Futures on the , and are trading in the green on Thursday while contracts on the tech sector are under pressure with futures down ahead of the US market open.

President-elect Joseph Biden is expected to announce a $2 trillion coronavirus relief plan at a speaking event after the US market closes today, which has lifted sentiment and boosted Treasury yields.

Reports that Biden and his advisers have discussed the cost of the fiscal stimulus package with Congress set in motion a cyclical rotation, boosting futures on the Russell 2000, whose listed small caps are more sensitive to the economic cycle.

Contracts on the NASDAQ were the only ones slightly in the red, as they do better when there are increased rates of COVID-19 infections or additional lockdowns are announced. Technology shares have significantly benefited from the work-from-home environment.

The Index advanced today with both sides of the cyclical rotation. Banks rallied on the outlook for higher inflation, and automakers rose with the expectation that an end to lockdowns will put cars back on the road. Unlike the US market, European tech shares advanced as well.

French retailer, Carrefour (PA:) fell 7%, halving yesterday’s 13.4% surge after reports that the French government suggested it would not approve its sale to Canadian Couche-Tard (TSX:). The worst pandemic in 100 years has turned the European country toward protectionism as it realizes the importance of domestic control of its food supply.

Asia was mixed, with Japan’s (+0.8%) outperforming despite the country’s government is set to expand the state of emergency to another seven prefectures including Osaka and Aichi.

China’s fell 0.9% after China reported its first COVID-19 death since April and an accelerating rate of contagion.

Stocks advanced Wednesday on Wall Street, while yields receded for the second session, posting the sharpest decrease in five weeks, amid optimism the economy will be boosted by ongoing Quantitive Easing from the Federal Reserve. Oil surprisingly declined after data demonstrated in the US.

However, incongruent with the view that the recovery will pick up pace, the was the leader of the pack. Intel (NASDAQ:) surged 7% after the chipmaker Pat Gelsinger as its new CEO, which will come into effect on Feb. 15.

However, investors should stay vigilant on the potential for a significant reversal, based on the technicals. 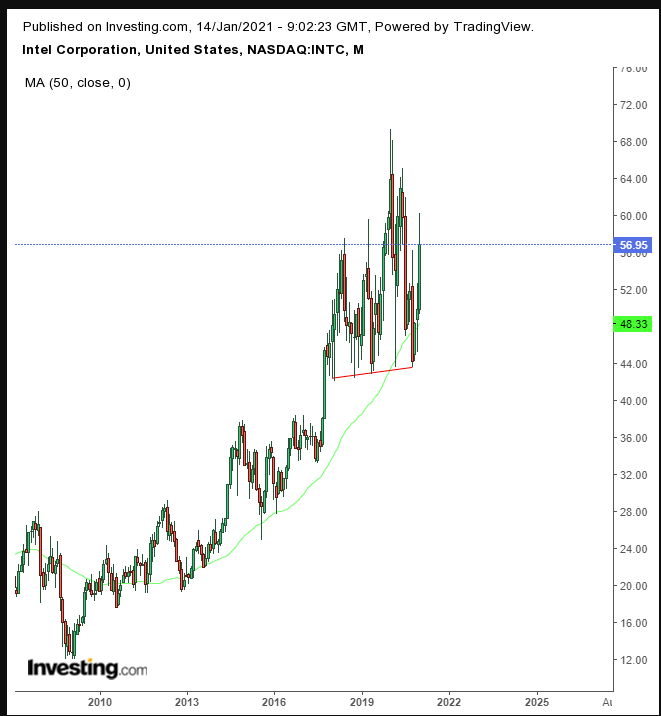 The stock is forming a massive H&S top, which started mid-2018 and would complete with a fall below $43.

Treasuries, including the , returned to a selloff after the report of potential additional government aid. 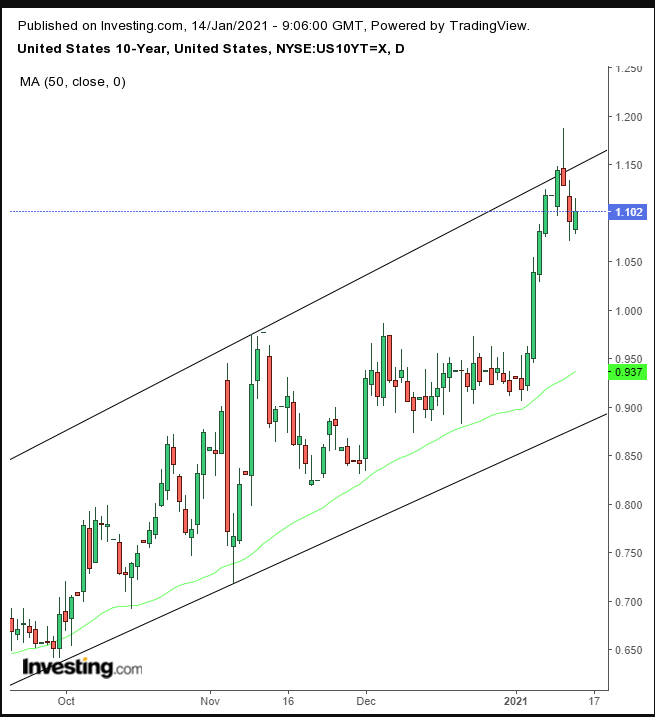 Yields are struggling with the top of a rising channel, which demonstrated its resistance when an attempt at breakout turned into a shooting star.

The continues to hammer against a resistance level, which flipped from a support in December. 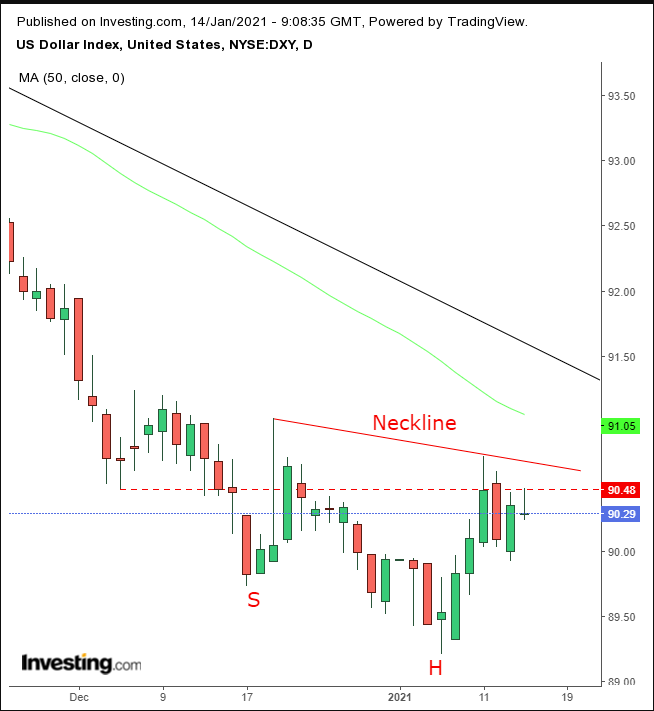 The greenback may be forming a small H&S bottom that would attempt to storm the downtrend line since the March highs.

is caught in the crossfire of a variety of technical forces. 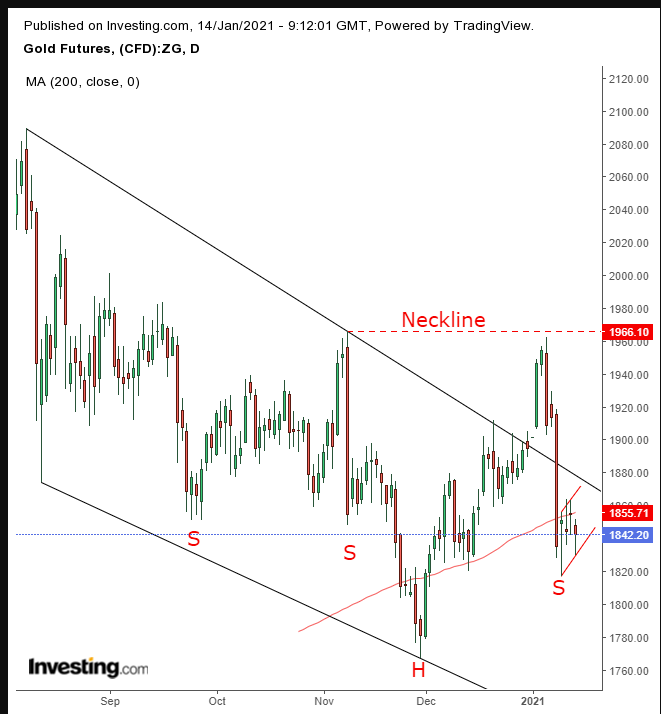 The yellow metal is confined within the stream of a falling channel since its August record, pushing it below the 200 DMA. But it’s also within a rising range, which could prove to be a bearish flag, even while it may be forming a H&S bottom. Navigating these crosscurrents could be tricky and requires risk-tolerance.

dropped for the second day on profit taking. Traders should of four significant oil market developments.