Just like Christmas, which everyone knows is coming, the lack of surprise does not diminish its ability to be a big event. That is the effect that last weekend’s deal by New York state legislators to legalize recreational cannabis is having on the marijuana sector. The state would become just the 15th in the US to allow recreational pot use.

An agreement was struck last Thursday that sets the stage to open what is estimated to be a US$4.6-billion cannabis market. With only the fine-tuning on the wording of the proposed bill left, the Democratic-controlled State Legislature is poised to pass a bill as early as next week that will legalize marijuana for adults 21 years of age and older.

According to reports, the new law would allow the sale of cannabis, which would be regulated by the newly-formed Office of Cannabis Management. Individuals would be allowed to grow their own pot, with a 12-plant-per-household maximum.

Club-like lounges would also be permitted to open what is being termed “consumption sites,” where the substance will be sold and consumed.

Legal marijuana would also be taxed at a rate of 13%, generating substantial revenues for the the state and local districts. An additional excise will be added on a sliding scale that will reflect the amount of THC, the active ingredient in cannabis. The tax structure is said to be similar to that imposed on alcohol.

It is not expected that cannabis will legally be sold in New York for another year or so, however. But the move is a significant step in the push for federal legalization in the US.

There are about 10 medical cannabis growers and operators in the New York State at the moment, including some of the biggest companies in the industry, including Acreage Holdings (OTC:), Cresco Labs (OTC:), Curaleaf (OTC:) and Green Thumb Industries (OTC:). And the deal gives them a clear advantage over new operators entering the state.

Keep An Eye On Cresco Labs

In addition to being positioned to leverage its operating advantage in New York, Cresco Labs is a stock worth watching in the cannabis space, after reporting stellar fourth-quarter last week. 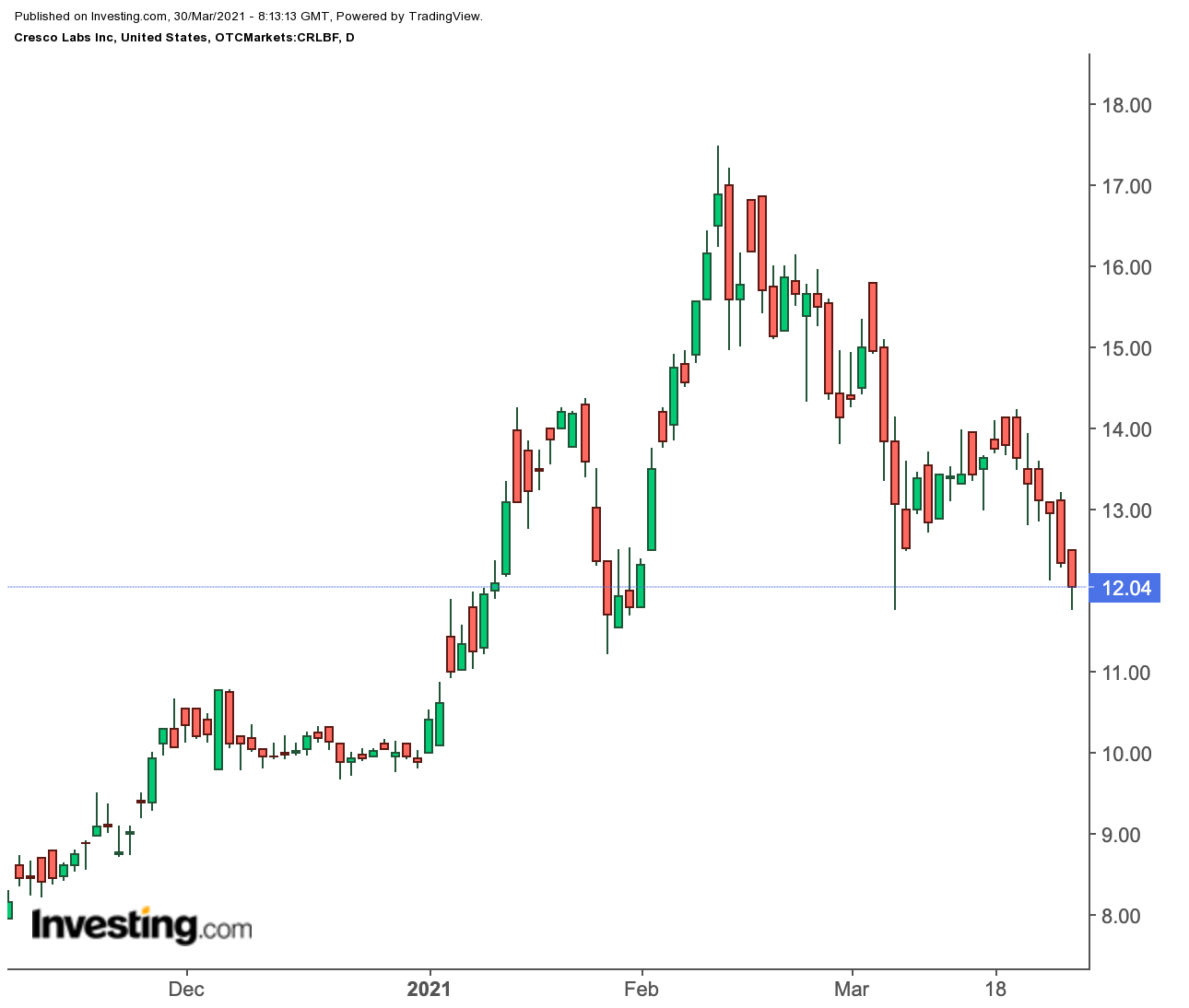 The Chicago-based company, which is one of the largest vertically-integrated multi-state operators in the US, reported it just about quadrupled its revenues for the three-month period ending Dec. 31 to $162.3 million. Gross profit for the quarter came in at $95.7 million, compared to $7.65 million in the same period the previous year.

CEO and company co-founder Charles Bachtell described the company’s performance in 2020 as the “largest year-over-year revenue grown among tier one (multi-state operators).”