There’s a lot happening in the middle of the most important earnings season of the year, to steal investor attention away from fundamentals. The frenzy over GameStop (NYSE:) and similar heavily-shorted stocks is the one market situation right now that can’t be ignored.

The rally was triggered by retail investors who organized themselves on social media sites, such as Reddit, to find stocks that hedge funds are recommending to sell, and then bidding up their values to create a short squeeze.

This so-called movement by retail investors against the Wall Street establishment gained further momentum the past week when Tesla (NASDAQ:) founder Elon Musk fueled the surge in GameStop shares by tweeting “Gamestonk!!” and a link to the WallStreetBets Reddit thread. Musk has long demanded the SEC ban short-selling, a practice which once damaged Tesla shares.

This campaign by social media-inspired retail investors is likely to continue to occupy markets in the week ahead when many mega stocks will also unveil their latest earnings. Here are the three stocks which investors should watch as the week unfolds:

This isn’t the kind of stock long-term investors would have focused on during normal times. However, the current activity surrounding this brick-and-mortar video game retailer has become a big indicator of a possible bubble in equity markets during the pandemic which has attracted an army of stay-at-home young investors, looking for the next great idea with which to make money. 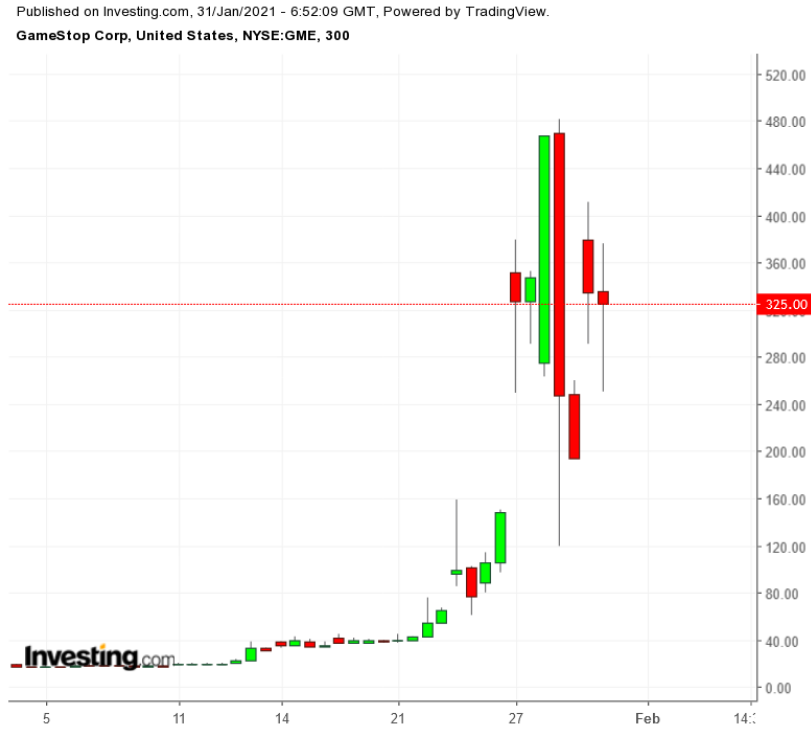 Shares of GameStop, based in Grapevine, Texas, along with other heavily shorted stocks, spiked once again on Friday, after Robinhood, the most popular platform for retail investors, said it was resuming limited trading of previously restricted securities.

The gain pushed GameStop’s rally in the past week to over 400% and this month to more than 1,600% as an army of retail investors, goading each other on via social media platforms decided to take on hedge fund short positions, creating short squeezes that would damage fund holdings. The stock closed on Friday at $325 with a market capitalization of $22.66 billion. It’s anybody’s guess how this frenzied buying activity will end, but GameStop isn’t the stock in which serious investors should consider taking a position.

The company has been closing down its stores as it to turn around its business as online games go digitial. Its sales are projected to decline by 18% this fiscal year, according to a Bloomberg estimate.

Online retail juggernaut Amazon.com (NASDAQ:) is scheduled to report Q4 earnings after the market closes on Tuesday, Feb. 2. The consensus is that the world’s most valuable e-commerce company by market cap will crush expectations based on its strong earnings momentum. 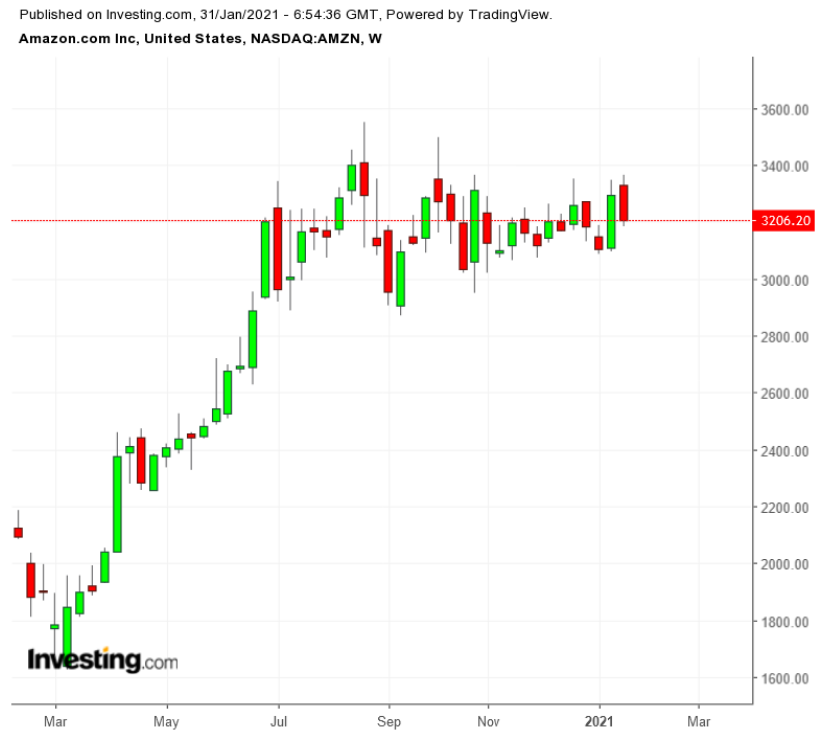 Sales are forecast to rise 37% to $119.68 billion from the same period a year ago, producing per share profit of $7.16. Amazon has been benefiting from the shift to online shopping during the COVID-19 pandemic. A steep jump in sales in Q4 would indicate that consumers bought more online during holidays even as the pandemic continued raging.

Amazon, however, warned in October that adjustments to its operations and greater spending due to CPVID-19 would continue to weigh on its per share profitability. Amazon shares closed on Friday at $3,204.40, almost unchanged during the past three months, following a strong run since the March dip.

Alphabet (NASDAQ:), Google’s parent company, will also be reporting Q4 earnings on Tuesday, after the market close. On average, expectations are for EPS of $15.7 on revenue of $52.89 billion. 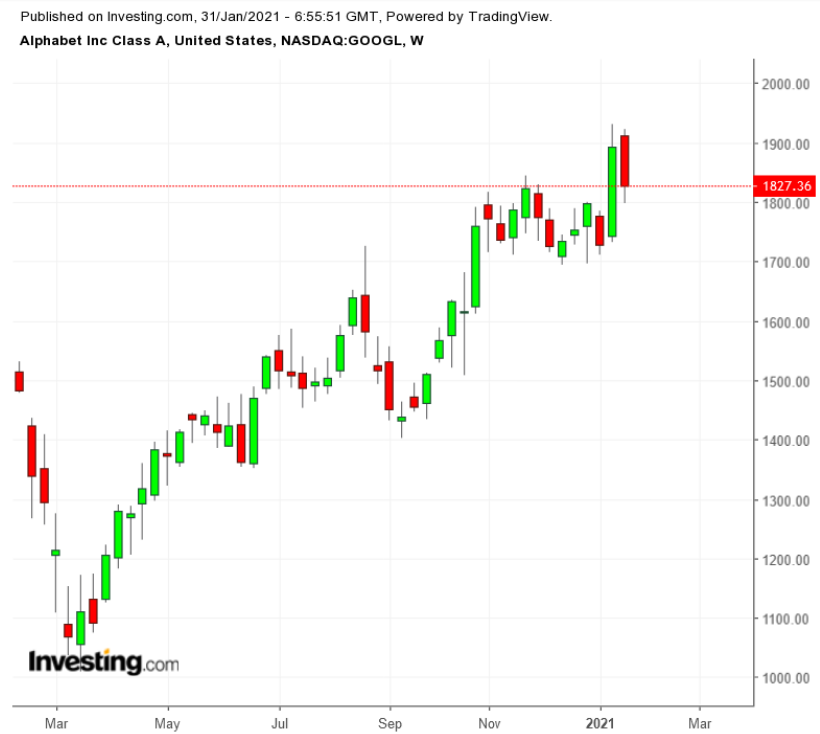 Shares of Google have underperformed during the past year, on concerns that the recession triggered by the coronavirus will force companies to cut digital ad spending, hurting this internet content and information behemoth. But the company surprised investors in October when its , far exceeding analysts’ expectations. The stock closed on Friday at $1,827.36, up about 25% during the past 12 months.

The world’s largest internet company has been trying to diversify away from search advertising for years by investing heavily in cloud services, digital video, consumer hardware and riskier long-term bets such as driverless cars.

With earnings uncertainty, multiple antitrust lawsuits in recent months have increased the risk of a regulatory action against the company which has been accused by state attorneys general of holding a monopoly in search and online advertising.