prices are maintaining their OPEC+ boost from last week. 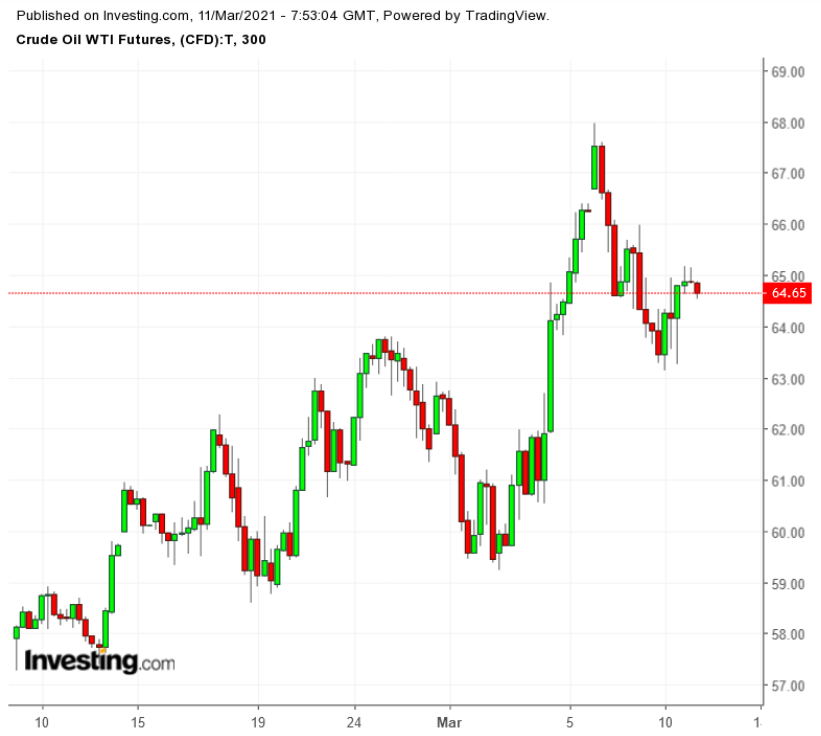 Nevertheless, aside from a brief spike due to a thwarted missile attack on Saudi Arabia, prices of the commodity haven’t risen all that much.

Below, some factors that could move oil and prices in the coming weeks.

1. Can OPEC+ maintain the price surge?

Last week’s OPEC+ meeting didn’t go the way most traders and analysts expected. Instead of easing supply cuts, which would have cooled the market, OPEC+ decided to keep production rates unchanged for April.

In addition, Saudi Arabia announced it plans to continue to keep its extra 1 million bpd of production off of the market for at least another month. 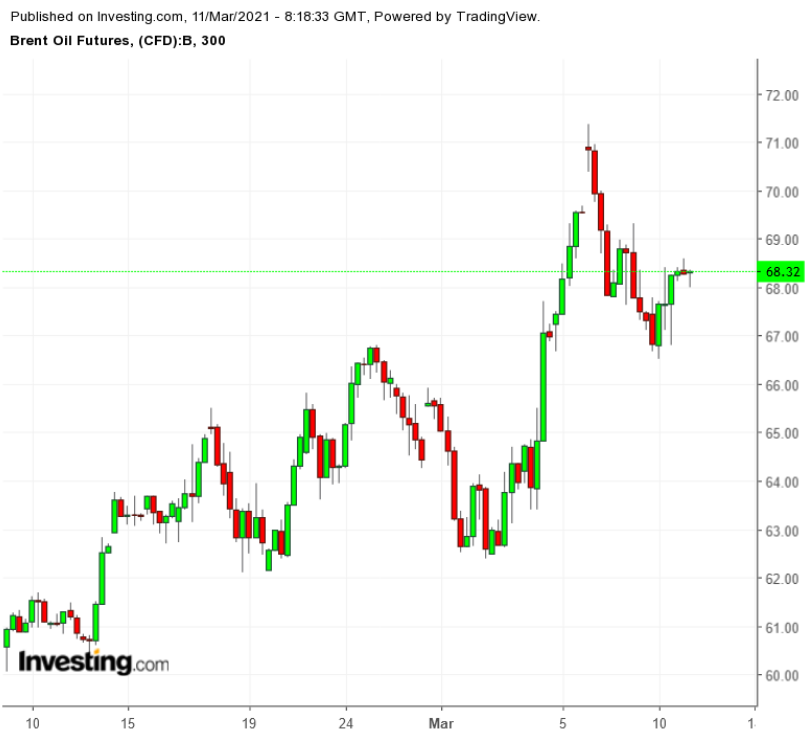 This news set off a rally in oil prices with gaining more than 5% and WTI rising 5%. But traders should be cautious about assuming that these price increases represent new price floors for the oil benchmarks.

First, the OPEC+ decision to keep its quotas (which amount to about 8 million bpd less than the group would probably produce absent quotas) only applies through the end of April. OPEC+ will meet again at the beginning of April to negotiate production rates for May.

This strategy of regularly adjusting quotas in reaction to the market is fairly new, because OPEC and OPEC+ had previously set production rates for at least 6 months at a time.

Second, production rates are not necessarily supply rates. According to data from two tanker-tracking services, Saudi oil exports did not decline in February as much as they should have, in accordance with Saudi Arabia’s extra 1 million bpd production cut. Exports did show further decline at the end of the month, but data still indicate that Saudi Arabia was maintaining export levels by selling stored oil.

Third, traders should keep in mind that Russia, again, secured OPEC+’s blessing to increase its oil production in April by 130,000 bpd. Though Russia’s compliance with production quotas has been better in the recent winter months, Russia does have a history of overproducing.

Experience indicates that it is likely Russia will overproduce, and it will be able to increase production more easily in the spring and summer months as Siberia thaws.

2. U.S. gasoline prices are accelerating, but for how long?

Higher crude oil prices aren’t entirely to blame for higher gasoline prices in the U.S. Last month’s freeze in Texas disrupted about 40% of U.S. refining capacity, and it’s still not all back online yet.

According to the EIA, refinery operating rates in the PADD3 region, which includes Texas and the Gulf Coast are still only operating at 61% of normal. For comparison, this is the lowest the refinery utilization rate has been in this region since 2010.

Part of the reason gasoline stocks are lower than average for this time of year: refineries haven’t been operating at their usual rates and crude oil has been going into storage instead of to refineries.

Traders should expect this imbalance to even out as refinery utilization returns to normal and crude oil stocks are drawn down, especially after the refineries complete their scheduled switch-overs to produce summer blend this month and next. The question is, whether refineries will be able to keep up with demand as we head into the summer driving season.

They should have no problem doing so if U.S. demand stays in the 8 to 9 million bpd range, but some analysts believe U.S. demand could grow to 10 million bpd this summer. That would put pressure on prices to rise.

In addition, traders should keep an eye on gasoline exports, because the U.S. maintains a robust gasoline export business. If refiners can get even higher prices selling gasoline abroad, they will. This would put further pressure on prices to rise, and it is unclear how the current administration in Washington, D.C. would react to significantly higher gasoline prices.

3. Will Iranian oil return to the market?

With Saudi Arabia and other Middle Eastern suppliers keeping a significant amount of oil off of the market, India and China are turning towards Iran to satiate their appetites for cheaper crude.

India was dismayed by OPEC+’s decision not to increase production. India clearly felt snubbed when Saudi oil minister Abdulaziz bin Salman said India shouldn’t complain about rising oil prices since India bought and stored plenty of cheap oil in 2020. Perhaps in response, India told its state refineries to diversify their sources away from their current mix of Arab oil.

According to a report from , both China and India are preparing to increase their imports of Iranian oil in the near future. The Iranian National Oil Company (NIOC) started reaching out to customers in Asia after U.S. President Joseph Biden took office, under the assumption that the sanctions against Iranian oil will be lifted.

According to data from Reuters, China more than doubled its imports of illicit Iranian oil between December, 2020 and the end of February, 2021. India had halted its Iranian oil imports due to the U.S. sanctions. According to some Indian officials, refineries in India could resume importing from Iran as soon as June.

Traders should watch oil from Iran as it will likely impact the market, regardless of whether sanctions are officially lifted. Even the news of an increase in illicit oil sales to China (or the start of illicit sales to India) would be enough to push prices lower.