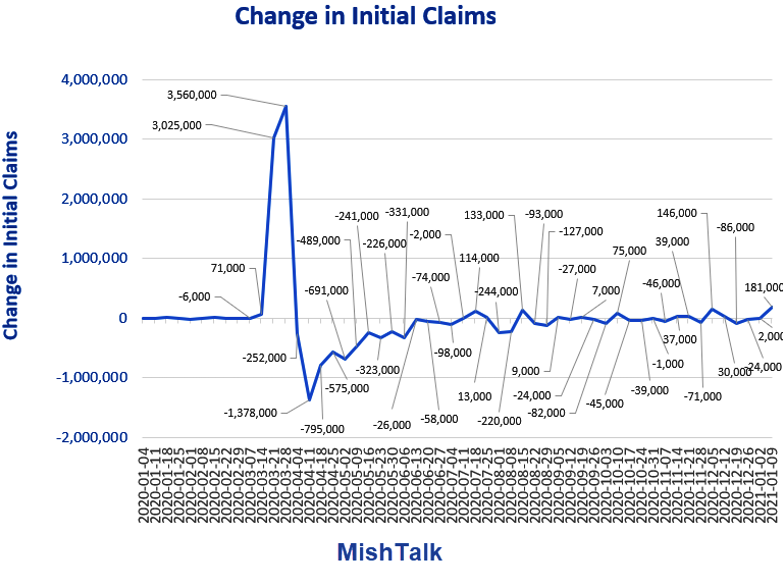 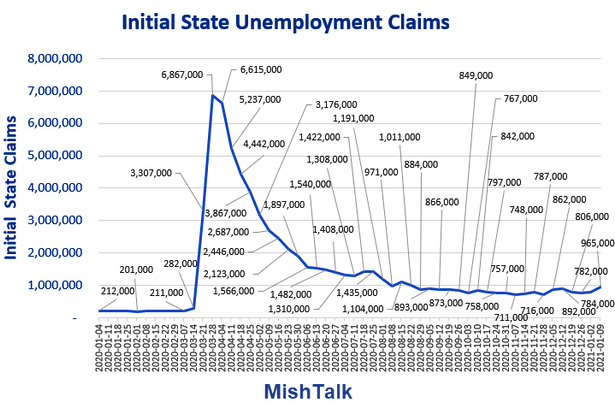 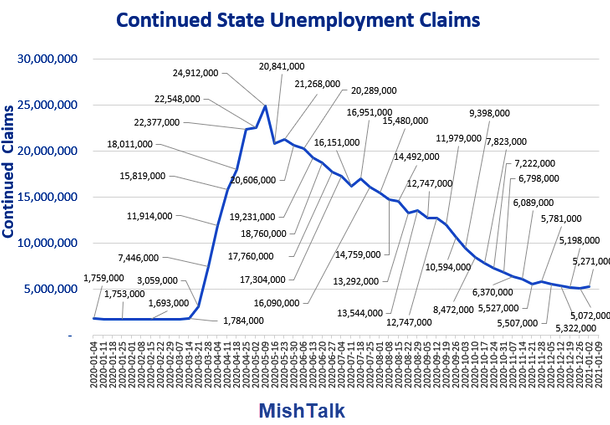 s lag initial claims by a week. Continued claims appear to have bottomed and likely have.

A number of people dropped off the rolls because they expired all of their weekly benefits.

Although Congress extended emergency benefits such as PUA and PEUC, those programs expired for a short while. Numbers for those programs are even more distorted so I will wait for a bit to comment.

Jobs Recovery Has Gone Into Reverse 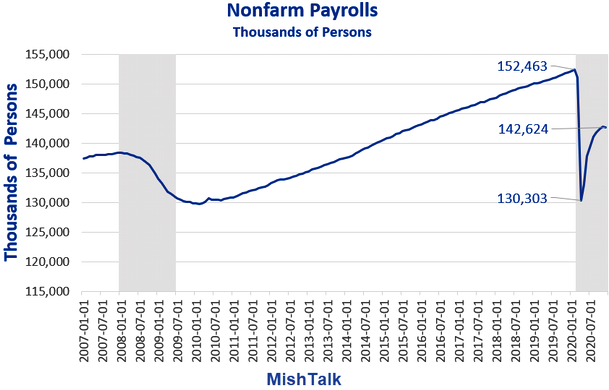