The government’s initial estimate of fourth quarter economic is expected to confirm that the healing continues following last year’s dramatic coronavirus-triggered recession. Although this week’s data will reflect a sharp deceleration in growth from the unusually high increase in Q3, Thursday’s release (Jan. 28) from the Bureau of Economic Analysis is on track to deliver upbeat news.

Output in Q4 is projected to rise 4.2%, based on the median nowcast via a set of estimates compiled by CapitalSpectator.com. That’s essentially unchanged from the previous estimate published earlier this month—an encouraging sign because it suggests that the latest numbers haven’t changed the outlook for a continuation of the economic rebound. 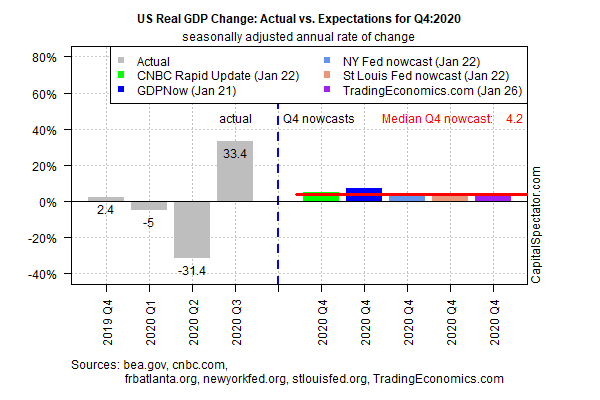 A survey-based estimate of economic output also points to the continuation of the expansion. The flash estimate of the US Composite Output Index for January rose to 58.0, a two-month high that’s well above the neutral 50 mark that separates growth from contraction. 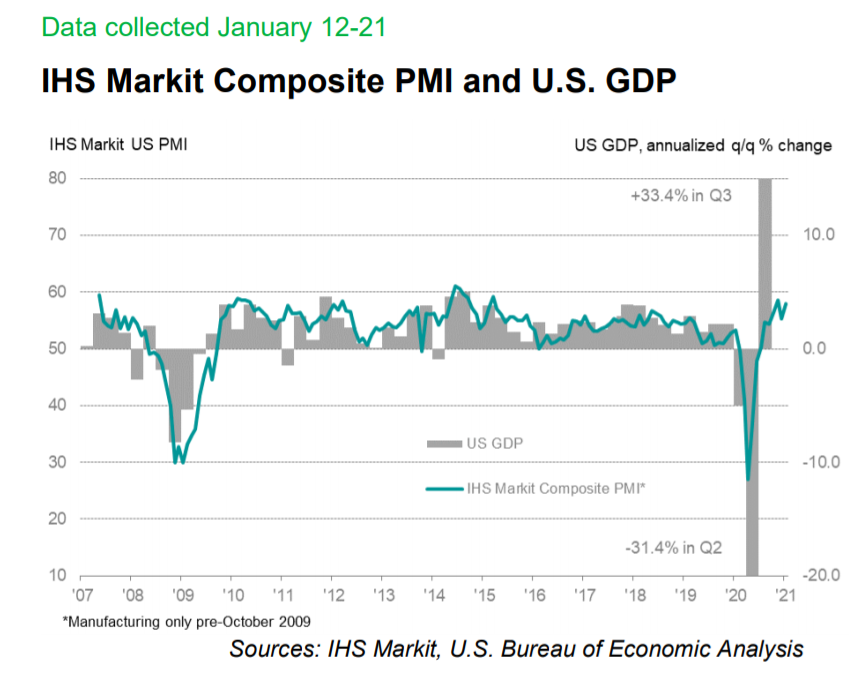 “US businesses reported a strong start to 2021, buoyed by hopes that vaccine developments will mean the worst of the pandemic is behind us, and that the new administration will provide a stable and supportive environment for stronger economic growth,” says Chris Williamson, chief business economist at IHS Markit, which publishes the Composite Output Index.

Despite the encouraging numbers, the US still faces troubling economic challenges that aren’t obvious when looking at the macro trend from a top-down perspective. On the short list of worrisome issues: the ongoing blowback for the labor market, a legacy of last year’s coronavirus recession, which continues to sever workers from employers at an alarming rate.

totaled 900,000 in the week through Jan. 16, a level that far exceeds the peaks in past recessions (excluding 2020’s contraction). This week’s update (Jan. 28) is expected to report a similarly high increase, based on Econoday.com’s consensus point forecast. 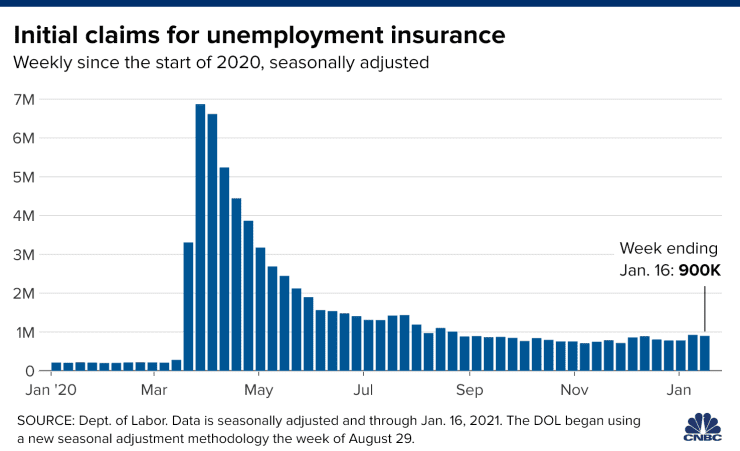 “While the vaccine offers a light at the end of the tunnel, we’re still far away from a complete reopening of the economy that could drive rehiring and stem further layoffs.”