“Even the most circumspect friend of the market would concede that the volume of brokers’ loans—of loans collateraled by the securities purchased on margin—is a good index of the volume of speculation.” – John Kenneth Galbraith, The Great Crash 1929

There are all sorts of signals pointing to rampant speculation in the stock market today. And if we are to measure it by way of margin debt (normalized by the size of the economy), then what we are witnessing is, in fact, a level of speculation that dwarfs anything seen in modern times. 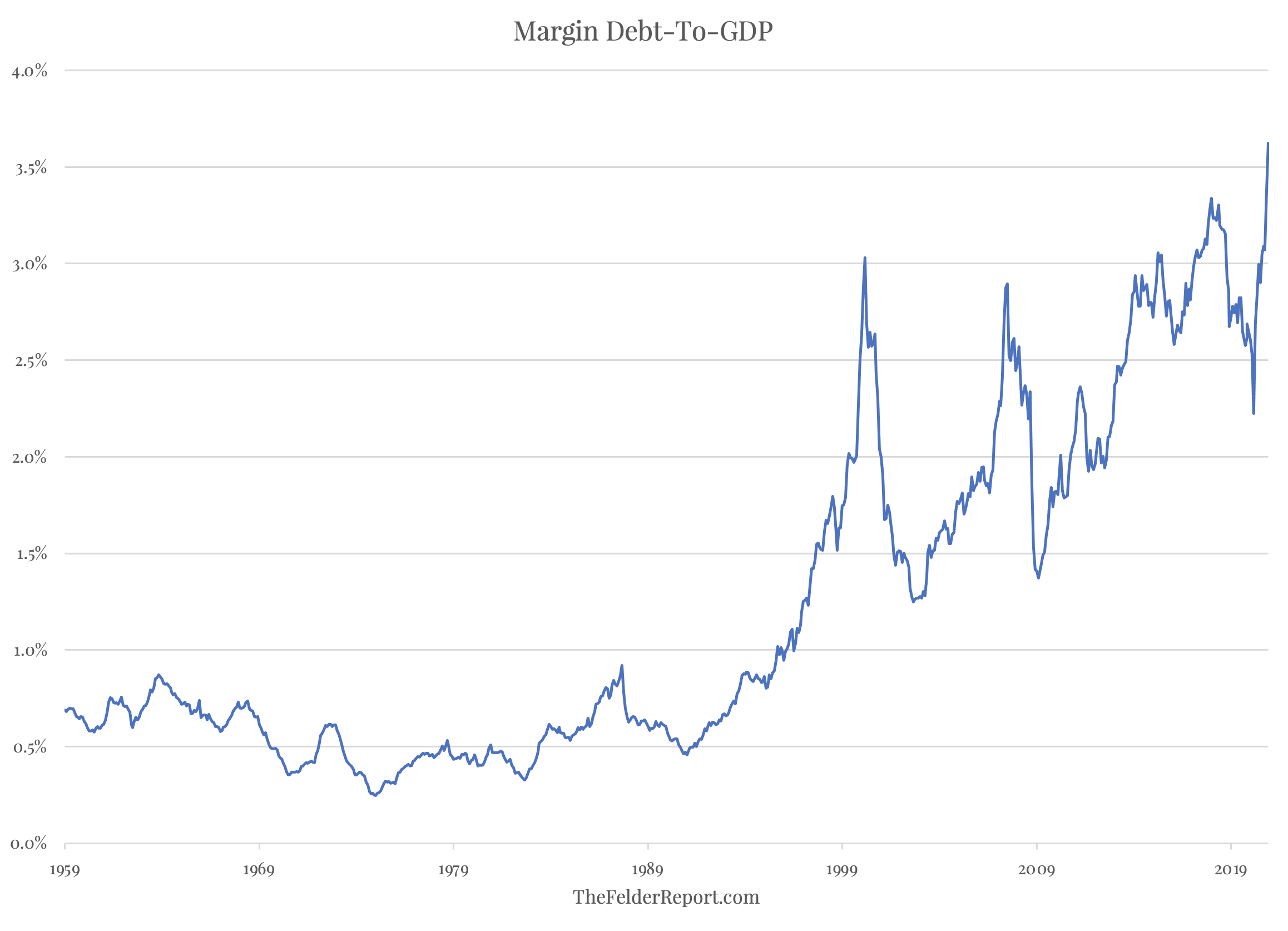 Not only is the overall level of margin debt hitting new highs, the 9-month increase in the total amount of margin debt also just soared to a new record. It’s hard to believe that both of these could be possible simultaneously, that off of such a massive base the amount of debt used to speculate could increase so rapidly, but there you have it. 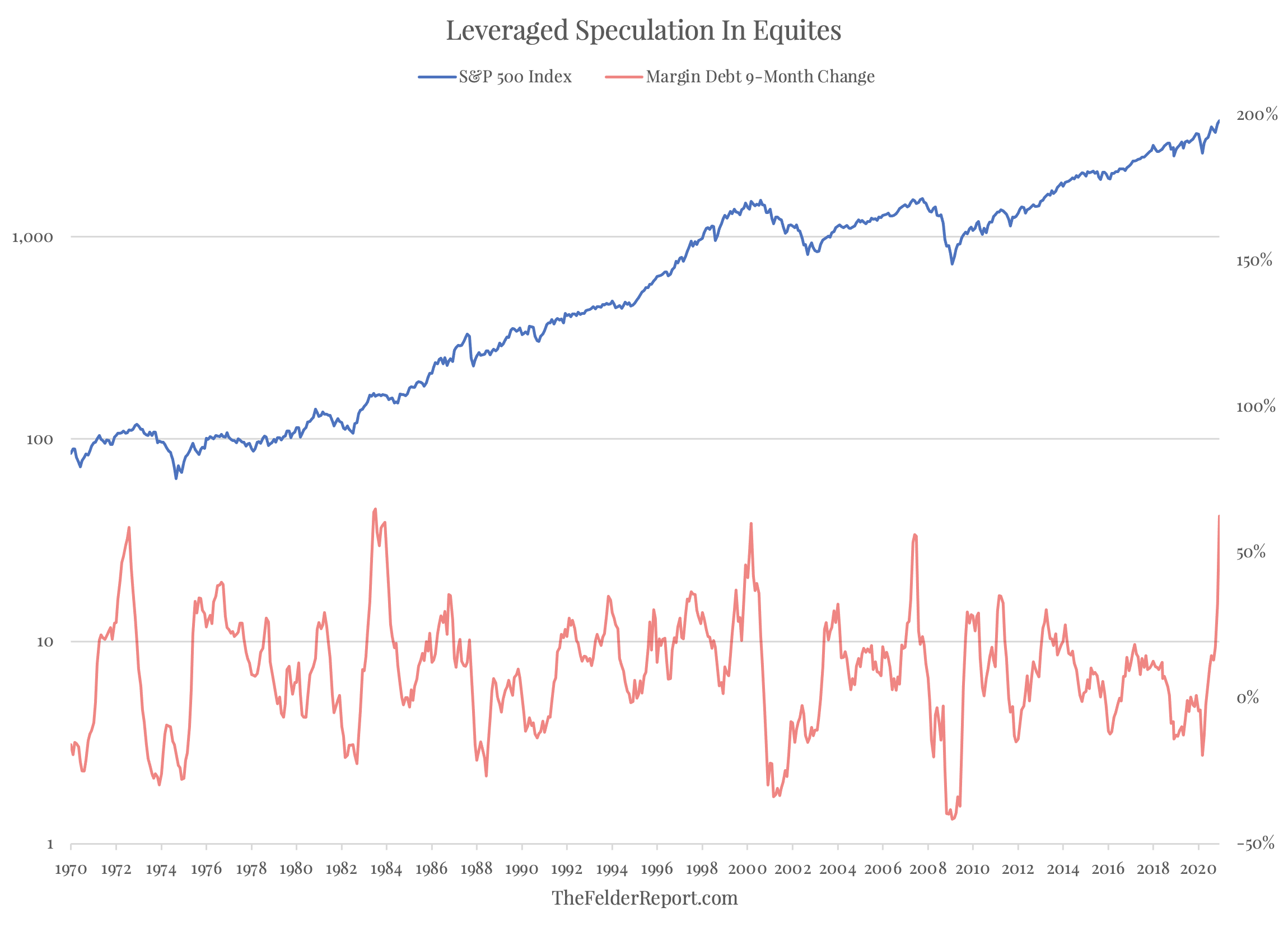 Close observers of the chart above will notice two things: first, when margin debt has soared in the past like it just did, it almost always coincides with a major peak (see: 1972, 2000 and 2007—1983 was the exception and when you consider that valuations were extremely cheap at the time and margin debt was coming off relatively miniscule base it’s not hard to see why the correction following that increase was relatively muted).

Second, the bear markets following these surges in margin debt were, to some extent, driven by a natural deleveraging process that took the 9-month change deep into negative territory. In other words, the boom sows the seeds of its own bust.