One of my favorite investing legends is Oaktree Management’s Howard Marks. His investing wisdom and in-depth knowledge of investor psychology and market dynamics are unparalleled. Given the “speculative mania” we continue to watch in the market, I thought a review of some of his previous thoughts is appropriate.

Over the weekend, I re-read some previous research and ran across an interview between Goldman Sach’s Hugo-Scott Gall and Howard Marks. The talk ranged from investment decisions to behavioral dynamics. While the interview occurred in 2013, it is just as relevant as if he said it yesterday.

I have annotated some of the points for clarity.

Hugo Scott-Gall: How can we understand investor psychology and use it to make investment decisions?

Howard Marks: It’s the swings of psychology that get people into the biggest trouble, especially since investors’ emotions invariably swing in the wrong direction at the wrong time. When things are going well people become greedy and enthusiastic, and when times are troubled, people become fearful and reticent. That’s just the wrong thing to do. It’s important to control fear and greed. 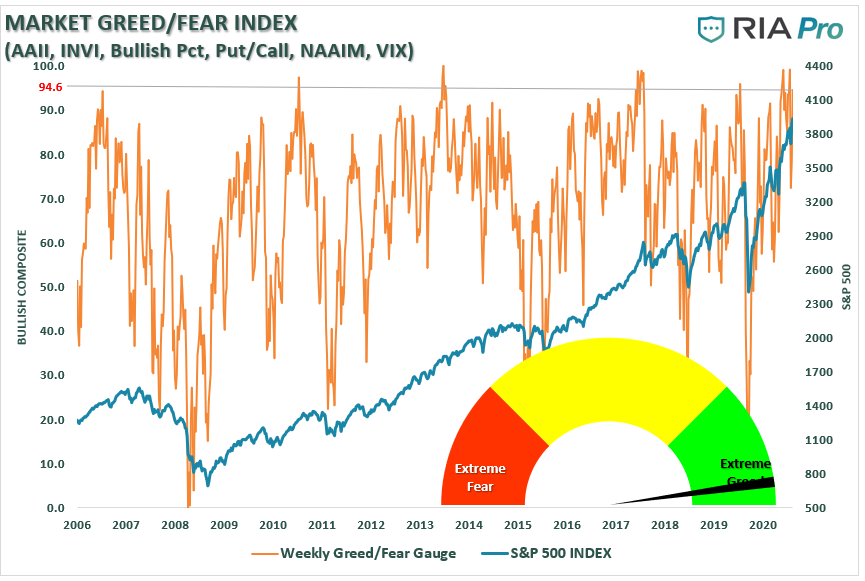 Another mistake that people often make is to compare themselves with others who are making more money than they are. They mistakenly conclude they should emulate the others’ actions after they’ve worked. This is the source of the herd behavior that so often gets them into trouble. We’re all human and so we’re subject to these influences, but we mustn’t succumb. This is why the best investors are quite cold-blooded in their professional activities. 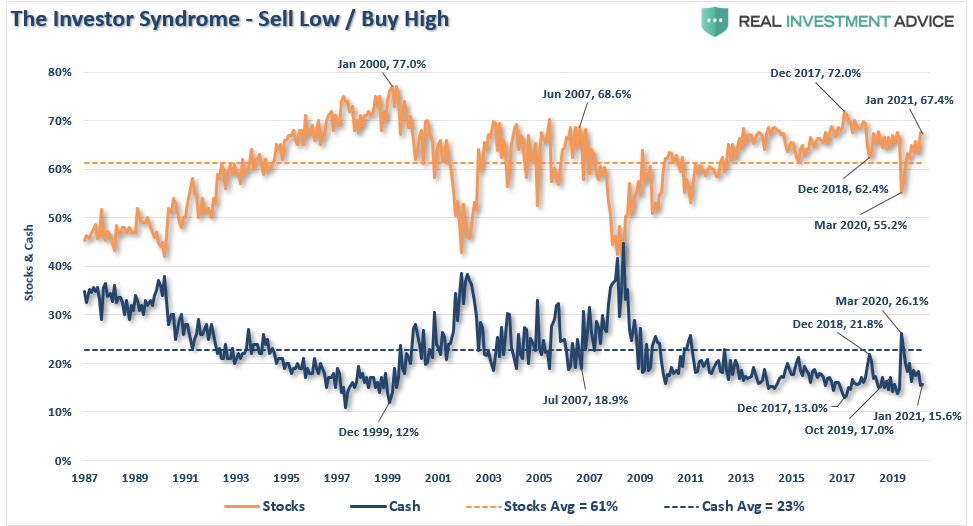 We can infer psychology from investor behavior. That allows us to understand how risky the market is, even though the direction in which it will head can never be known for certain. By understanding what’s going on, we can infer the “temperature” of the market.

We need to remember to buy more when attitudes toward the market are cool and less when they’re heated. For example, the ability to do inherently unsafe deals in quantity suggests a dearth of skepticism of investors. Likewise, when every new fund is oversubscribed, you know there’s eagerness. 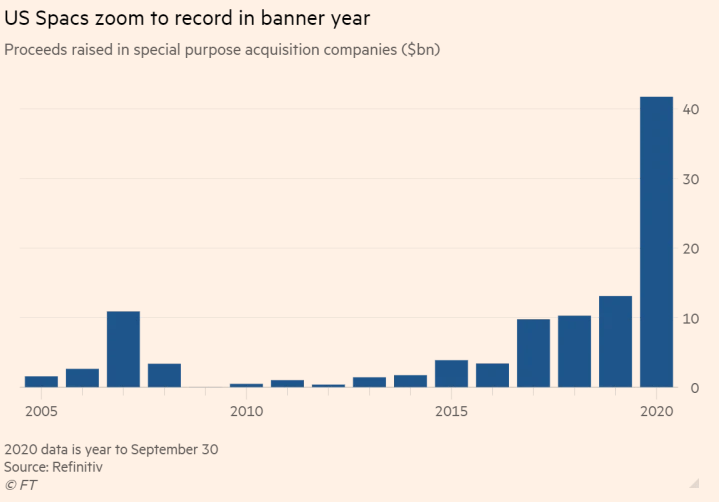 Too little skepticism and too much eagerness in an up-market – just like too much resistance and pessimism in a down-market – can be very bad for investment results.

I agree thoroughly. In order to understand how much prudence others are applying, we need to observe investor behavior and the kinds of deals getting done. In 2006 and 2007, just before the onset of the financial crisis, many deals got done that left me scratching my head. That indicated low levels of risk aversion and prudence. We can’t measure prudence through a quantitative process. Therefore, we have to infer it by observing the behavior of market participants. 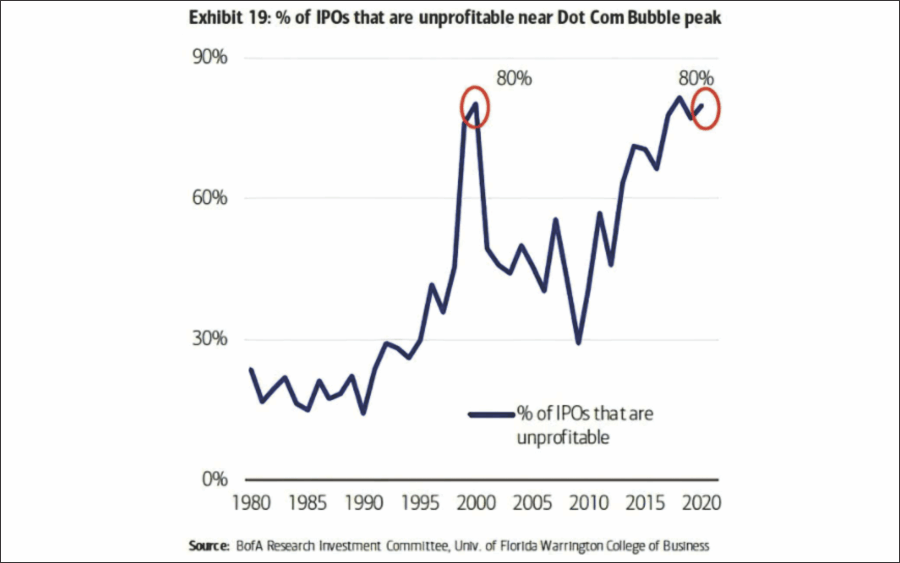 The fundamental building block of investment theory is the assumption that investors are risk averse. But, in reality, they are sometimes very risk averse and miss a lot of buying opportunities. Sometimes they are very risk tolerant and buy when they shouldn’t. Risk aversion isn’t constant or dependable. That’s what Buffett means when he says that when other people apply less, you should apply more.

Hugo Scott-Gall: Why do behavior patterns and mistakes recur despite the plethora of information available now? Are we doomed to repeat our mistakes?

It’s extremely important to know history, but the trouble is that the big events in financial history occur only once every few generations. In the investment environment, memory and the resultant prudence regularly do battle with greed, and greed tends to win out. 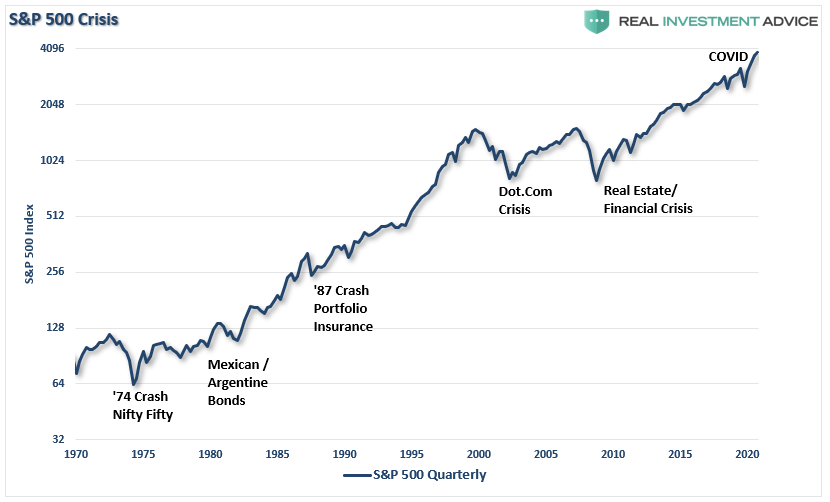 Prudence is particularly dismissed when risky investments have paid off for a span of years. John Kenneth Galbraith wrote that the outstanding characteristics of financial markets are shortness of memory and ignorance of history.

In hot times, the few who do remember the past are dismissed as relics of the old, lacking the ability to imagine the new. But it invariably turns out that there’s nothing new in terms of investor behavior. Mark Twain said that “history does not repeat itself but it does rhyme,” and what rhymes are the important themes. 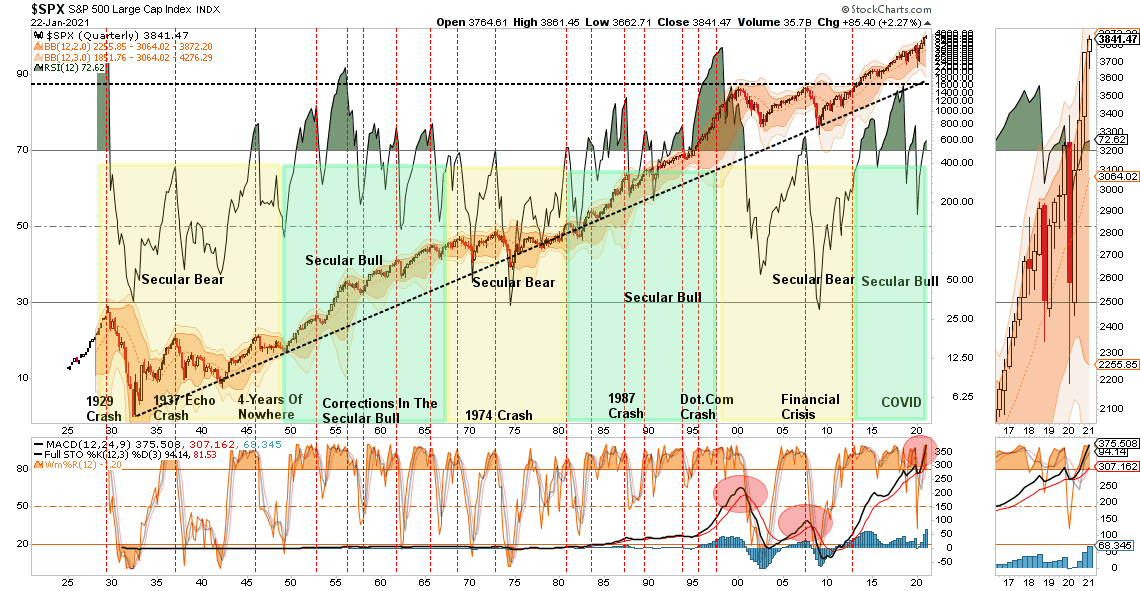 The bottom line is that even though knowing financial history is important, requiring people to study it won’t make a big difference, because they’ll ignore its lessons. There’s a very strong tendency for people to believe in things which, if true, would make them rich. Demosthenes said,

“For that a man wishes, he generally believes to be true”

Just like in the movies, where they show a person in a dilemma to have an angel on one side and a devil on the other, in the case of investing, investors have prudence and memory on one shoulder and greed on the other. Most of the time greed wins. As long as human nature is part of the investment environment, which it always will be, we’ll experience bubbles and crashes.

Hugo Scott-Gall: Success in our industry often leads to overconfidence. How do good investors avoid that?

“It ain’t what you don’t know that gets you into trouble. It’s what you know for sure that just ain’t so.”

One of the chapters in my book is about the importance of knowing what you don’t know. People who are smart often overestimate what they know, and this tendency can grow, particularly if they are financially successful. And eventually, you get to the master of the universe problem that Tom Wolfe identified in “The Bonfires of the Vanities.” 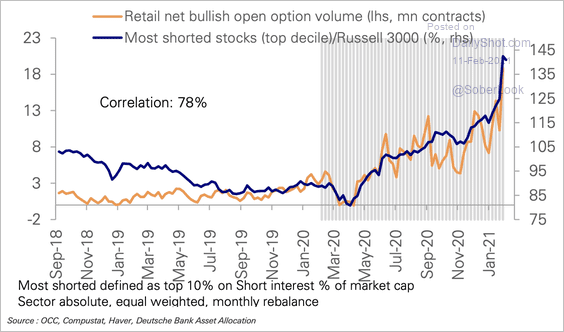 I believe there’s a lot we don’t know, and it’s important to acknowledge that. I’m sure I know almost nothing about what the future holds, but a lot of people claim to know exactly what’s going to happen. I consider it very dangerous to listen to them. As John Kenneth Galbraith said,

I’m proud to say I’m a member of the first group. Amos Tversky, who was a great behaviorist at Stanford University, said that,

That is particularly true for investing. I’d much rather have my money run by somebody who acknowledges what he doesn’t know than somebody who’s overconfident. As Henry Kaufman, the noted economist pointed out, 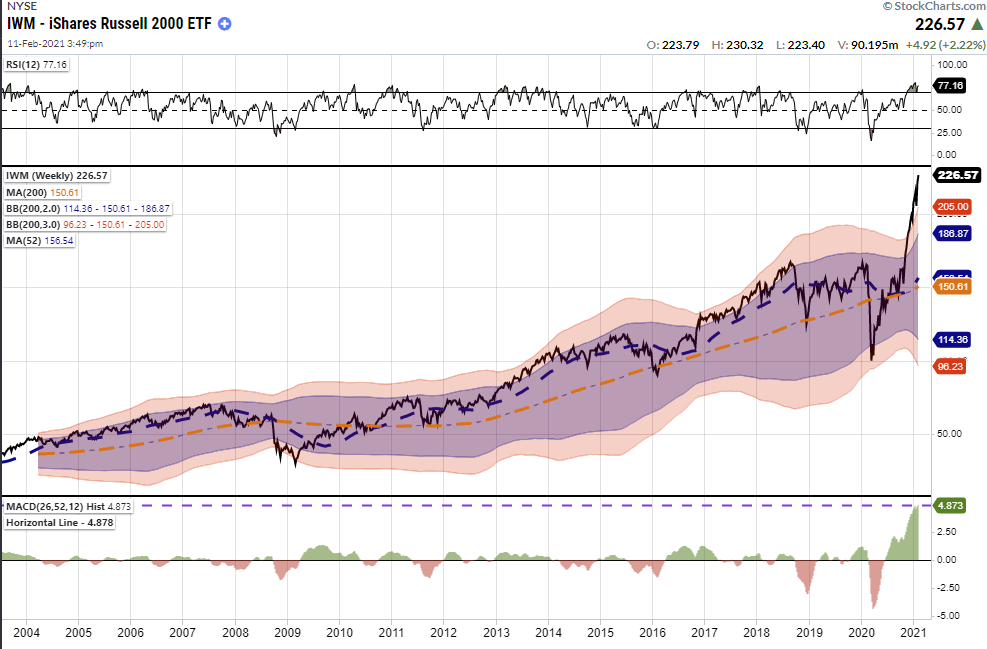 Hugo Scott-Gall: Have you always been, or did you learn to be self-aware and emotionally disciplined?

Howard Marks: I’m inherently unemotional, and I’ve also observed for 45 years that emotions swing in the wrong direction and learned that it’s extremely important to control it. In the market swoon of 1998, I had an employee tell me he was afraid the financial system was going to melt down. I heard him out and then told him to carry on with his work.

I don’t compare myself or my colleagues to them, but battlefield heroes aren’t people who are unafraid; they’re people who are afraid and do it anyway. And so we must keep investing; in fact, we should invest even more when it is scary, because that’s when prices are low.

“If you’re not confused you don’t understand what’s going on”.

In the fourth quarter of 2008, I paraphrased that to say, “If you’re not afraid you don’t understand what’s going on.” Those were scary times. But even if you’re afraid, you have to push on. In the depths of the crisis in October ’08 I wrote a memo that I’m particularly proud of, called ‘The Limits to Negativism.’ It touched on the importance of skepticism in an investor. 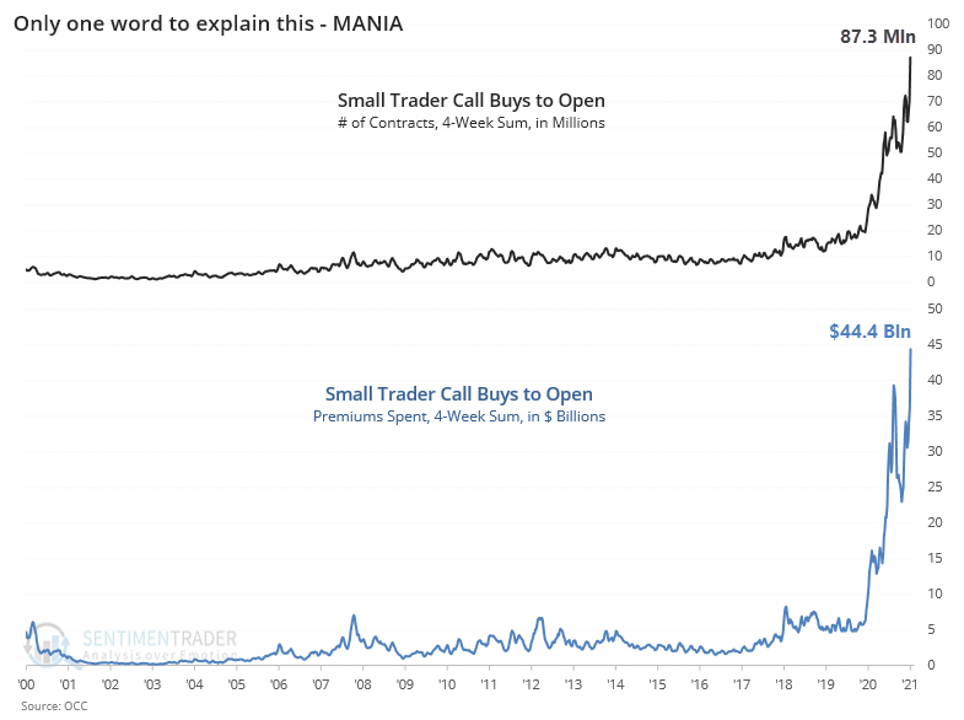 In good times skepticism means recognizing the things that are too good to be true; that’s something everyone knows. But in bad times, it requires sensing when things are too bad to be true. People have a hard time doing that.

The things that terrify other people will probably terrify you too, but to be successful an investor has to be stalwart. After all, most of the time the world doesn’t end, and if you invest when everyone else thinks it will, you’re apt to get some bargains.

Hugo Scott-Gall: How do you think about the current very low interest rate regime?

Howard Marks: Yes. The point is that today you can’t make a decent return safely. Six or seven years back, you could buy three to five-year Treasurys and get a return of 6% or so. So you could have both safety and income. But today, investors have to make a difficult choice: safety or income. If investors want complete safety, they can’t get much income, and if they aim for high income, they can’t completely avoid risk. It’s much more challenging today with rates being suppressed by governments. 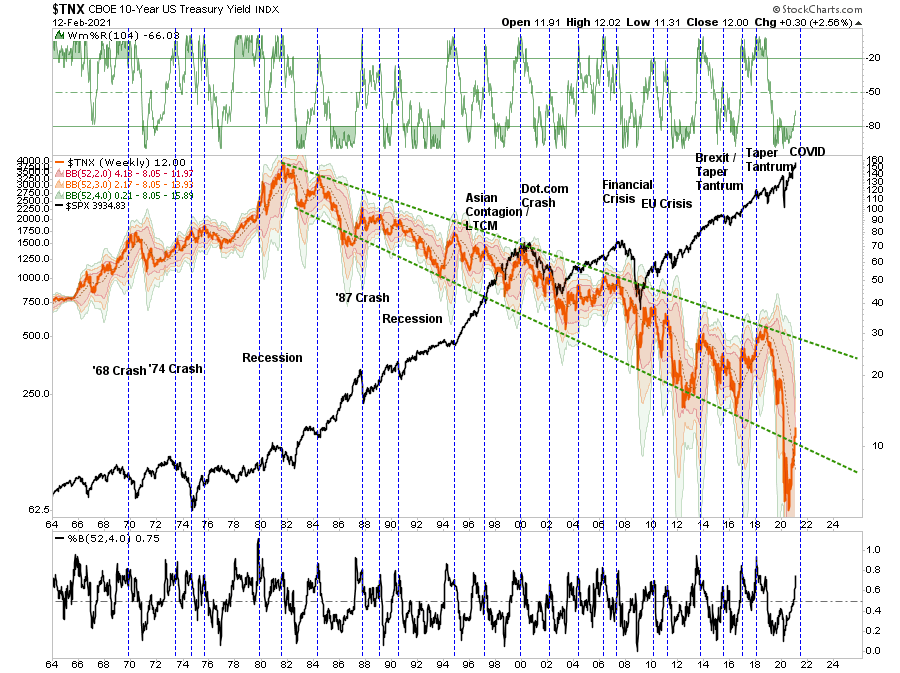 This is one of the negative consequences of centrally administered economic decisions. People talk about the wisdom of the free market – of the invisible hand – butthere’s no free market in money today. Interest rates are not natural. They are where they are because the governments have set them at that level. Free markets optimize the allocation of resources in the long run, and administered markets distort the allocation of resources. This is not a good thing… although it was absolutely necessary four years ago in order to avoid a complete crash and restart the capital markets.

Hugo Scott-Gall: Where would you want to be if you were starting your career as a contrarian today?

Howard Marks: A market being interesting in the long term and being cheap at the moment are two different things. Credit and debt investing is still very, very attractive and interesting to spend time in, even though it may not be especially rife with great bargains today 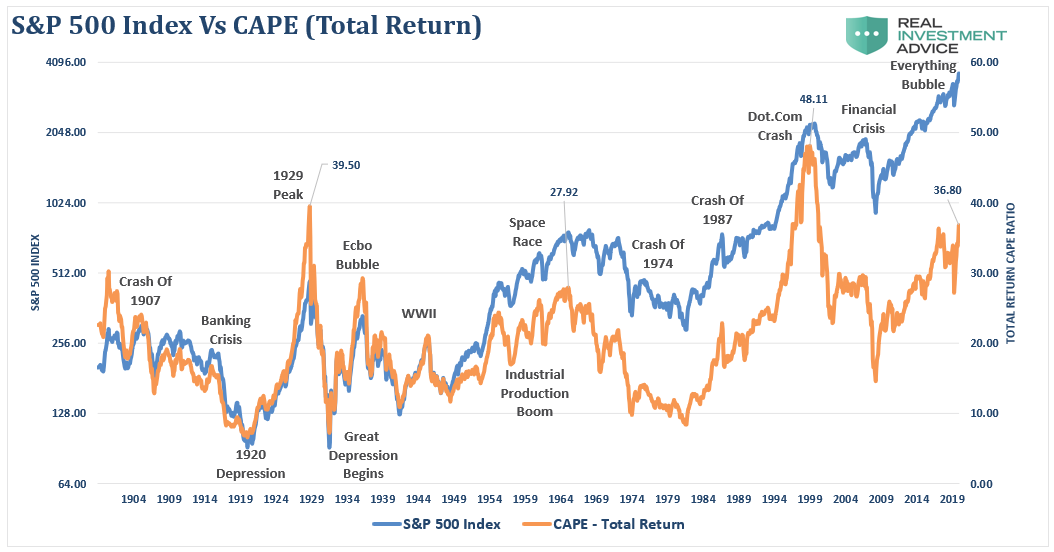 The more things change, the more they remain the same.