The markets are altering slightly at the beginning of the week, but this is unlikely to override the previous achievements of this month. Partly due to the effect of a low base after the drop at the end of last month, the MSCI World Global Markets Index has increased 13% in November, the strongest monthly growth in the index’s history. In light of this, the correction rollback appears like a logical progression over the coming days.

Interestingly, the slight weakening in equities is not observed by all markets. The and dollars have rewritten their local highs. Some developing country currencies are also continuing their climb.

Elsewhere, European currencies are developing an upward trend against the dollar. extends its invasion in the area of 3-month peaks above 1.1970. The bulls are targeting the test of 1.2000. It traded above this level for only a few hours on September 1st, and this was the first time since May 2018. 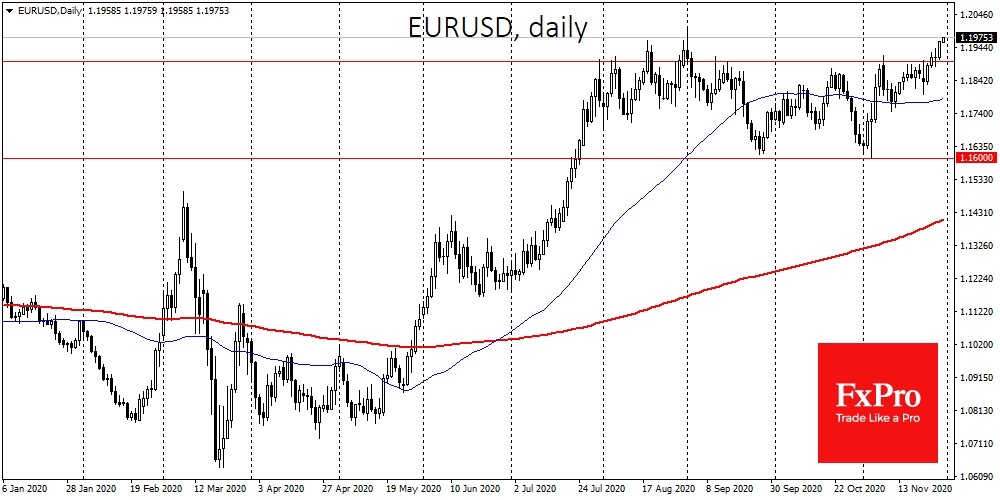 EURUSD extends its invasion in the area of 3-month peaks

The prolonged outflow of funds from the EM and European markets left a lot of room for investors to buy at the signs of light at the end of the tunnel with the vaccine. This made it attractive to purchase shares after a long decline.

at the beginning of the week is developing a decline, which also indicates a reversal of the trend of recent months. The precious metal corrects the two-year upward trend that started in August-October 2018 from a level of $1180 to a record $2000.

Today’s shift in stock market sentiment has not brought buyers back to gold, which fell to $1765, setting the tone for the temporary nature of the share drawdown. 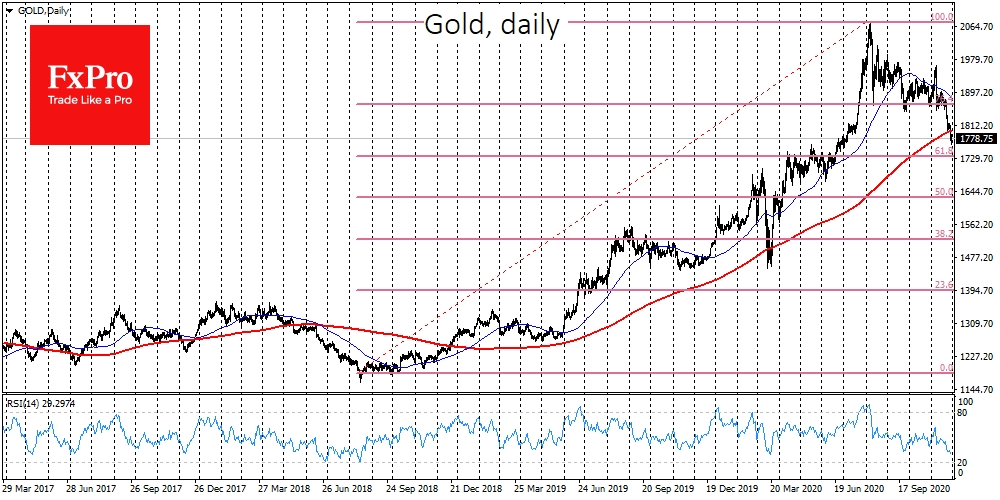 The situation with oil is even more complicated. Despite 2.5 year lows of the , has been losing more than 1% since the beginning of the day, rolling back after the peaks touched in the middle of last week.

It is also interesting that the Chinese found strong resistance to enter the 6.50 per dollar area earlier in November and is now developing a decline in the pair with the dollar, despite strong PMI scores.

US indices, despite strong growth in November, remain close to important levels where growth had previously lost momentum. These are 3600 for , 30,000 for Dow Jones and 12,000 for Nasdaq100. 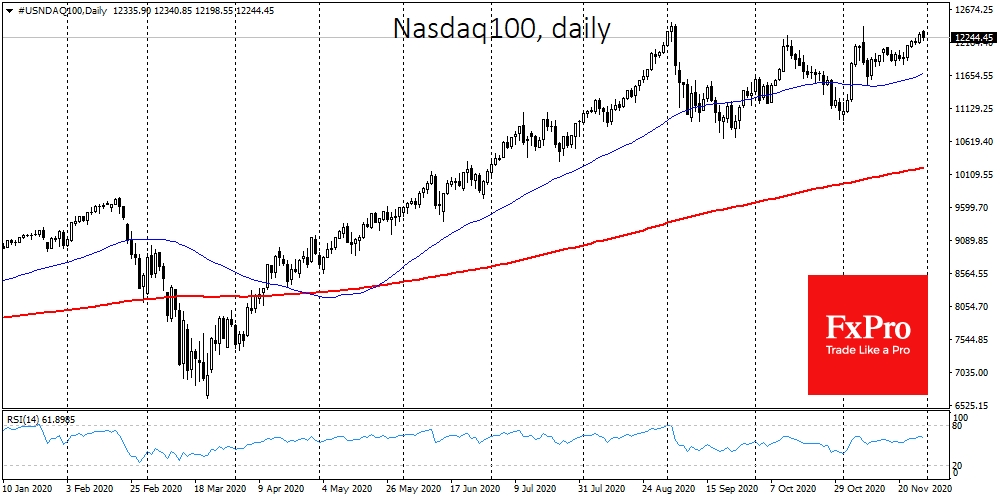 Depending on the point of view, the glass is either half empty or half full. Only time and observation will tell. Several important speeches by world central bank governors are scheduled for the coming days, as well as the publication of critical data, including a US employment report this Friday.