Economists expected the to increase by 0.4 percent. They were not close. 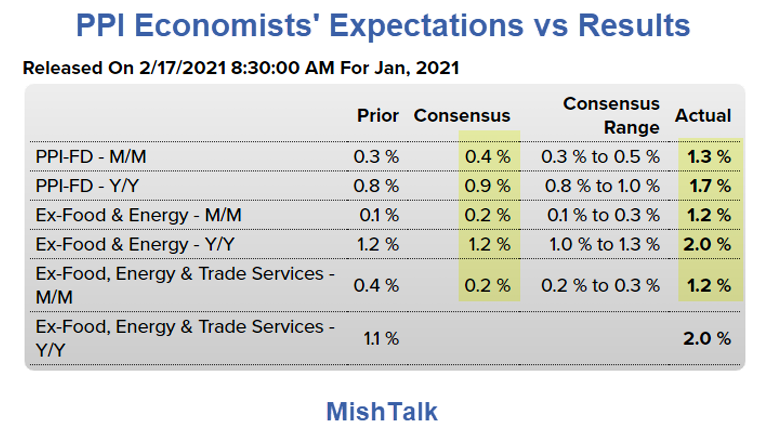 That’s a pretty bad set of misses courtesy of Econoday with PPI Report Numbers from the Bureau of Labor Statistics (BLS). 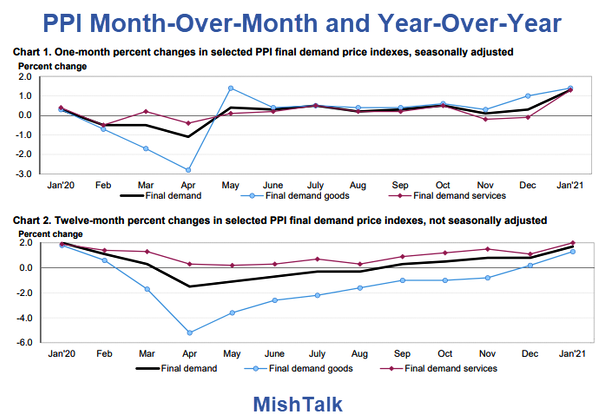