The “disorderly conditions in markets” that Federal Reserve Chair, Jerome Powell pointed out late last week, appear to persist on Monday as the global trading week opened this morning. Futures on the , , and slid after their rally on Friday.

The weakness in gold continued while the dollar rallied.

Yields, including on the Treasury note, crossed above 1.6% again. If they close at this level, it would be a new yearly high.

Futures on the NASDAQ tumbled by more than 2% but recovered slightly and are trading down 1.5% at the time of writing, as the outlook for higher interest rates puts technology valuations under the microscope.

Big tech has seen massive profit growth since the outbreak of the coronavirus last year which forced people into the online world when they could not leave their homes due to lockdown restrictions. 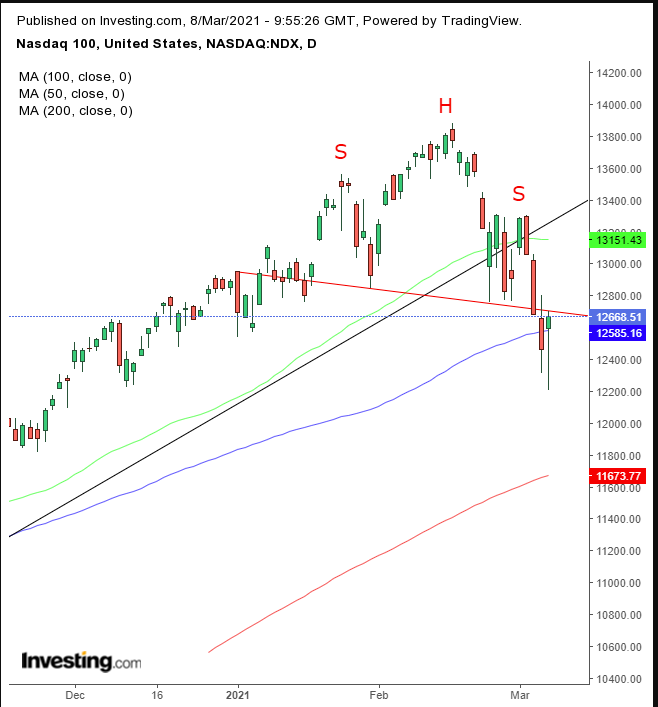 surged and traders could almost taste the $68 level for the first time since 2018, after Saudi Arabia announced the world’s largest crude terminal by a drone.

In Europe, oil and gas and travel and leisure shares, as well as banks lifted the Index. While the recent OPEC+ decision to maintain production levels and the news of the attack on the key Saudi oil site certainly pushed the price of oil and gas higher, it was not the only driver. The move is part of the reflation trade, where sectors that underperformed during the COVID-19 lockdowns are now springing to life.

Not only did travel and leisure—the most obvious reflation bet—rally on improved sentiment, it did so despite rising energy prices, which typically depresses the sector. We, therefore, consider this even more bullish for the reflation trade. And, of course, banks are rising as they are the immediate beneficiaries of higher interest rates, their bread and butter.

Most of Asia sold off earlier today, as inflationary worries and overpriced technology stocks overshadowed the economic benefit from the $1.9 trillion US stimulus. China’s led the declines, dropping 2.3%, after China’s foreign minister warned the US to end its support of Taiwan, a move which was initiated by former US President Trump, and said the US should not cross China’s “red line”—its claim to Taiwan.

However, it wasn’t just rhetoric this time, China suspended pineapple imports from Taiwan, which characterized the move as further suppression. China’s state news said Taiwan has “politicized” a health issue. What will gain much more attention is the news that China has expanded two air force bases in Taiwan’s air defense identification zone.

On Friday US markets rallied strongly, continuing the gyrations of the past five weeks which were driven by the on the same score—a Treasury selloff, whose spiking yields seem to usher in and rising US interest rates.

Yields have been rising for the past six straight weeks, for the first time since February 2018, and for six of the last eight months.

The is strengthening for the fourth straight day and for the third week in row in what may appear as counterintuitive, given the outlook for inflation. The rising costs of goods and services render the value of each dollar unit proportionately less.

However, any rise in inflation may mean that investors believe the Fed will abandon and raise interest rates, which would counteract the inflationary erosion of the dollar.

Then, again, you might think the current hike is nothing more than a short squeeze. But how could that be the case for such a length of time? Well, there was bearish interests, including from us. 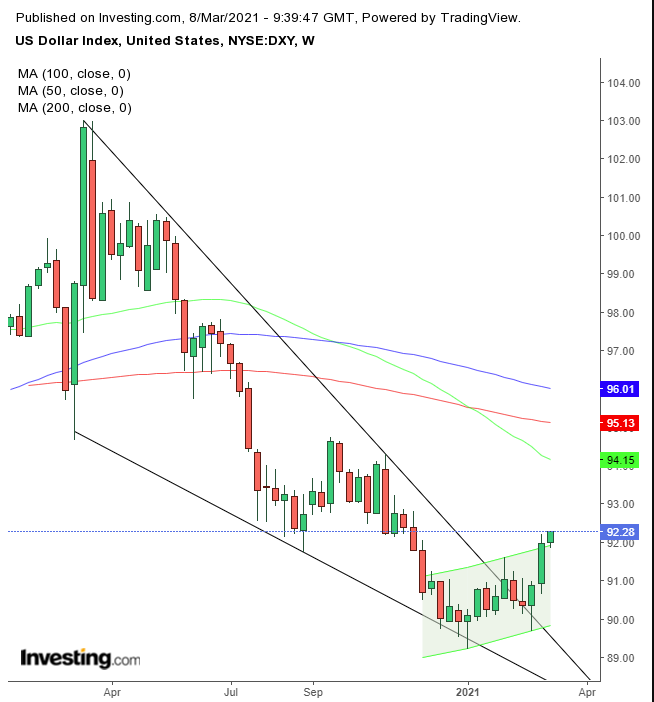 The dollar completed a falling wedge, established a short-term uptrend and is now struggling to break fee of its current range to steepen its advance. 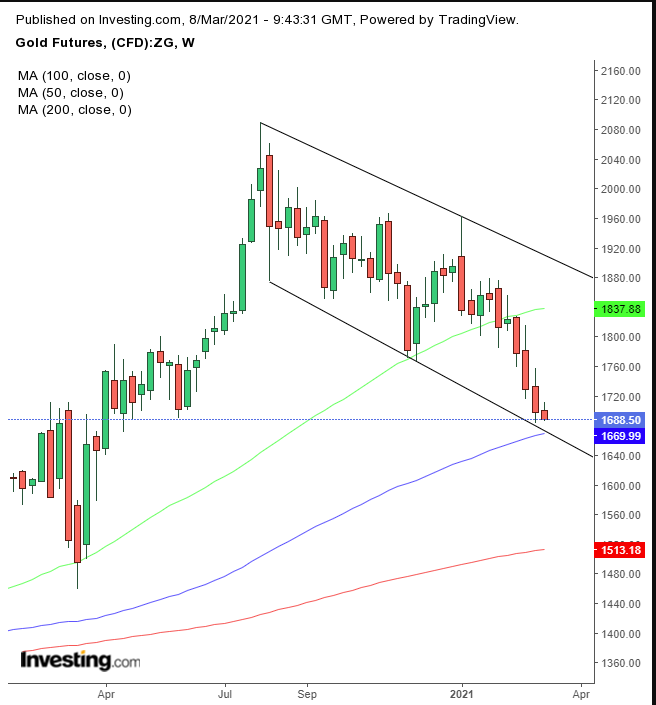 The yellow metal is down for the fourth straight week, or six out of seven weeks. It is trading within a falling channel, but it off the bottom, where buyers have been overcoming sellers, pushing prices back toward the channel top.

Like the physical gold, the digital gold, , also slipped, dropping once again below $50,000.

Oil pared gains after investors gave their “two cents” when WTI reached just two cents below the $68 mark, for the first time since October 2018. 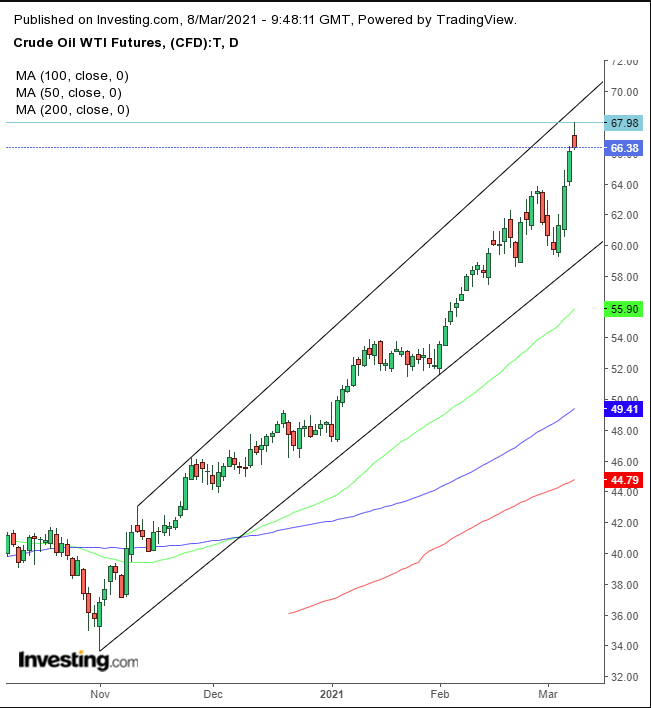 The price backed away having reached the top of its rising channel.