US futures on the , , and and global equities all advanced on Monday as investors, nervous from the fallout of a war , focused on Friday’s news from China that credit tightening was not in the cards.

surged past $30 for the first time since 2013, as the Reddit-fueled, social media trade face-off shifted its focus to the commodity. Gold also benefited.

Yesterday we how the recent retail trading phenomenon is having unintended consequences, and today in Europe, the performance of the Index has been driven higher by silver miner shares.

Silver contracts leapt as much as 12% as retail traders united to take on the precious metal trade, and weekend demand bought out silver bar and coin stocks.

All four major US futures were up this morning, with the NASDAQ 100 contracts outperforming the Dow and S&P. This pattern resumes last week’s surge in tech shares which continue to benefit from the expectation that coronavirus social restrictions will endure for some time as the virus keeps spreading and additional new strains emerge while vaccine distribution continues to prove challenging.

Stocks in Asia rose on Monday after AstraZeneca (NASDAQ:) said it would increase its supply of COVID-19 vaccines to the European Union by 30%, easing concerns for a slower economic recovery.

South Korea’s (+2.7%) led the region higher, as online traders in the country—no doubt inspired by the Reddit impact on the entire financial market—led a to stop the government from lifting its restriction on short selling.

Hong Kong’s (+2.1%) rallied with the tech sector, after reports that Chinese Central bank officials denied rumors it had raised interest rates on a standing loan facility, offsetting the disruption created by the war of retail investors against hedge funds.

prices were said to rise on the change in perception of China’s tightening. However, the red metal failed to hold on to gains, extending a decline. 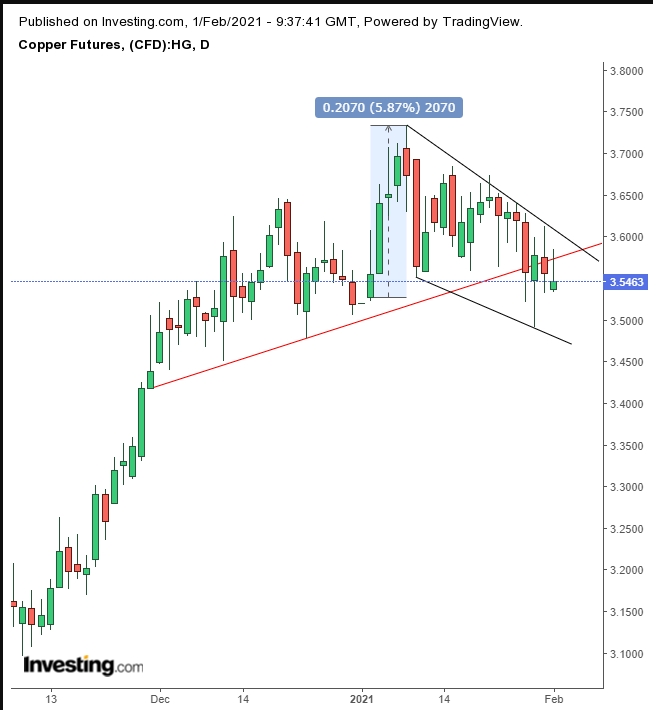 Copper’s failure to keep up the price, appears to be part of a topping pattern. Today’s trading produced an inverted hammer, and the decline is within a range that could prove to be a bullish, falling hammer, following a near 6% surge within 5 sessions that preceded the flag.

Yields, including on the Treasury note, have broken the top side of a falling flag. 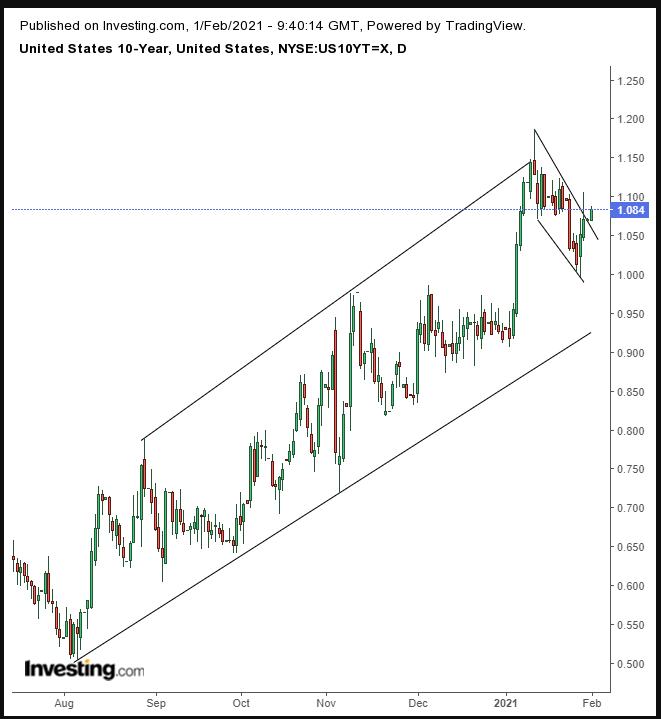 The move signals a resumption of the uptrend along the rising channel, as traders keep selling Treasuries, presumably, in favor of equities.

was up 0.9%, though it’s not clear the move had anything to do with . The real story is in silver, up 12% or almost 20% over the past three sessions, crossing the $30 level for the first time since 2013, after completing an ascending triangle. 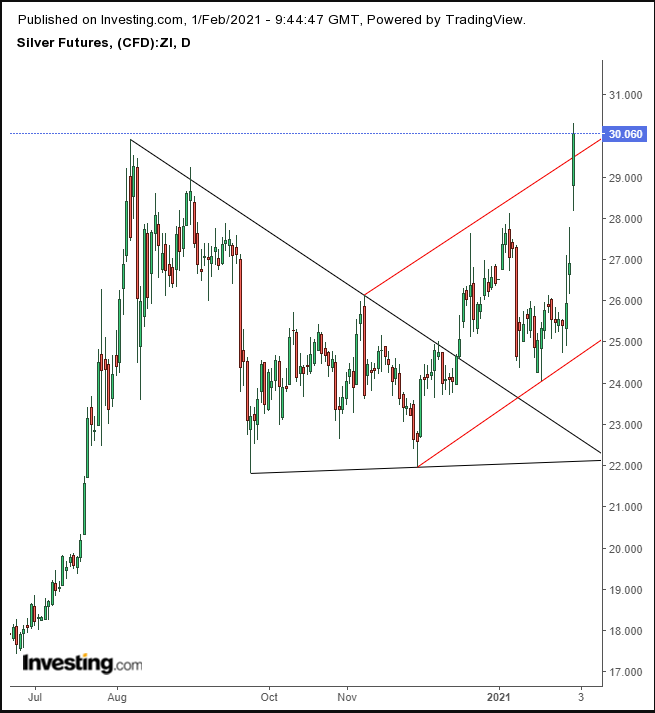 If the price will manage to stay above its rising channel, it is a signal of a more drastic rate of ascend to follow.

is up 3.3% after Elon Musk the crypto is on “the verge of broad acceptance.” However, that was not enough to provide a decisive upside breakout of a falling channel, that will likely propel the digital currency higher. 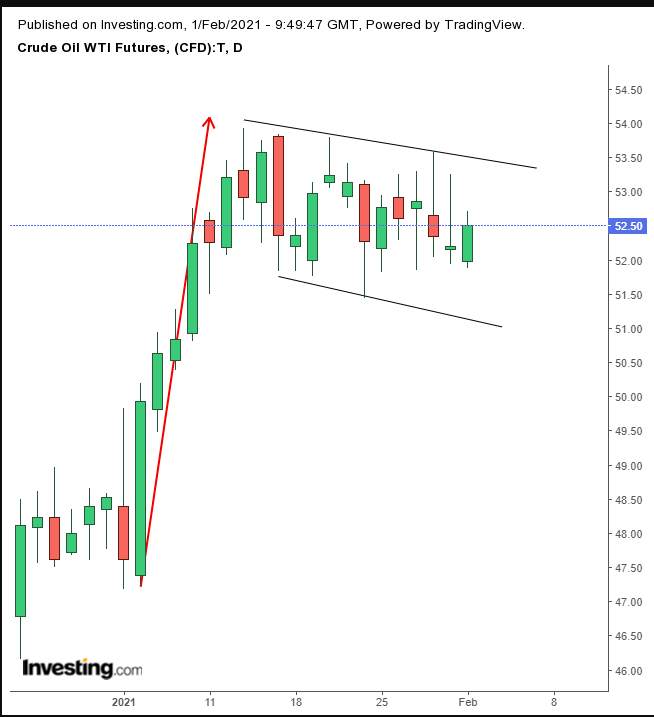 Still, it was trapped within a falling channel, whose upside breakout may take it towards the $60 mark.