Futures on the , and were wavering in trading on Monday, after a mixed Asian session, while futures extended a rebound amid receding yields. Markets were also spooked after Turkish President Recep Tayyip Erdogan his central bank chief, sending the plummeting 15%.

Futures on the NASDAQ 100 were the only contracts in green ahead of the US open, almost one percent higher, at the time of writing. On the other hand, futures on the Russell 2000 were only marginally higher, demonstrating a reversal of the reflation trade. While the Fed’s dent in growth expectations may have caused profit-taking, it isn’t enough to say bets on the cyclical rotation will stop.

In Europe, technology stocks, that outperformed during lockdowns, and carmakers, which increased profits as the economy reopened, were in positive territory, even though the Index was only slightly up.

In Asia earlier today, China’s (+1.1) outperformed in what we consider a corrective move, within what we expect will prove to be a downtrend, as regulators have been consistently warning of a bubble. 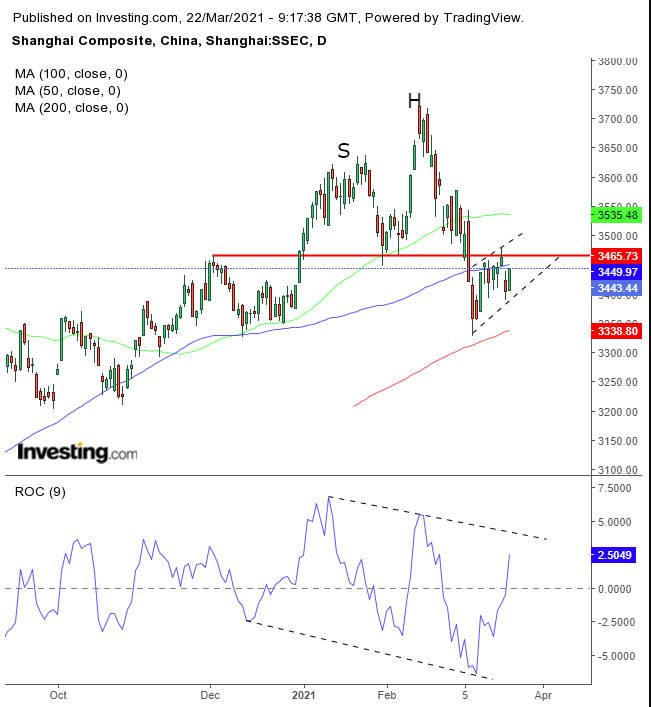 The overall demand for Chinese shares has been so weak, amid a negative divergence in momentum, that the price failed to form the right shoulder of a H&S top. After falling below what would have been the neckline, the price found resistance and has been developing a rising flag, bearish after the preceding plunge, complete with a downside breakout.

Japan’s (-2.1) underperformed after a fire at a semiconductor supplier plant raised concerns of a global shortage of automotive chips.

Wall Street was volatile on Friday amid the quadruple witching, when options and futures expire. The closed deep in the red, and the edged lower. On the other hand, both the , representing value stocks, and the , representing growth stocks, outperformed, with a slight edge to small caps, that benefit from a reopening economy.

Yields after the Fed didn’t renew a COVID accommodation for banks, which amounted to it policy, even though it vowed not to do so.

Today, stocks are enjoying a boost amid retreating yields, including on the Treasury note.

The traded well off its highs but stilled retained an edge. 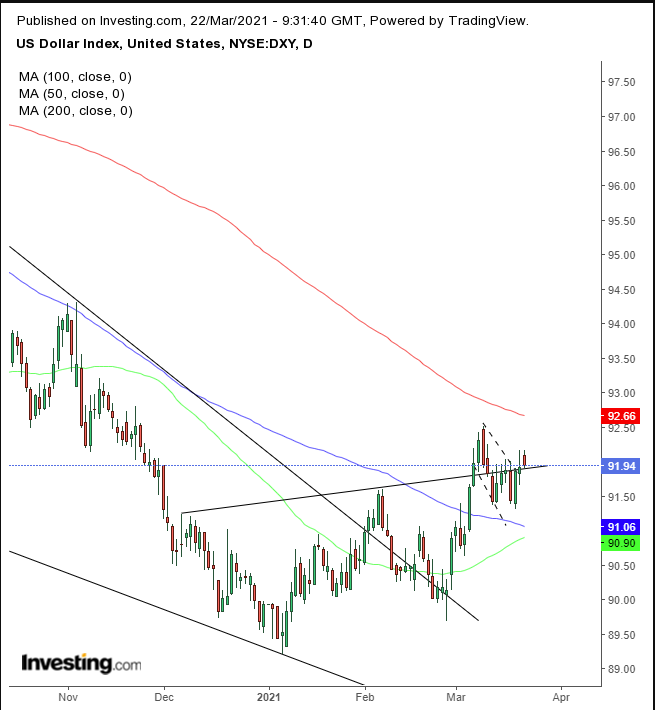 The greenback is staying above a bullish flag and the neckline of potential bottom after completing a falling wedge since the March high.

was pushing against the bottom of a rising flag. 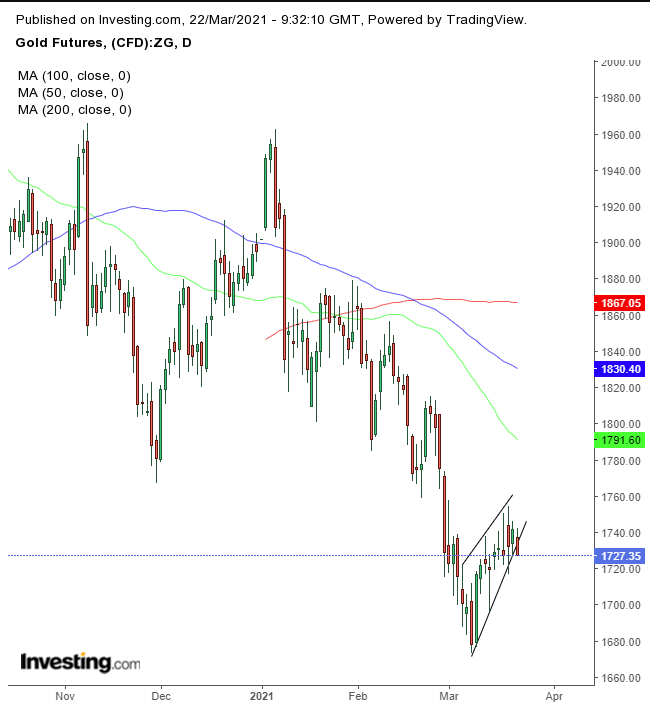 The yellow metal is bearish after the preceding fall. The strength of the dollar and rising bond yields have been . 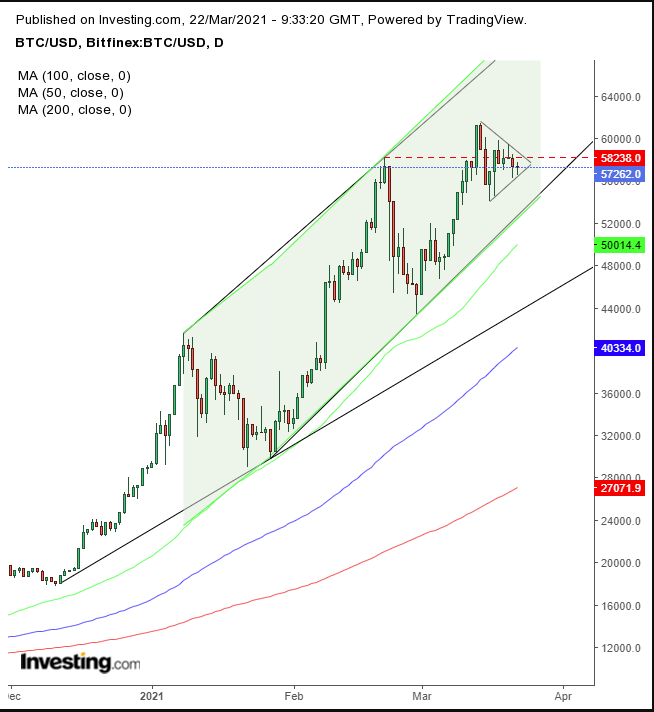 The cryptocurrency is trading within a bullish pennant inside a rising channel.

looks to be developing a H&S top, after blowing a bullish flag and falling below its rising channel. 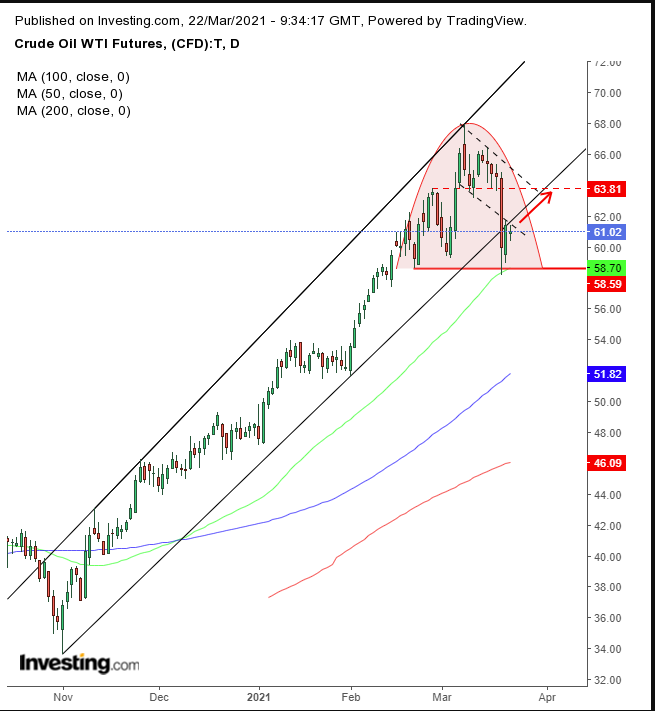