futures led in a selloff in trading on Thursday with futures for both the and also lower as a resumption of the Treasury selloff suggests the markets’ faith in the Federal Reserve might be eroding. Futures on the were only marginally in the green.

The dollar and gold were higher. 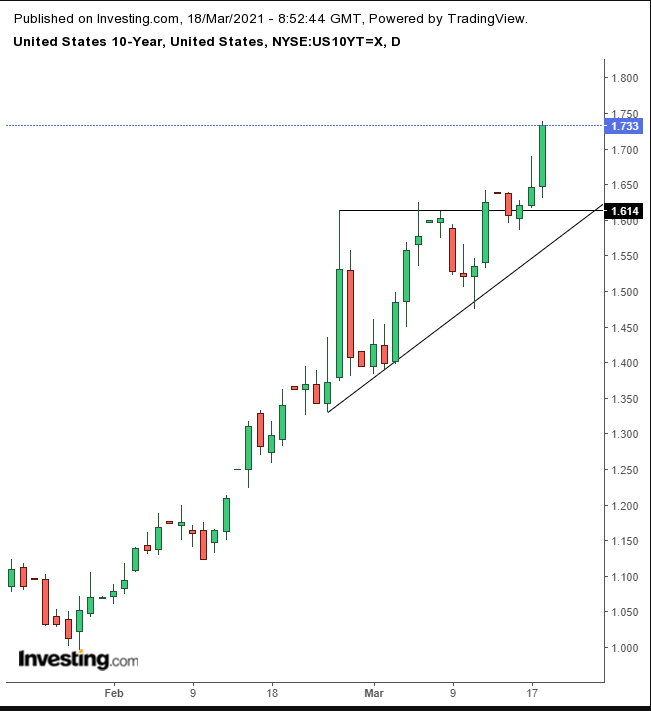 Contracts on the tech-heavy NASDAQ 100—which benefited the most from lockdowns, pushing their valuations to dotcom proportions—were 1.3% lower at the time of writing, almost double that of small caps listed on the Russell 2000.

Sure, the current selloff may be temporary profit-taking after the Federal Reserve its willingness to continue supporting the economy, as well as prop up equities at all-time highs against the growing angst of rising and the higher rates expected to follow.

However, we do not think so. When such meaningful policies have been announced before, stocks climbed for more than one day. When OPEC it was keeping production cuts in place, surged 8.4% over three straight days, before profit-taking. To clarify, the trading of one morning does not establish a trend, and this could just be noise. It is telling however, that it is taking place just one day after the Fed gave the store away.

The Fed said it would maintain its ultra-accommodative policy—it plans to keep rates near-zero until 2023, continue buying assets with no plans to taper QE and provide incredibly loose forward guidance. It is also not concerned about inflation, saying it is transitory. But at the same time it increased its forecast from 1.8% to 2.2%. Is that short-lived?

Perhaps the reason for today’s sell-off is that traders who were betting that the Fed’s continuous, unflinching support would stimulate the economy to grow faster were starting to acknowledge some of the multiple inconsistencies in the messaging.

Because, as we see it, we could expect one of the following two developments:

Unless inflation fails to increase, it’s one or the other. As of now, the continued Treasury selloff demonstrates that investors are readjusting positions to adapt to one or the other, if not both.

In Europe, the Index rose with carmakers and banks, which are expected to rise amid the shift from growth to value.

In yesterday’s trading, US stocks climbed to record highs as long-maturity yields fell back from highs of over a year, after the Fed reiterated its same message. 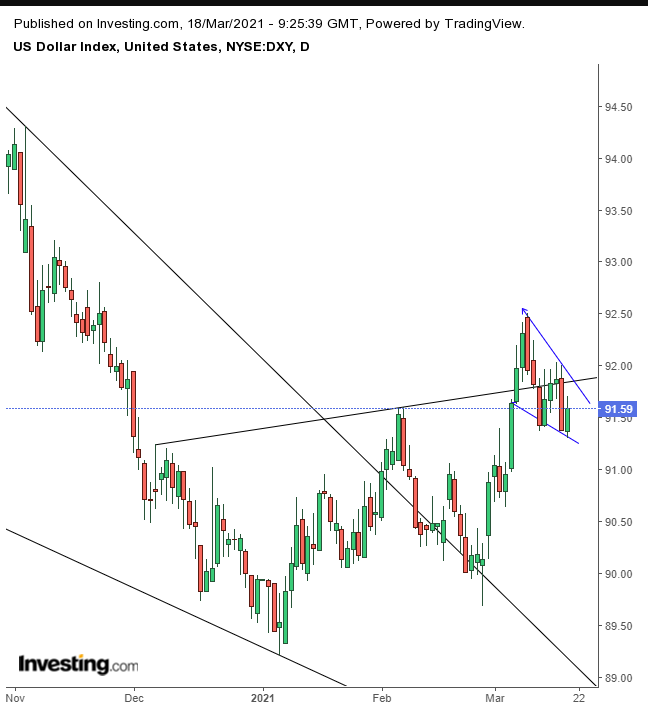 The greenback’s recovery was from what may be the bottom of a falling flag, whose position makes sense, as the price struggles to complete a double bottom born from a falling wedge since the March peak.

jumped but found resistance by the top of a rising flag—bearish after the preceding 7.8% plunge. 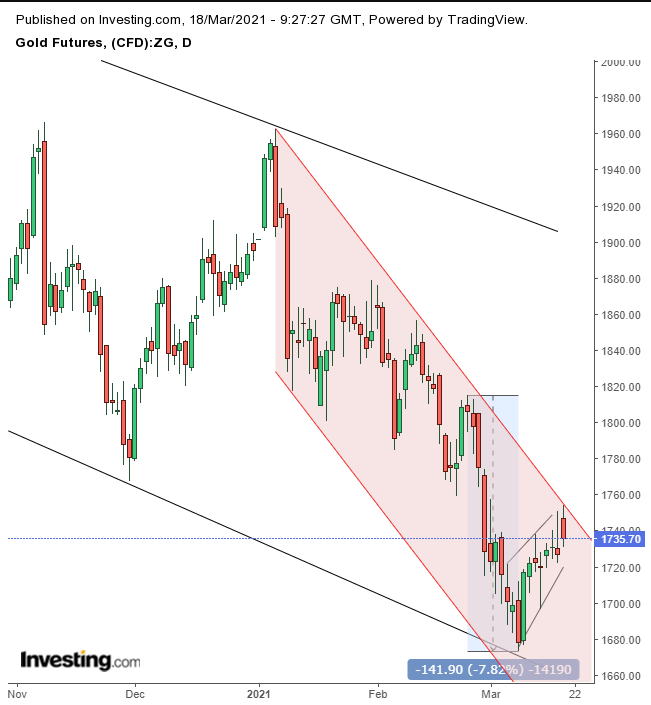 If the flag completes, with a downside breakout, it could indicate that the yellow metal will begin a steeper decline, along the red channel.

edged lower after a two-day advance.

, which has an with the dollar, also slid. 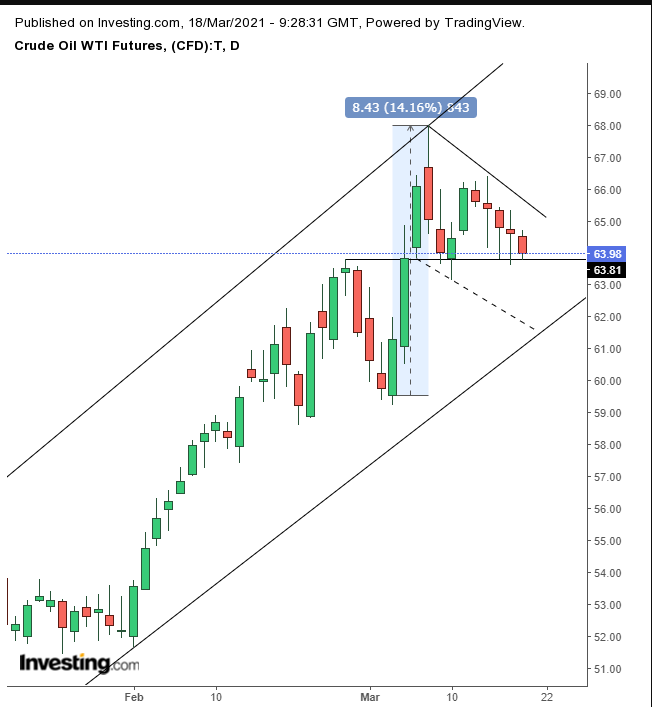 The liquid gold may be trading within a falling flag, as the price corrects within a rising channel.