Futures contracts on the , , and and European markets were lower on Thursday as as concerns that equities were becoming overvalued weighed on sentiment.

Gold and the dollar advance.

US indices fell away from record highs in trading on Wednesday while yields continued their dramatic rise. It appears that the reflation trade has kicked in again today, as contracts on the NASDAQ 100 were almost 0.8% deep in the red, while Russell 2000 futures were down around 0.4%.

The Index opened higher on Thursday morning, as a 2% rally for miners, tracking surging prices, offset disappointing earnings. The reflation trade, which is based on the expectation that prices will rise because of increased economic activity pushed copper, whose demand rises with increased industrial expansion, to decade highs.

However the pan-European index dropped into the red as French telecommunications operator, Orange (PA:) fell 4.3% after a decline in core operating profit, and Dutch airplane manufacturer, Airbus (PA:) fell 3.1% after an annual loss and withholding its dividend.

European stocks may be benefiting more from the reflation trade than US futures. US stocks are falling from all-time highs as their stretched valuations are in the limelight. The value of the entire US market is more than double US GDP for the first time in history, while the pan-European benchmark is still almost 4% away from its all-time high.

Asian stocks were mixed. China’s rose over 0.5%, outperforming as it returned after the Lunar New Year. The benchmark touched a new all-time high but lost most of its gains.

US markets finished mixed on Wednesday. The registered a new record, the closed flat, while both the —representing the reflation trade—as well as the , representing the overheating technology sector—sold off.

The steepening incline in yields have some investors stirring uncomfortably after what feels like a ride to the moon. Rising yields will inevitably siphon away capital from the most expensive equities in history, which may be a catalyst for a major correction, even if stocks were to dust themselves off and rise with reflation.

Now, it is all about timing. At what point, will Treasuries yield sufficient returns to warrant changing assets?

Yields on the Treasury note are down for the second day. 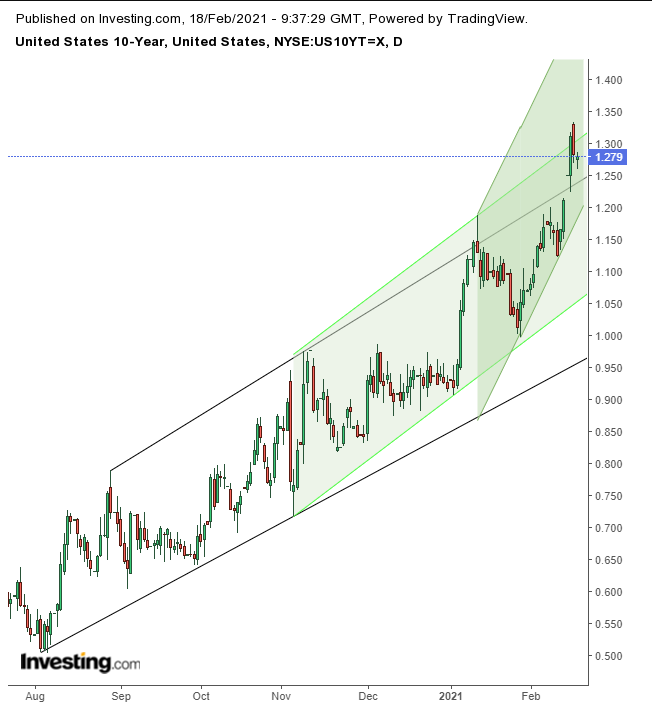 However, the chart shows how Treasuries are not just rising, but doing so exponentially, at an ever-escalating pace.

The fell along with yields. 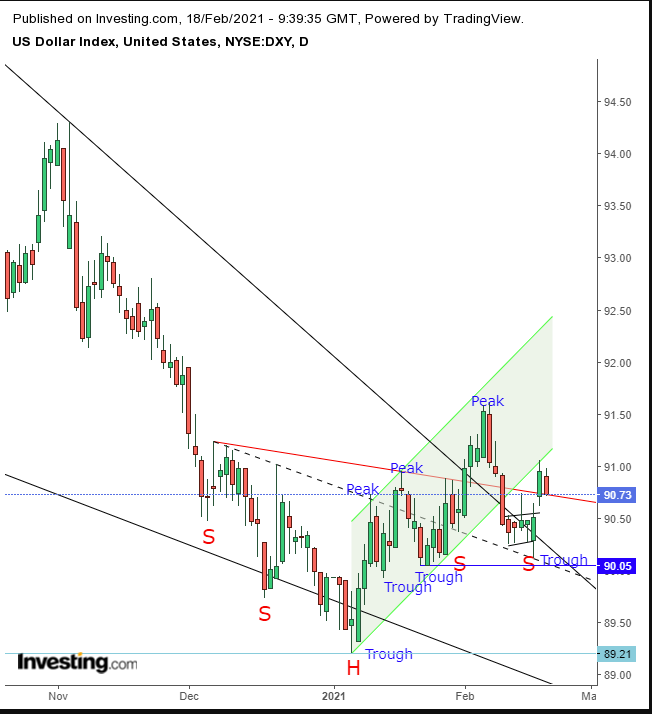 However, at least for now the greenback is finding support by the red neckline of a H&S bottom, which helped bulls complete a falling wedge.

rebounded from a five-day selloff. 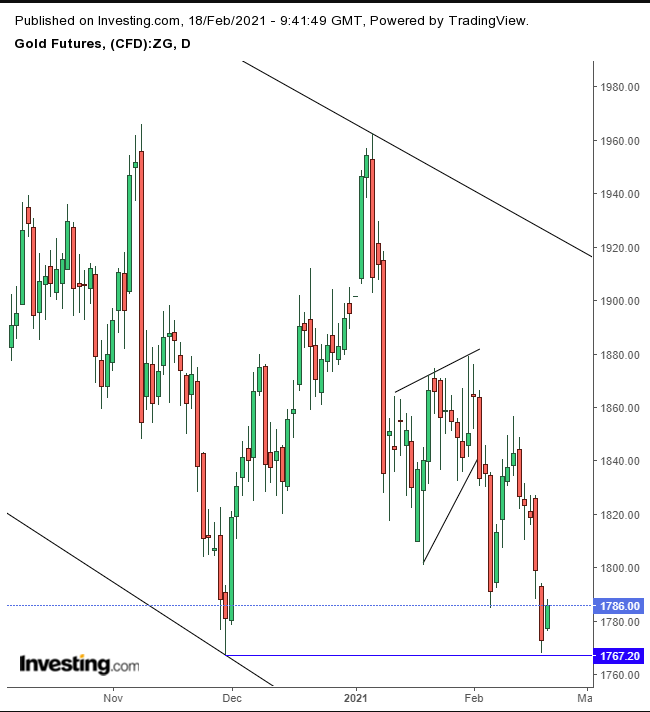 The yellow metal had found support by the Nov. 30 low, after completing a return-move to a rising flag within a falling channel.

edged lower after registering a new all-time high above $52,000. We’ve it is ripe for a correction.

was up for the second day, as a deep freeze in the US disrupted output. The price, however, gave up daily highs above $62, for the first time since January 2020. The global oil demand remains uncertain. 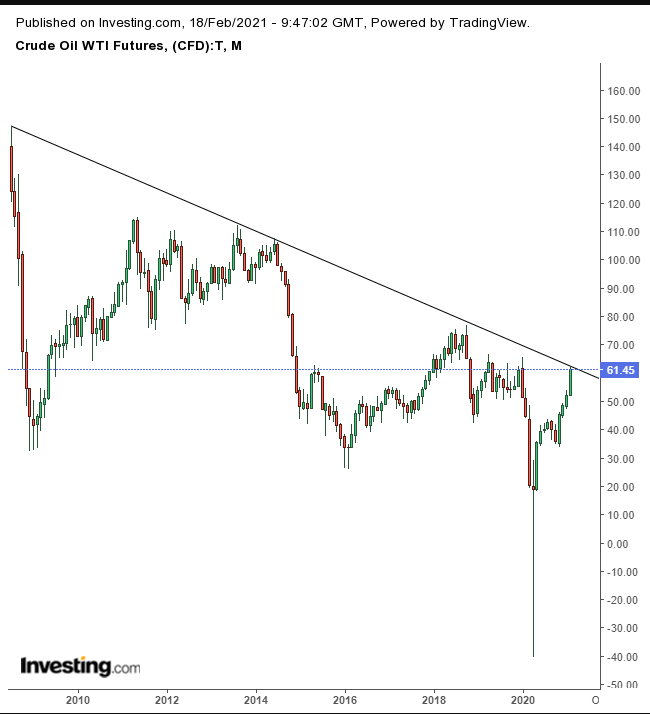 The price found a dual resistance by the 2020 highs and a long-term downtrend line since the 2008 peak.