Futures contracts on the , and , as well as European stocks were trading higher on Wednesday ahead of the US open, boosted by expectations of additional fiscal stimulus following the of President-elect Joseph Biden later today. However, futures were in the red, upsetting the cyclical rotation.

The dollar was weaker, pressured by stimulus hopes, while oil continues its upward trajectory.

On Tuesday, Netflix (NASDAQ:) analysts’ expectations when it posted , adding 8.5 million users in the fourth quarter. Shares jumped over 5% on the news, helping make the Tuesday’s best performing index, when it closed up 1.54%.

Contracts on the NASDAQ continued to outperform on Wednesday, buoyed by US Treasury Secretary nominee, Janet Yellen for Biden’s proposed $1.9 trillion fiscal aid when she testified in the Senate on Tuesday. Yellen—adding the gravitas of her previous post as Federal Reserve chair to Biden’s aid plan—argued that the benefits of economic stimulus far outweigh the added burden of debt.

Although the market narrative previously argued that any economic stimulus would see the tech sector underperform, the sector’s recent performance could be a sign that it is simply breaking the market mould or it may be that investors are locking in profits.

Stocks in Asia hit record highs with the index accelerating 0.8% and Australia’s climbing 0.4% to record highs. Japan’s gave up an early advance on concerns of the widening coronavirus contagion, to close 0.4% lower.

China’s added 0.4%, rebounding after it was the only major Asian index to close in the red on Tuesday. The Chinese New Year holiday is less than a month away and as we are seeing a rebound in case numbers there, it is worth remembering that it was at this time last year that the COVID-19 contagion began to spread across the globe.

Treasury yields, including on the note, rebounded from yesterday’s decline, but are still ranging within a falling flag—bullish after a five straight day rise, boosted by the 100 DMA. 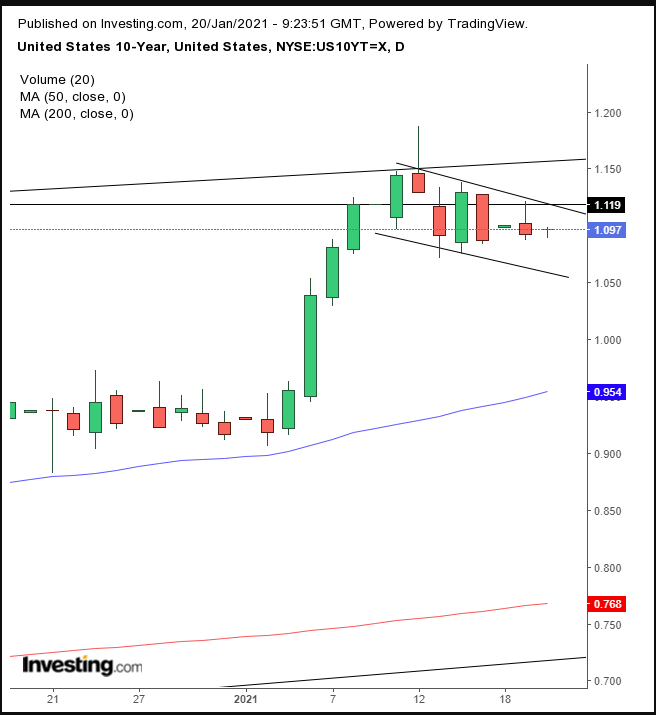 The flag’s placement suggests that Treasury bears are gearing up to push yields above the rising channel since the March bottom.

In the argument between the possibility that Biden’s agenda would spark reflation—giving USD holders a bigger yield, and the oversupply of dollars reducing demand, the latter seems to be winning the argument.

The gapped down, as it fell for the third day, back below what could have been a bottom, having found resistance by the 100 DMA that defends the top of a rising channel. 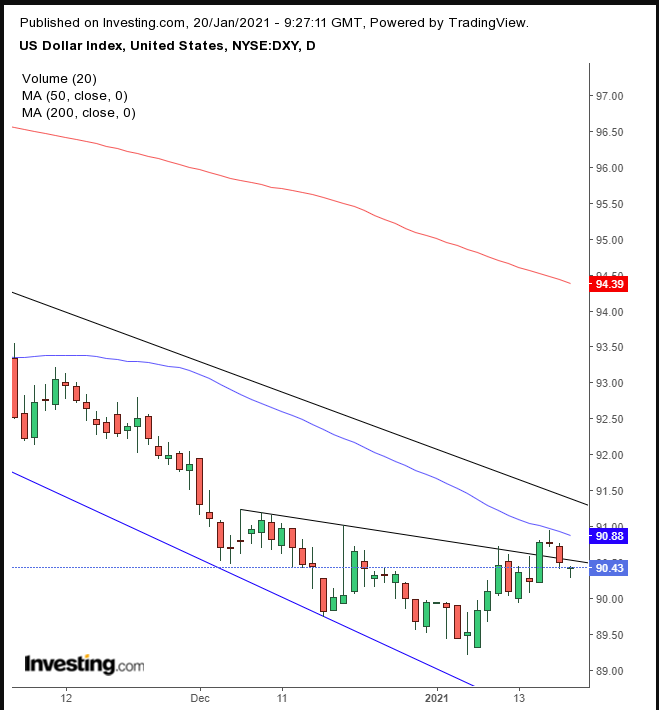 The greenback’s weakness boosted for the same number of days. The yellow metal has been over the last two weeks despite the belief that further stimulus is more likely now that the Democrats control the House, Senate and the Presidency. 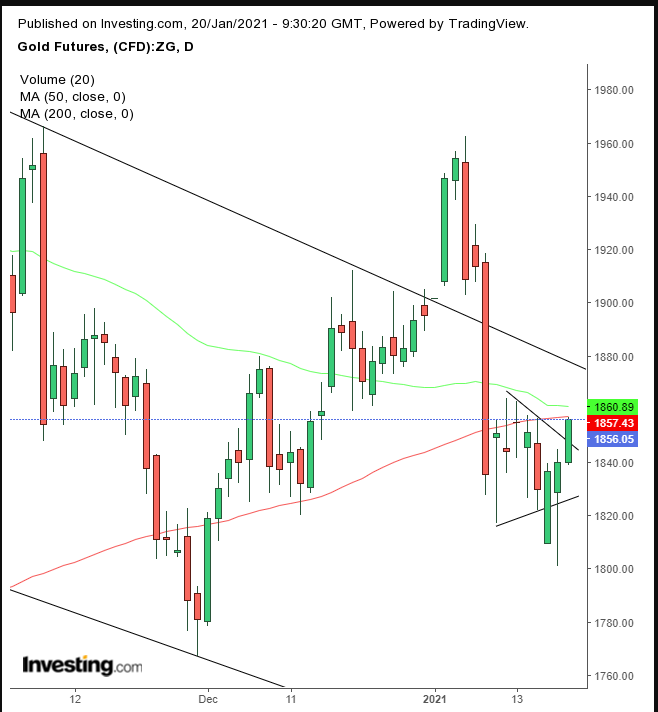 Gold peaked above a still potentially bearish pennant, having found resistance by the same 200 DMA that pressed on the price action within the pennant, with the 50 DMA breathing down its neck to trigger a Death Cross, below the top of a falling channel.

dipped below, but rebounded above, the bottom of a bullish pennant, providing an ideal entry for aggressive bulls. 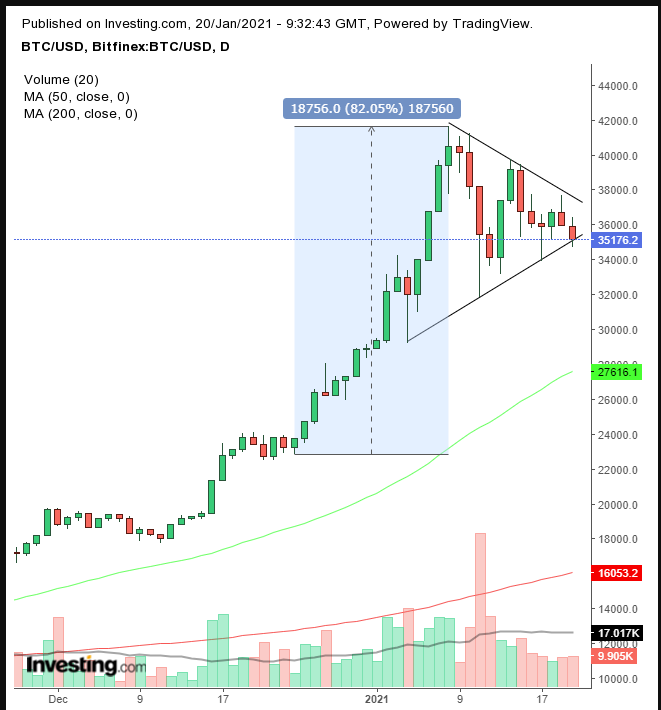 More moderate traders would wait for the proper upside breakout, with an $18,756 price move expected to follow, to repeat the preceding rally.

gapped up. It’s now just 25 cents away from reaching its highest level since February.