Global stocks and futures contracts on the , , and all retreated on Monday from last week’s rally on speculation that the US will sanction Chinese officials on their role in the disqualification of elected opposition legislators in Hong Kong, heightening tensions between the world’s two largest economies.

The news stole the spotlight from hopes of a possible US stimulus package, while the European Union and the UK continue to lock horns over a Brexit deal.

Gold fell for the second day on the back of dollar strength.

Friday’s market high was the first time since January 2018 that all four US indices on the same day. The rally was driven by a cyclical rotation between stocks that ouperformed during the pandemic to those that lagged. But this morning, as US cases of coronavirus continue to hit new daily records, it was the tech sector that suffered the smallest decline in pre-US market open trading.

In Europe the Index also wiped out Friday’s gains. In Asia, traders cashed out earlier Monday, after Friday’s highs, on fears of rising Sino-US tensions. Hong Kong, which is at the center of the diplomatic crisis, saw the drop 1.2%  since it lists a significant number of Chinese companies. There are also worries that the resurgence of the virus in Hong Kong will damage the city’s attempt to reduce its growing budget defecit.

South Korea was the regional bright spot. The closed at a record high for the fifth session in a row, led by big tech shares. The advance was slowed, however, after the government announced on Sunday that it would tighten social restrictions in Seoul and its surrounding areas, after coronavirus cases rose to the .

On Friday, worse than expected out of the US still boosted stocks to new highs rather than prompting a broad sell off. Slower jobs growth heightened trader hopes that a stalling economy would motivate US officials to agree on fiscal and monetary stimulus.

Treasury yields, including on the note, pared half of Friday’s surge, which had resulted in a new high, but failed to close above the preceeding high on Nov. 9. 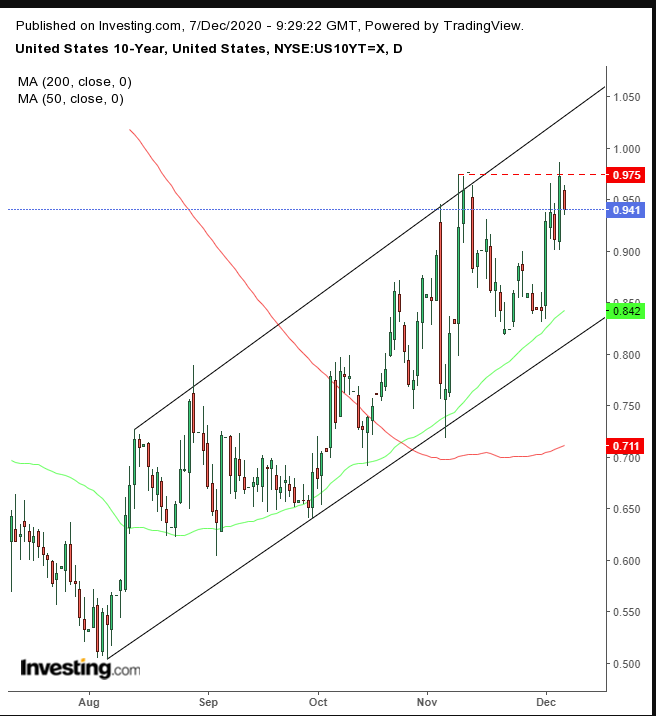 Meanwhile, yields remain within a rising channel, buttressed by a Golden Cross.

The gained as increased demand for Treasuries always requires conversion into the local currency by foreign investors. 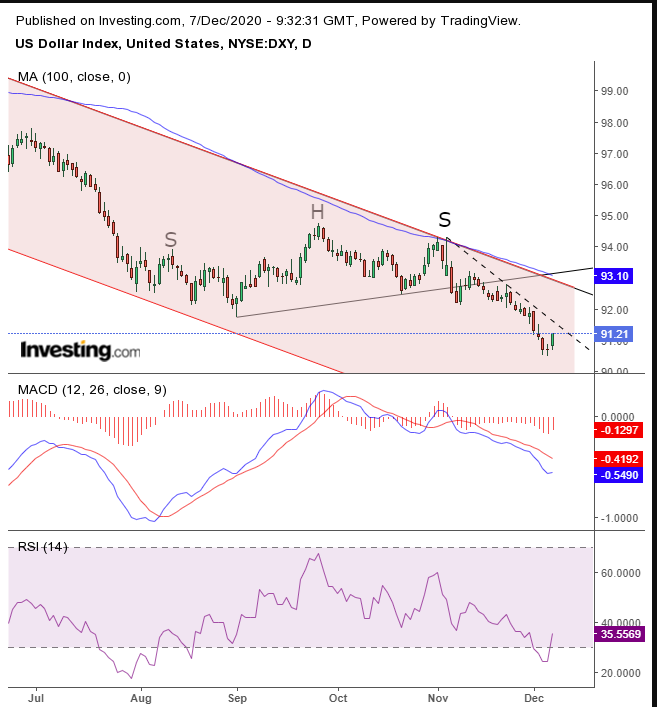 While the lagging-MACD is still well within a sell posture, the leading RSI indicator has rebounded from an oversold condition, suggesting a potential retest of the falling channel top, strengthened by the 100 DMA. 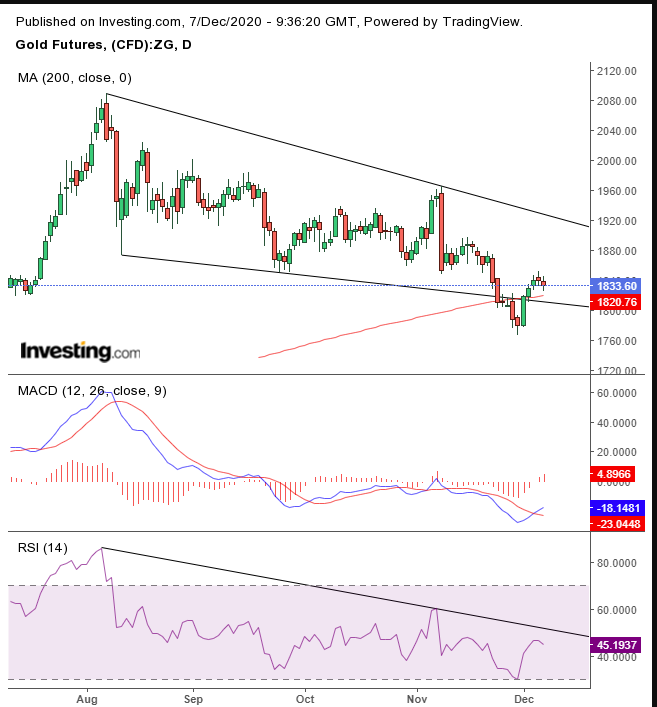 If gold falls below the Nov. 3, $1,767.20 low, it will make a selloff all but certain. Bulls would have a tough time bidding prices up in the current falling pattern. While the MACD provided a buy signal, the RSI would need to break through its falling trendline. For now, the 200 DMA will be the first test of support.

is edging lower after Sunday’s slight increase in a second-day advance. 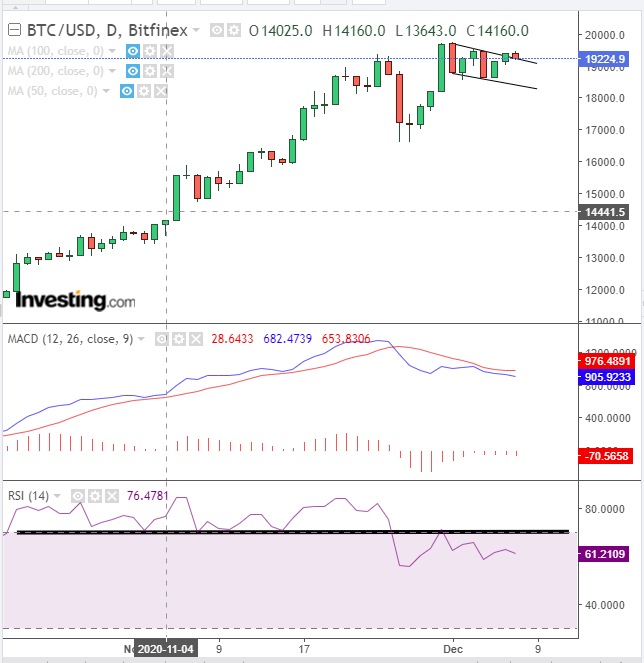 After registering a new record close, the leading cryptocurrency failed to notch a new all-time high. It might be forming a hanging flag—in which demand absorbs the supply of those taking profits—whose upside will signal a resumption of the underlying uptrend. Both the RSI and MACD warn that the digital currency is overbought and due a correction.