The dollar surged and Bitcoin plunged on Monday as US futures contracts, including on the , , and slipped from records posted by underlying benchmarks, while European stocks retreated from 10-month highs.

Traders attribute the selloff to profit-taking amid spiking coronavirus cases in Europe, as well as China its biggest daily increase in cases in five months, which hit energy and mining shares.

The seesawing market narrative once again swung from optimism on COVID-19 vaccines and US fiscal stimulus to pessimism of unsustainable valuations amid a global pandemic that seems to only get worse with time.

In Europe this morning, the Index dropped 0.4% but was off earlier 0.6% lows, after Germany—the continent’s economic steam engine—suffered 40,000 deaths despite imposing some of the . Oil producers BP (LON:), Royal Dutch Shell (AS:) and Total (PA:) sold off after China—the world’s biggest oil importer—announced a lockdown in Shijiazhuang, the Hebei province’s capital and the epicenter of the new outbreak.

The dollar rallied after US yields, including on the Treasury note, jumped, rewarding savers, but weighing on dollar-denominated commodities and mining stocks.

suffered a free-fall of nearly 16% from Friday’s close. 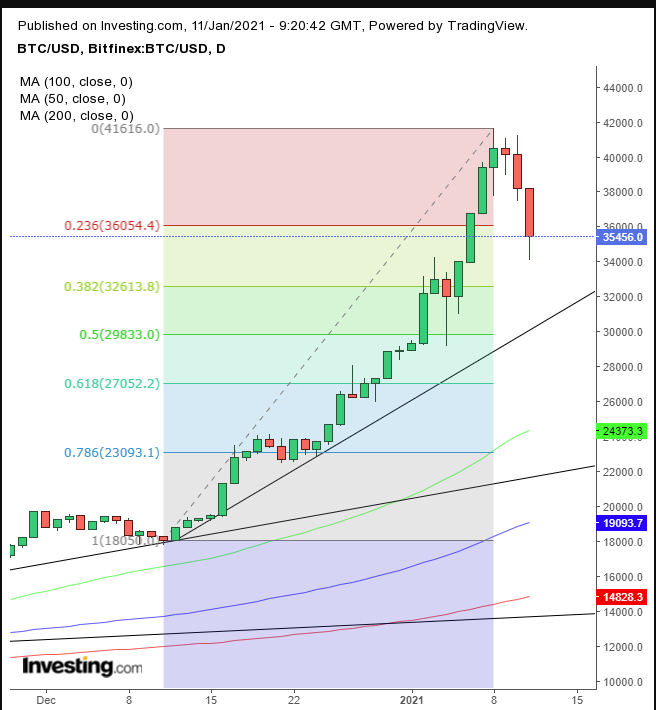 The digital asset rebounded from almost $34,000 to the mid-$35,000 after nearing the minimum level considered a correction on a Fibonacci scale.

The renewed risk-off sparked into Treasuries, causing a falling gap, as there were only buyers at these levels. Still, after last week’s deep selloff, yields are still well above the 1.00% psychological marker, at 1.109%.

The posed a rising gap—in a mirror image of the falling gap seen in yields—but has seen little movement since. 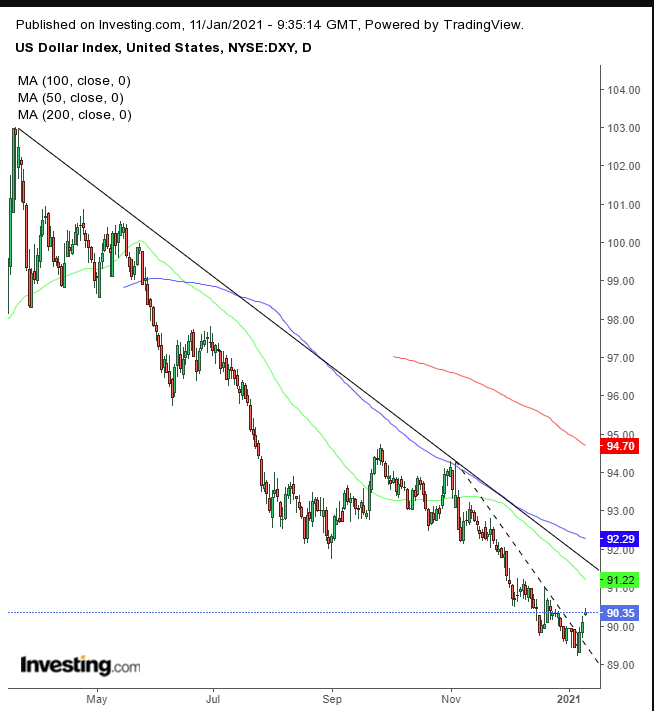 While having jumped last week above the most recent downtrend line since the early November high, the dollar is expected to face the blowback of going against the downtrend since the March highs.

surprisingly despite a dollar surge, presumably on its safe haven status amid an equity selloff. 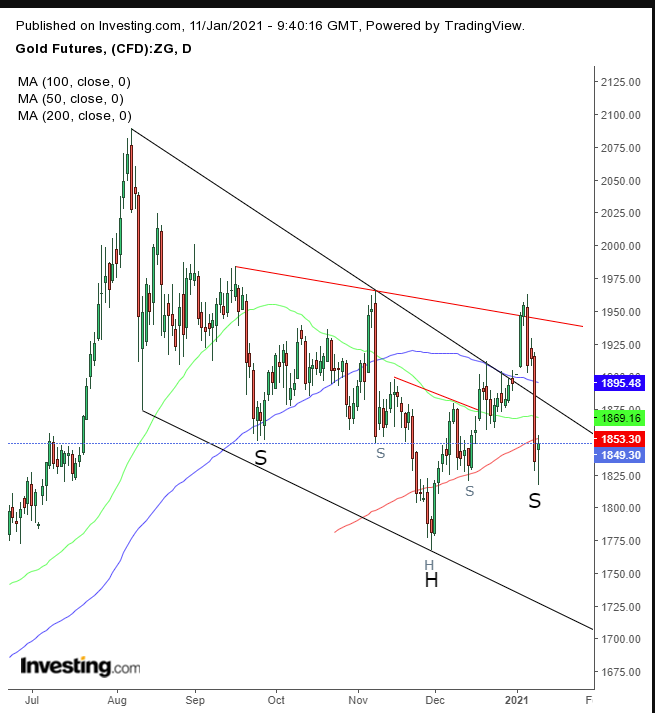 While it found resistance by the 200 DMA, the yellow metal is forming a hammer, though the 200 DMA’s resistance formed a small upper shadow, diluting some of the bullish impact. After the small H&S achieved most of its implied target, gold may be forming a large H&S bottom.

retreated from the $52 level, as fears of continued lockdowns hampered demand.