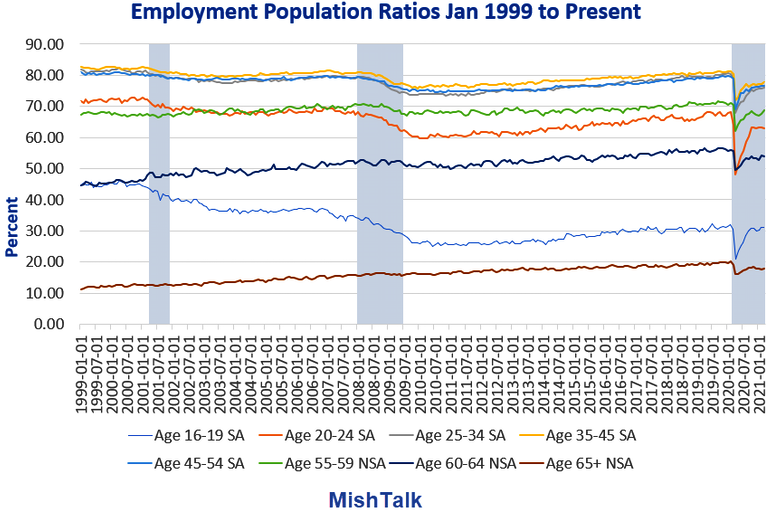 Let’s compare employment population ratios in the COVID recession to the Great Recession and the DotCom recession.

The employment population ratio is the percentage of the people in an age group divided by the non-institutionalized population of that age group.

The civilian non-institutional population refers to people 16 years of age and older residing in the 50 States and the District of Columbia who are not inmates of institutions (penal, mental facilities, homes for the aged), and who are not on active duty in the Armed Forces.

My chart contains a strange mix of seasonal and non-adjusted numbers. That’s because the BLS does not provide seasonally-adjusted employment numbers for age groups 55-59, 60-64, and 65 and older.

I did not use unadjusted numbers across the board because there are wild month-to-month unadjusted swings in age groups 16-29 because of school and holiday employment. 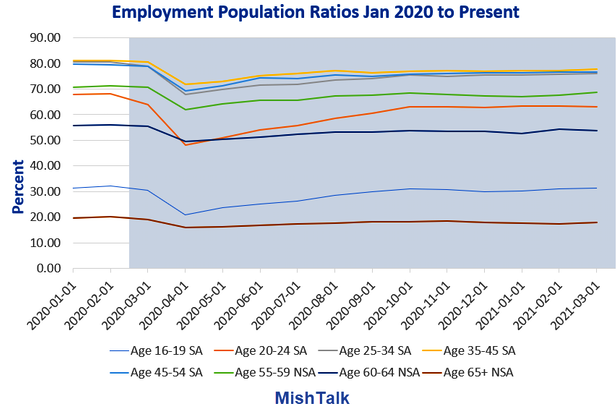 The steepest declines in the employment population rations on a percentage basis are in age groups 16-19 and 20-24. 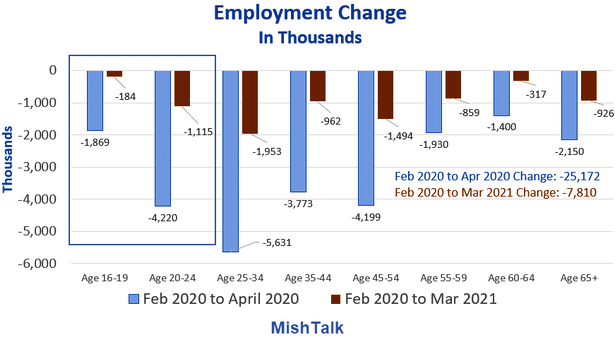 The above chart ignores ratios in favor of actual employment levels. For discussion, as well as participation rate “what if” analysis, please see It’s Been One Heck of a Recovery in Low-Paying Zoomer Jobs.