Pressure returned to the markets on Thursday, led by high-tech companies, causing a 3.5% plunge in the and pushing back the by 2.5% and the by 1.75%. Asian bourses continue with a 3%+ decline on Friday. rewrote eight months lows, trading at $1760 on Friday morning. The pressure on equity and gold markets increases with the continued sell-off in debt markets, where yields on US government bonds exceeded 1.6% yesterday. 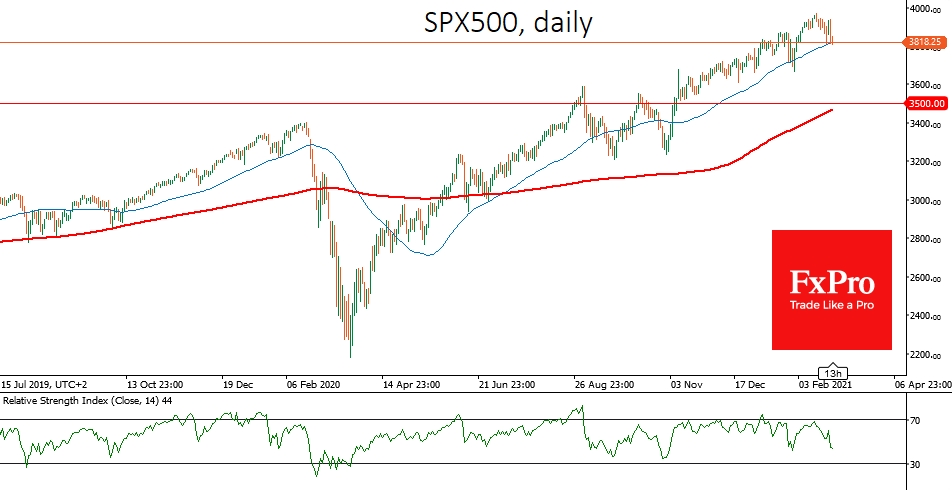 Rising yields in the US, European and Japanese debt markets have sharply reduced risk assets’ attractiveness. Currencies and emerging markets were hit especially hard yesterday. Currencies such as the , and lost more than 3% intraday.

Commodity-related currencies failed to gain above significant round levels against the dollar as retreated to 0.7820 after going above 0.8000, while is up to 1.2620 after updating 3-year lows at 1.2470. 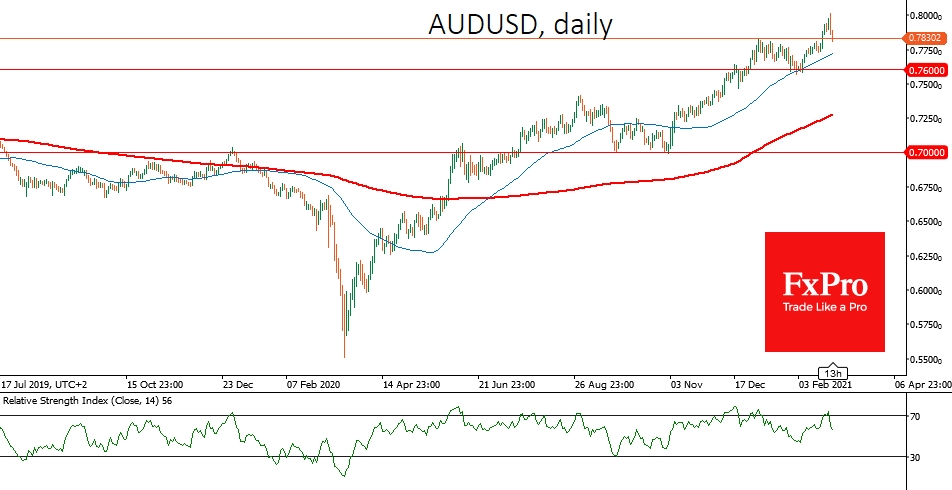 The conventional wisdom is that rising bond yields in developed markets increase their attractiveness by sucking capital out of other markets. But so far, this has not been enough, as debt markets remain under pressure and yields continue to rise.

As we noted earlier, Powell’s have not calmed the markets as they do not promise an increase in bond purchases. However, a new bailout package of up to 1.9 trillion from the government is on the way. Perhaps the sharply increased volatility will force the Fed to change its mind about its programs to support the economy by injecting more money into the markets.

Still, we may be merely witnessing a shake-out at the end of the month and purchases of risky assets will resume in March. In this case, it is worth paying attention to the crossing of several red lines, which will intensify the sell-off. 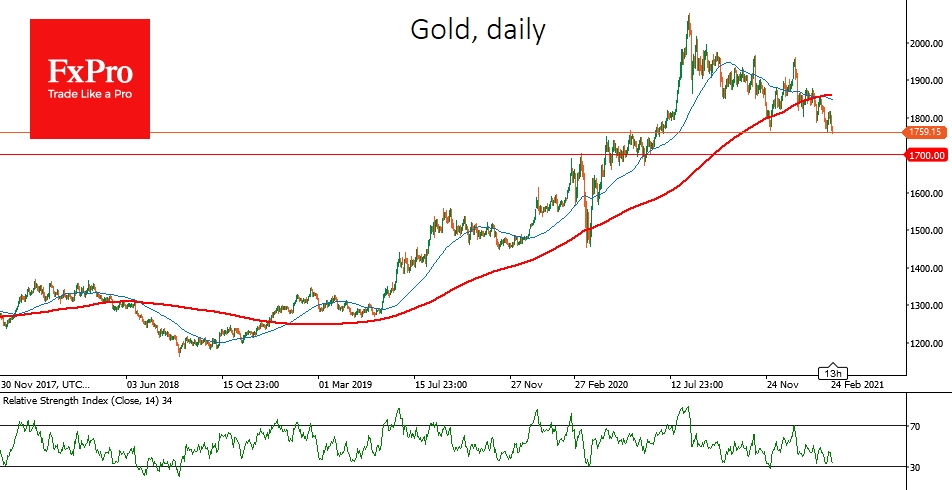 The S&P 500 is trading at 3800, which is close to the 50-day average. A consolidation well below this line, like a year ago, would increase the volatility and widen the sell-off. The next target of the correction then could then be 3500, near where the 200-day average passes.

AUD/USD, after the unsuccessful test of 0.8000, can roll back to 0.7600 quite quickly, especially if it continues to be helped by the increase in QE from the RBA, as occurred recently. A deeper target for the correction seems to be 0.7000.

For gold, the next significant level is $1700, a failure under which would be a complete surrender of the bulls that pushed the price up for two years through to August 2020. 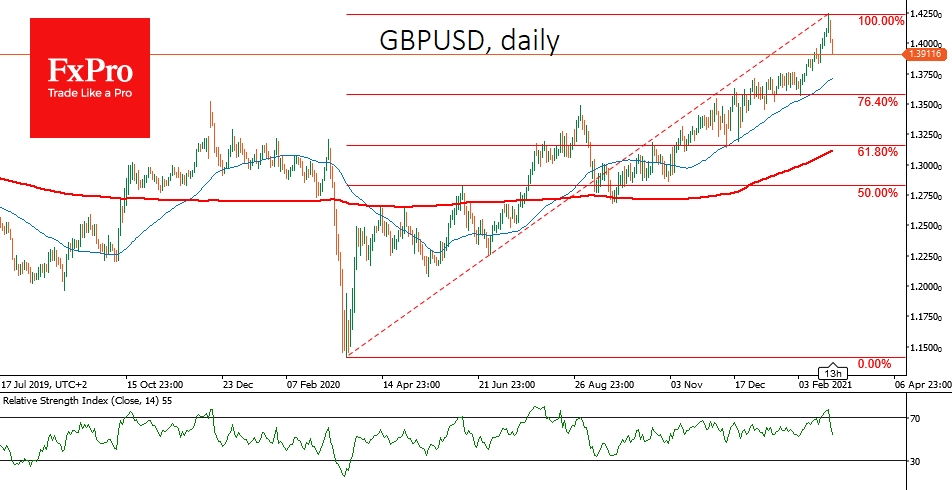 GBPUSD sharply reversed after the rally