The hit its highest level against the in six months. The country economic and legal reforms announced last year coupled with tighter monetary policy appear to be giving the desired effect. USD/TRY is down 19.3% from its November 2020 high after being in an uptrend since mid-2008.

Most analyst, however, are surprised with how quickly the pair reacted to the political and monetary decisions. Elliott Wave analysis, on the other hand, actually helped us predict USD/TRY’s decline. On Aug. 30, 2020, we wrote that a bearish reversal should be expected as the pair was “set to complete a 12-year impulse pattern.” Then, on Nov. 20, with the reversal already in place, we posted the chart below as a short-term update. 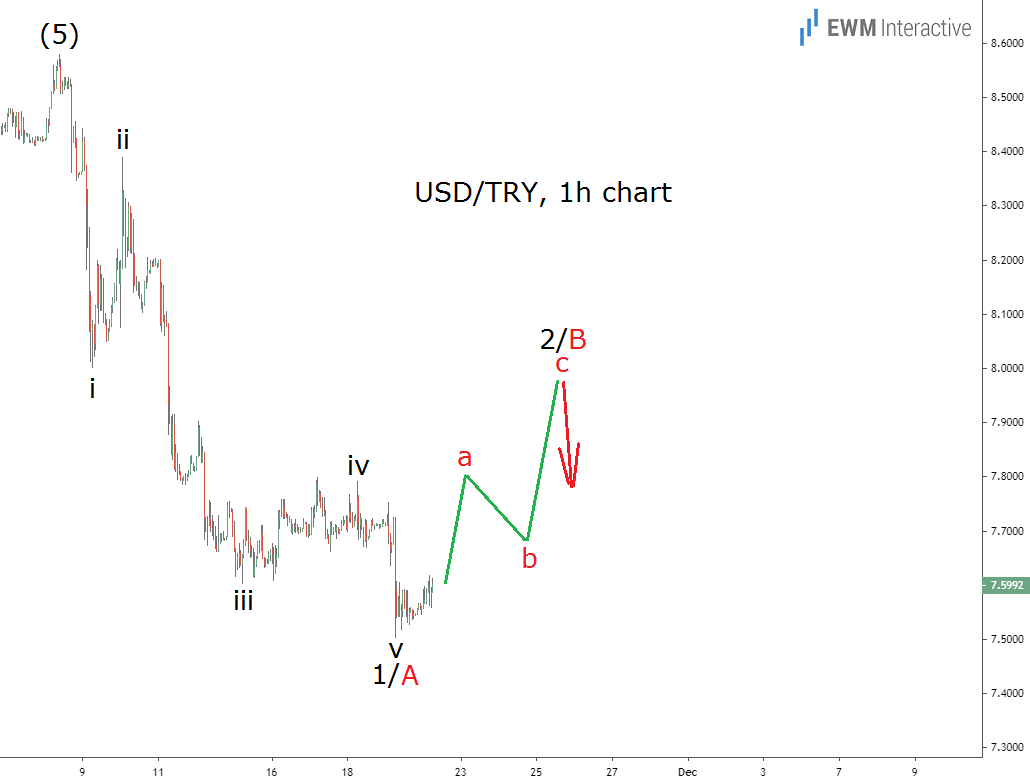 Three months ago, USD/TRY was trading around 7.6000. The decline from 8.58 looked like a complete five-wave impulse, labeled i-ii-iii-iv-v. Since every impulse is followed by a three-wave correction, we thought “a rally up to ~8.0000 makes sense in the short-term” before the downtrend can resume.

Not the Time to Bet Against USD/TRY Bears

The pair reached 8.04 a few days later and has been in a downward spiral since. Today, it fell as low as 6.9129 and the bears seem firmly in control. Take a look at the updated chart below. 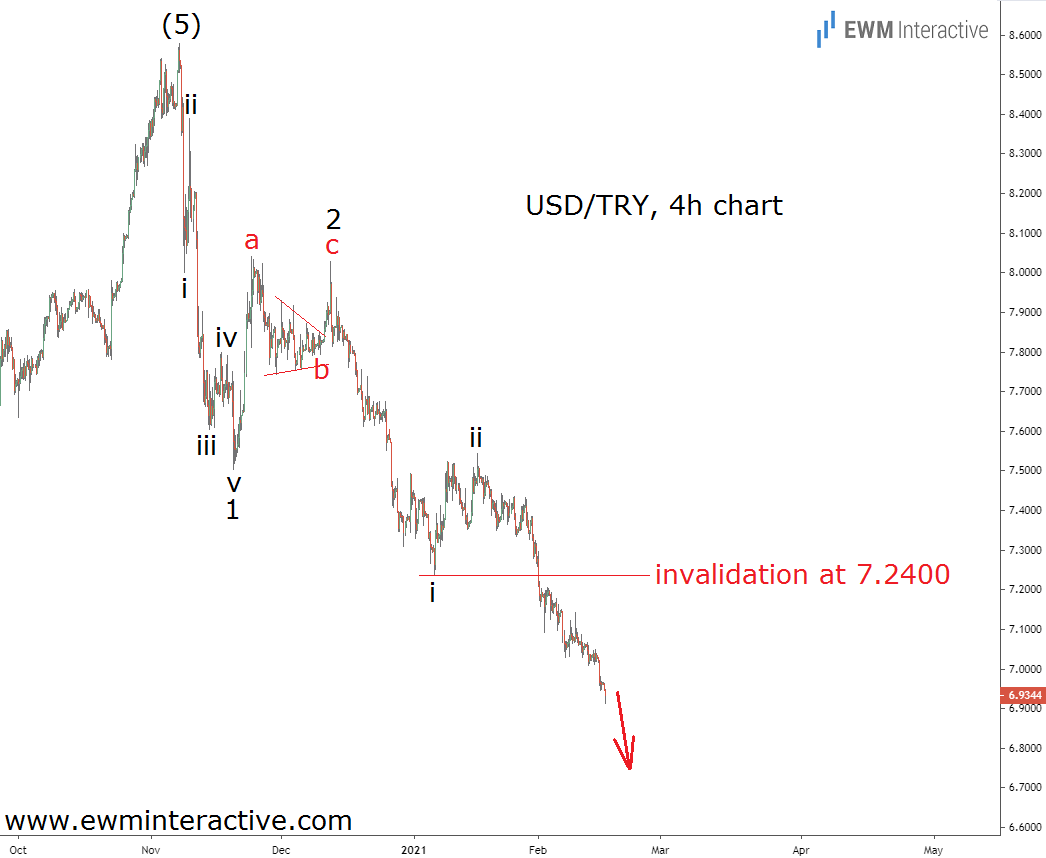 Wave 2 developed as a simple a-b-c zigzag, where wave b was a triangle and wave c – a truncation. The following weakness must be part of wave 3. It seems USDTRY is now falling within wave iii of 3, whose length cannot be predicted. However, since waves i and iv cannot overlap, the bears remain in charge as long as 7.2400 holds. Besides, the big picture outlook suggest they might just be getting started. 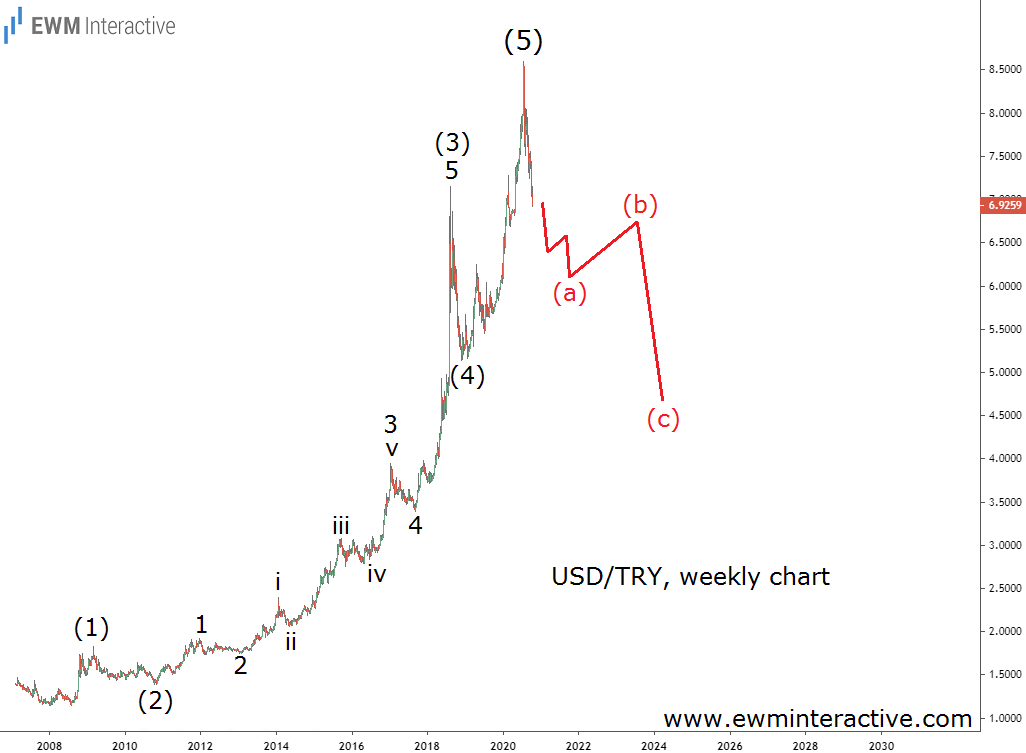 The 12-year uptrend from the bottom in 2008 seems to be over at 8.58. This means the current drop must be part of the corresponding three-wave retracement. Corrections usually erase the entire fifth wave. In the case of USD/TRY, this translates into a decline to the 5.0000 mark or lower. If this analysis is correct, this is not the time to bet against the Lira.