When it comes to the FX market, traders are often more focused on risk appetite and trends in the global economy than the specific countries underlying each currency. For example, often falls (indicating relative weakness in the euro and strength in the USD) after weaker-than-expected US data because traders fear that slowing US growth will eventually spill across the rest of the globe, creating an “risk off” environment where the ’s safe haven status will be in demand.

As a pairing of arguably the planet’s two most important “safe haven” currencies, usually sidesteps this confusing dynamic and serves as purer measure of the relative attractiveness of each currency. In other words, examining the trends in USD/JPY provides valuable insight into how traders are viewing the US dollar and Japanese yen in isolation.

Turning our attention to the pair’s weekly chart, it’s clear that while traders are still bearish on the US dollar relative to the yen, the strength of the move is far more subdued than in other crosses. This tells us that the US dollar’s weakness over the last year has been due to increasing risk appetite first and foremost, with specific concerns about the US economy playing a smaller role. Nonetheless, USD/JPY remains in a bearish trend on a longer-term timeframe, with rates trending lower below both the 21- and 50-week EMAs: 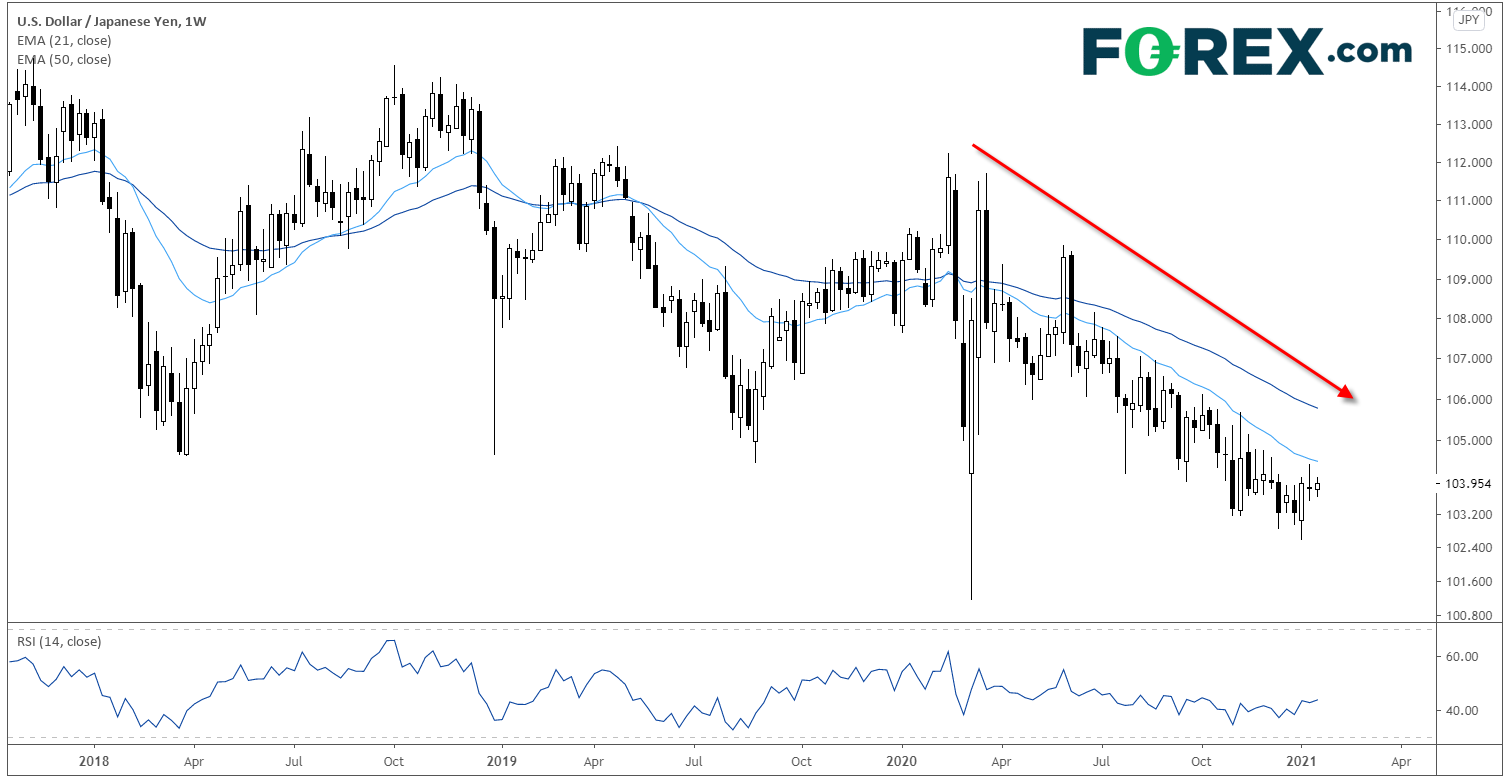 Zooming in to a daily chart, we can see the slow-but-steady decline in more detail. Rates have been almost entirely contained to a 250-pip descending channel since late March, with near-term bounces to the top of the range offering potential sell opportunities to bears and drops to the bottom of the channel serving as logical areas to take profits: 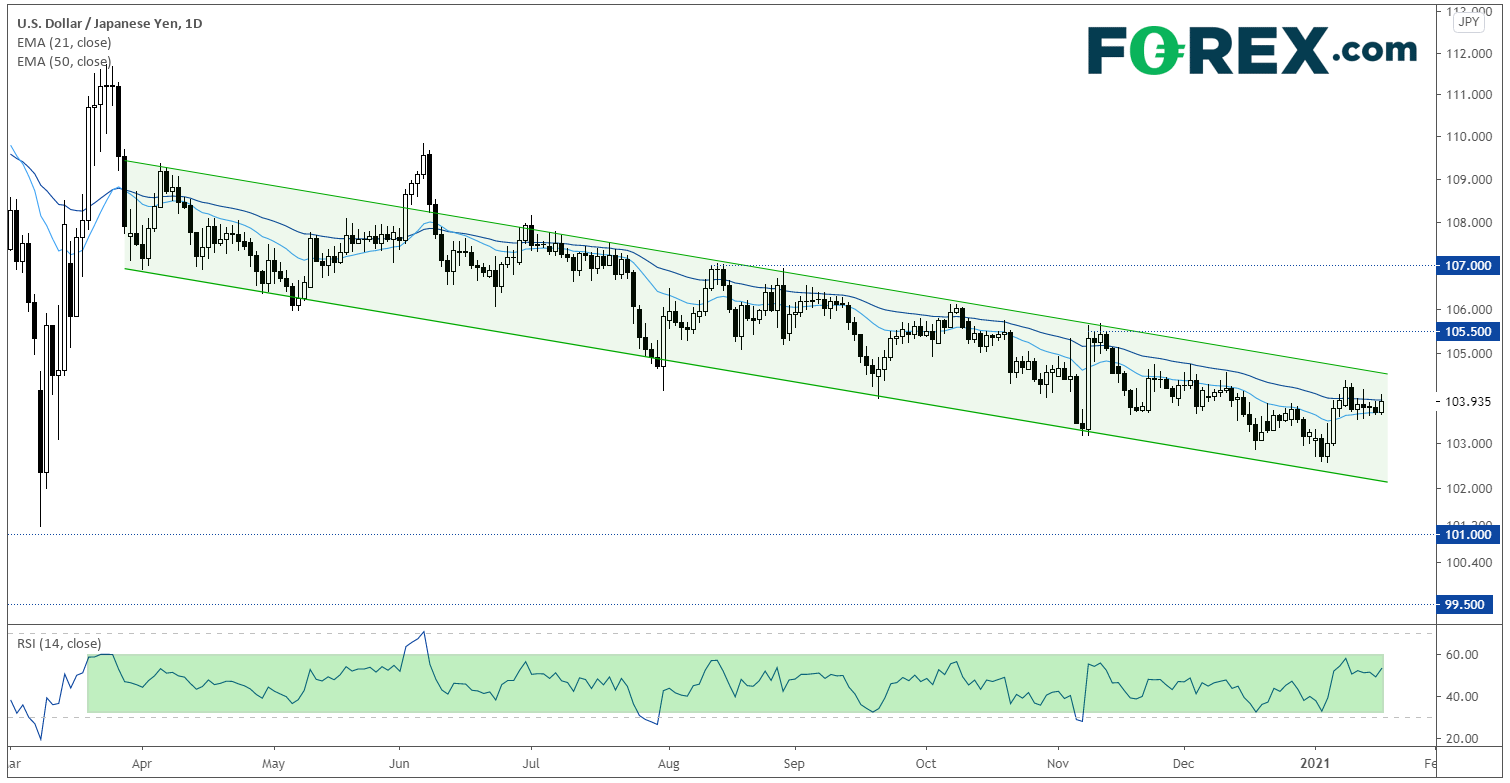 Moving forward, the path of least resistance remains to the downside as long as the bearish channel remains intact. From that perspective, readers may want to consider short opportunities on bounces toward the top of the channel, currently around 104.50, with downside potential toward the COVID pandemic trough near 101.00, psychological support at 100.00, or even the 7-year low near 99.50 as we move through the quarter.

A bullish breakout from the downtrend channel would open the door for a stronger retracement, with bulls potentially targeting the November or August highs around 105.50 and 107.00 respectively.