Stock markets have returned to growth at the start of the new month. The pressure at the end of November was caused by the desire to grab some profit after a month of stellar growth.

Similar pressure was exerted on . After touching 1.2000, the world’s primary currency pair fell sharply by 80 points. It is worth noting that this sell-off stopped as soon as the new day began. 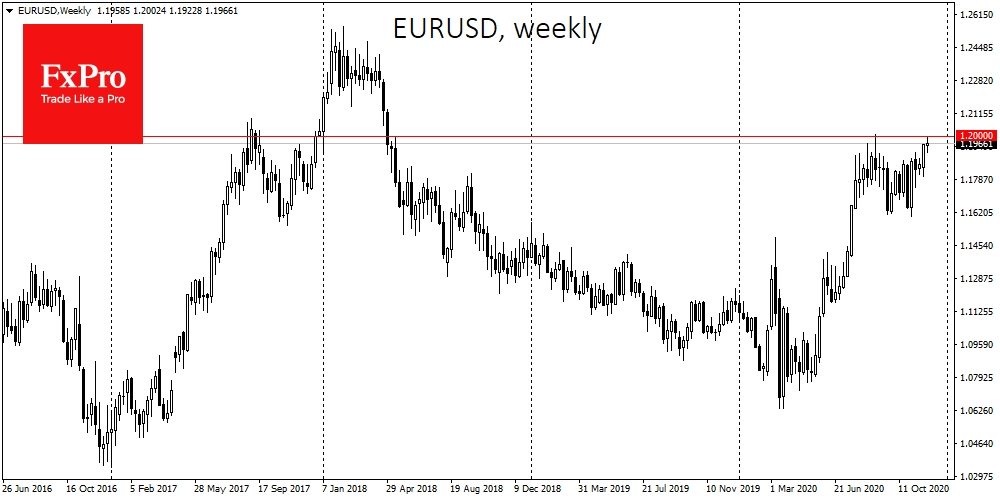 We noted yesterday that the dynamics of the currency market, for the most part, did not confirm the wary sentiment of stock markets in the morning. Today we find further confirmation of this.

By the beginning of trading in Europe, EUR/USD is trading again at 1.1960, testing the upper limit of the trading range from the end of August.

The confident return of buyers to EUR/USD causes us to believe that we will see the pair testing this resistance at 1.2000 again soon.

The parallel strengthening of stock markets and the desire of the Nasdaq100 to reach new highs indicates a wide range of market optimism that goes far beyond the attention paid to the euro against the dollar.

Under these circumstances, the pair is indeed preparing to enter a new trading range, presumably with the lower boundary at 1.2000 and the upper boundary at 1.2300-1.2500, near the peak area of early 2018.

Interestingly, even gold has suspended its decline on the first day of the final month of the year.

The rise in the euro and were typical gold rally satellites earlier this year. Having rebounded from the peaks of August at around $300, gold could attract renewed demand from investors as all the factors that pulled the price up in previous months are again in force. 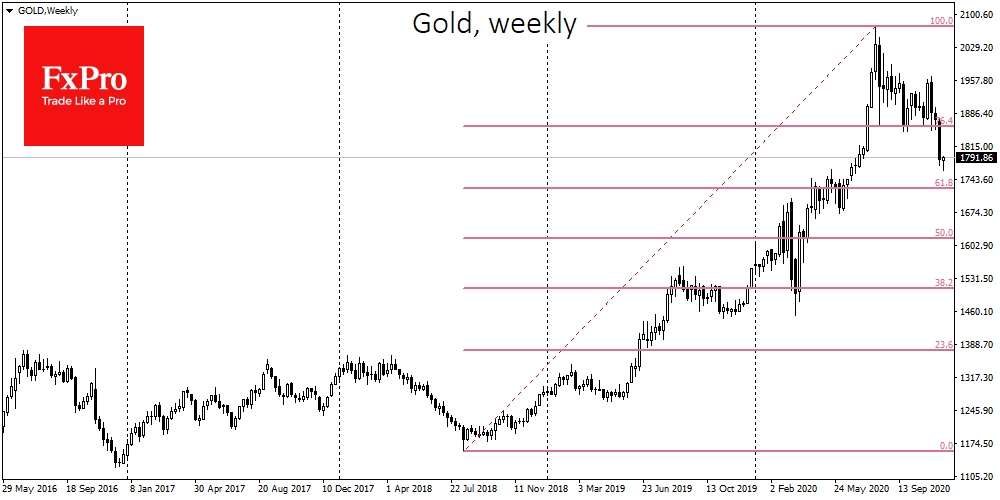 This includes ultra-soft monetary policy and inflation tolerance, to the abnormal supply of public debt, which nourishes interest in alternative instruments to preserve the value of capital.