The markets were braced for a sharp decline in UK growth for November, with a consensus estimate of -4.6 per cent. In the end, GDP did contract, but the decline was more moderate than anticipated, at -2.6 per cent. Of course, such a drop is still significant and marks the first decline since April, which came in at a staggering -20.4 per cent. The “cup half full” argument is that if December GDP can eke out a gain of 1%, this will mean that Q4 GDP is in positive territory, which would mean that a double-dip recession would be avoided (if Q1 of 2021 is negative). There are expectations that the December GDP report will be positive, due to some stores reopening and increased spending over the Christmas season.

With lockdowns in effect across the UK, it is clear that economic activity will be sharply curtailed, and Q1 growth could be in negative territory. This could weigh on the British pound, which roared higher in late 2020 but has levelled off in the new year.

Today’s other tier-1 event missed the forecast, but at least it was in positive territory. Manufacturing Production posted a gain of 0.7% in May, down from 1.7% beforehand. A more worrisome release was Industrial Production, which came in at -0.1%, well off the estimate of 0.5 per cent. Similar to GDP, this was the first decline since April, and points to weakness in industry, a sector which looked solid in H2 of 2020. 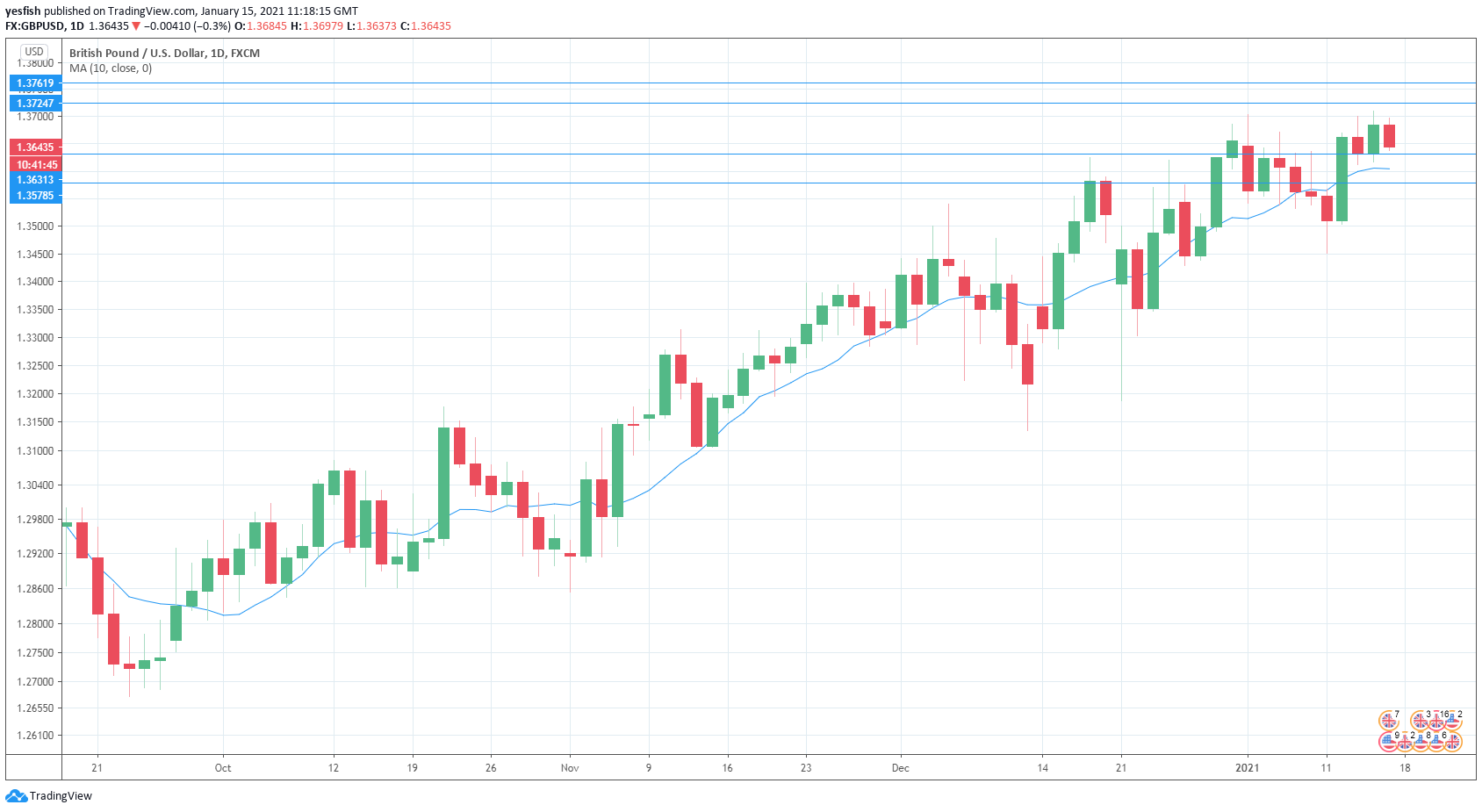