We’re going back to a topic that I think is becoming increasingly relevant in the current environment, yet getting shadowed somewhat by all of the vaccine-grabbing headlines.

“Question for you on the U.S. dollar… have you written on what the dollar might do versus other currencies, specifically the Euro?”

Needless to say, being on the wrong side of a significant swing in foreign exchange rates can cost a business thousands, if not millions, of dollars depending on the level of business. For investors with international equities or bonds in their portfolios, it can be just as important to consider since currency swings also impact the returns you’ll see on those positions.

The quick and dirty answer to the question above is yes. In the weekly Global View piece that typically gets published every Wednesday, I cover the global currency market and the issues that are impacting current exchange rates as well as where they may be headed in the future.

But let’s dive into this topic a little further. To set the table, here’s the five-year chart of the index, which measures the dollar against a basket of global currencies. 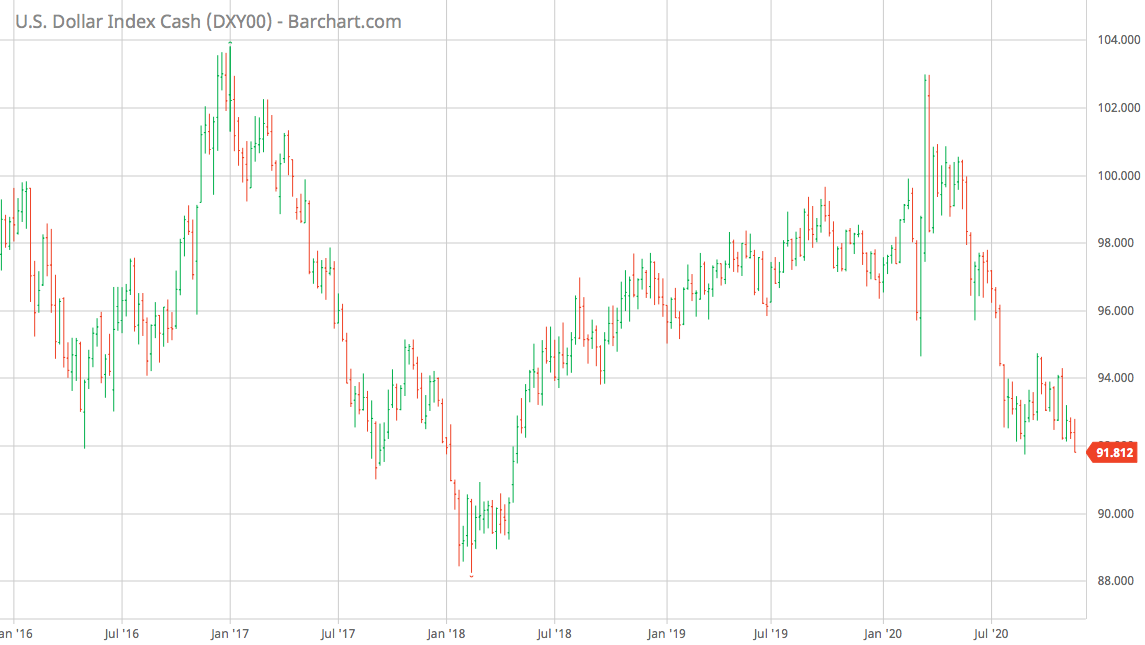 There are a few different narratives at play here, which I think are all worth discussing to give a sense as to why the dollar is moving the way it is and what is influencing it.

In the end, the value of the dollar is driven heavily by the state of the U.S. economy relative to the world, but it’s also impacted by good old fashioned supply and demand. As dollars flood the economy, they become comparatively less valuable.

The original question was related to the dollar versus the , so let’s throw that chart up too. 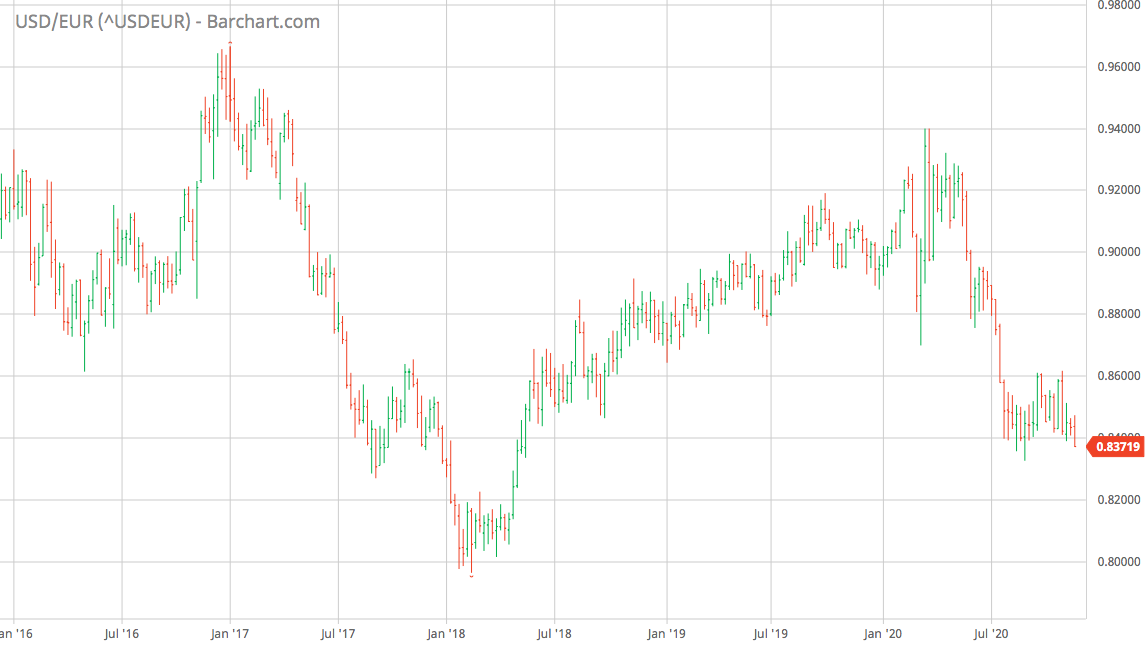 With the economic outlook driving the dollar’s value versus the euro, let’s consider the major factors that could swing the exchange rate in either direction.