The Fed to return positive sentiment to the markets by suppressing expectations of an imminent policy tightening.

Thanks to the announced economic stimulus, the FOMC has drastically raised this year’s GDP growth estimate to 6.5% from 4.2% and forecast that the economy will grow above the trend pace of 1.8% in the next two years. The is expected to fall to 4.5% by the end of 2021, returning to the lows of the last half-century. 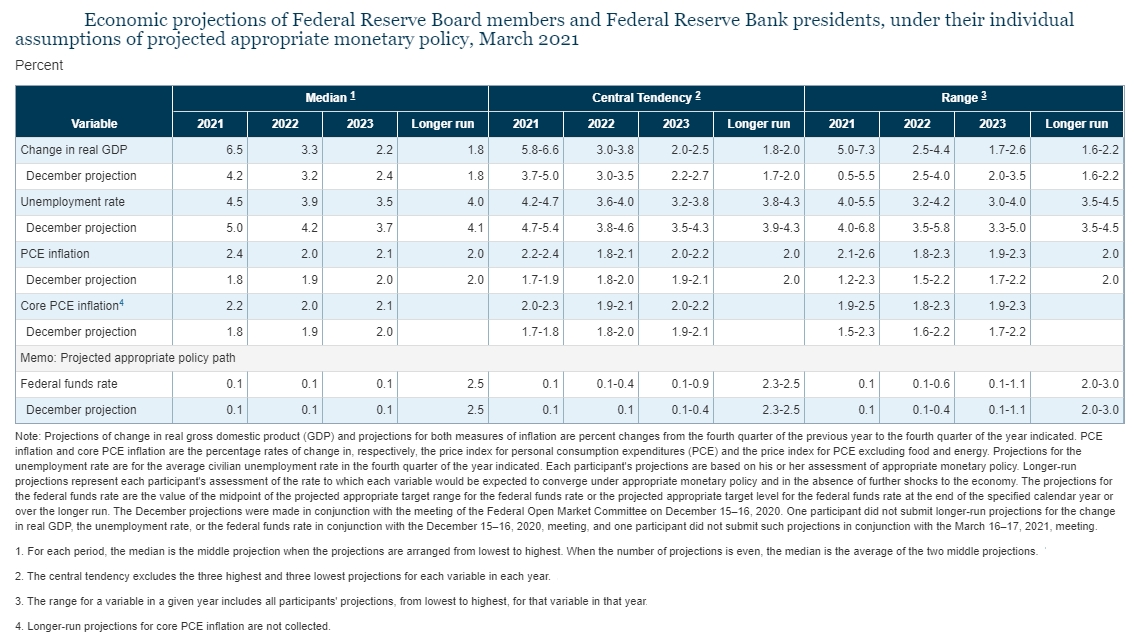 The market reaction has been moderately positive. Medium-term bond yields fell, reflecting the falling odds of a rate hike next year.

The lost 0.7% to the and 0.9% to the pound after the Fed decision and the subsequent chairman press conference. EUR/USD is back on track with 1.2000, and is testing 1.4000 – psychologically important round levels. 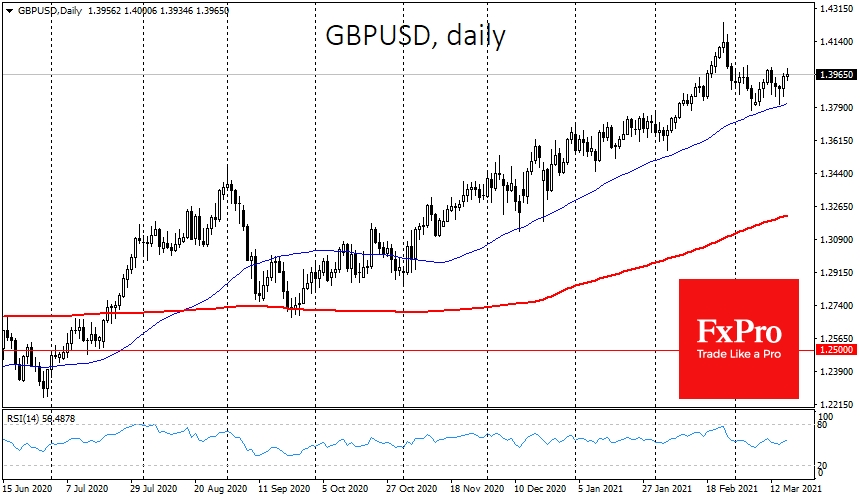 A weaker dollar has helped gain ground and climbs to $1750, which has been in an upward trend since the beginning of last week. However, the upward dynamic in gold is cautious.

The Fed is trying to look beyond the target of 2%, presented as a consequence of the change in strategy. However, experienced traders know that the same approach has been around since 2008 and is widely used by other global central banks.

While the dollar has turned to decline against the major currencies, there are some warning signs to look out for. 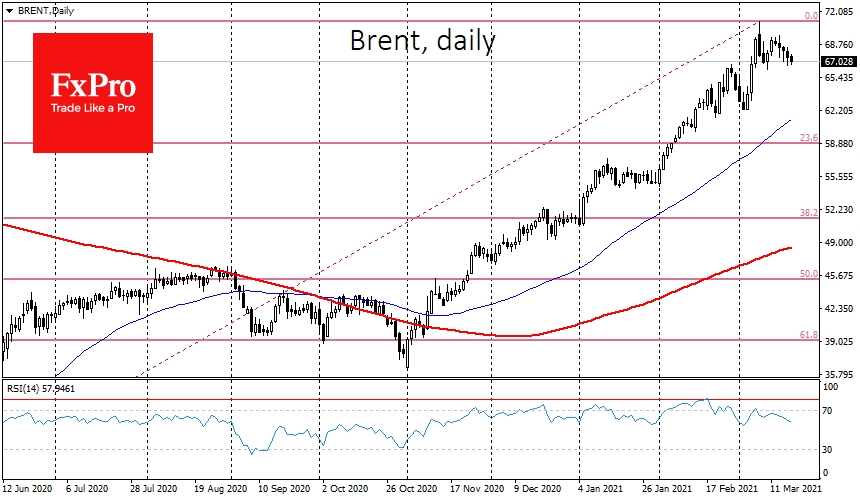 , which had previously brushed off the markets’ pessimism, is now ignoring their optimism, sliding for the fifth trading session in a row amid rising US stockpiles. This reinforces the notion that it has become vulnerable to negative news and misses the positive factors.

Also worth bearing in mind is the reverse correlation between technology stocks’ performance and long-term bond yields. Yields on treasuries have risen to 1.7%, new 14-month highs, which promises to constrain near-term growth stocks mainly in the Index vs more robust growth of companies in the Index. 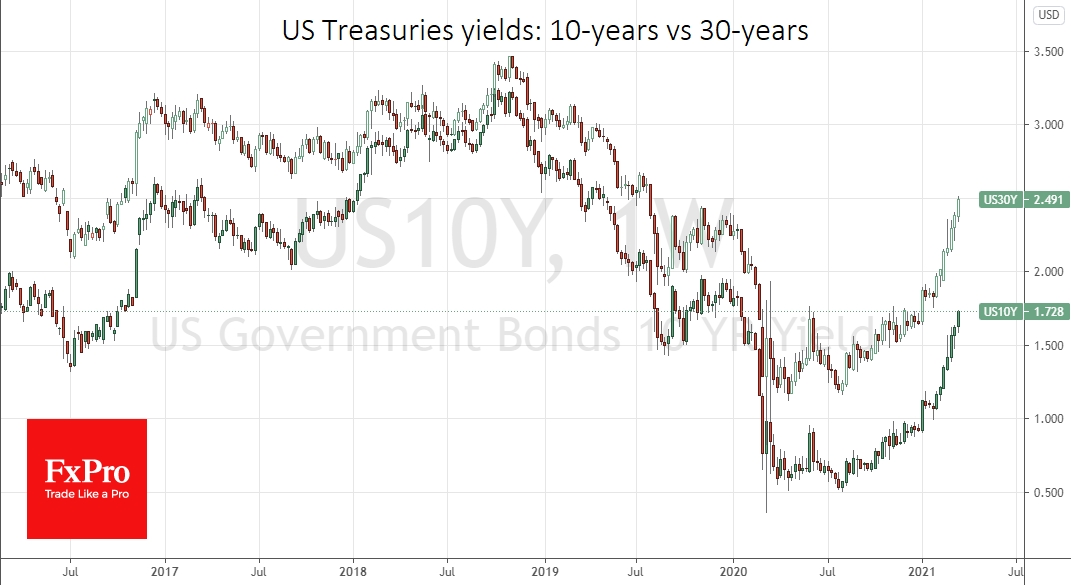