Investors generally reacted positively to US President Joe Biden’s speech yesterday. Speaking in Pittsburgh, where his campaign kicked off, Biden unveiled a $ 2.25 trillion infrastructure plan focused on repairing roads and bridges, expanding access to broadband internet, and increasing spending on research and development.

The plan also calls for higher taxes on companies to fund the proposed measures. “The goal of the plan is not to patch holes. It is an investment in America that is only possible once in a generation,” Biden said.

Despite the fact that the market reaction to Biden’s speech was not as pronounced as expected, since Biden’s plan is already for the most part taken into account in prices, nevertheless, American stock indices received a new impetus for further growth.

The maintains positive momentum, remaining in the bull market. Above the support levels 3948.0, 3906.0, 3885.0, nothing threatens long positions. A breakdown of the local resistance level of 3994.0 will confirm the forecast for further growth in the S&P 500. 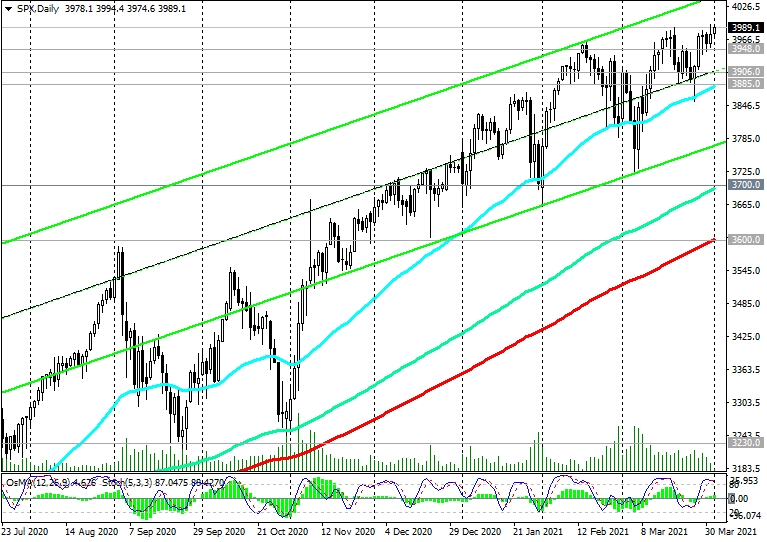