weakness extended anew as the ECB leaned towards guarded optimism in Thursday’s . ECB policy makers continue to be more pre-occupied with the deflationary obstacles to recovery. Earlier this week, policy makers at the BOE and BoC highlighted that the fate of accumulating personal savings were vital to the economic outlook once the pandemic has passed. On Wednesday, Ashraf posted the below chart to the WhatsApp Broadcast Group, highlighting a possible recurrence of the Dec. 8 peak, which triggered a $50 drop pullback before later bouncing towards the 1950s. Stay alert. 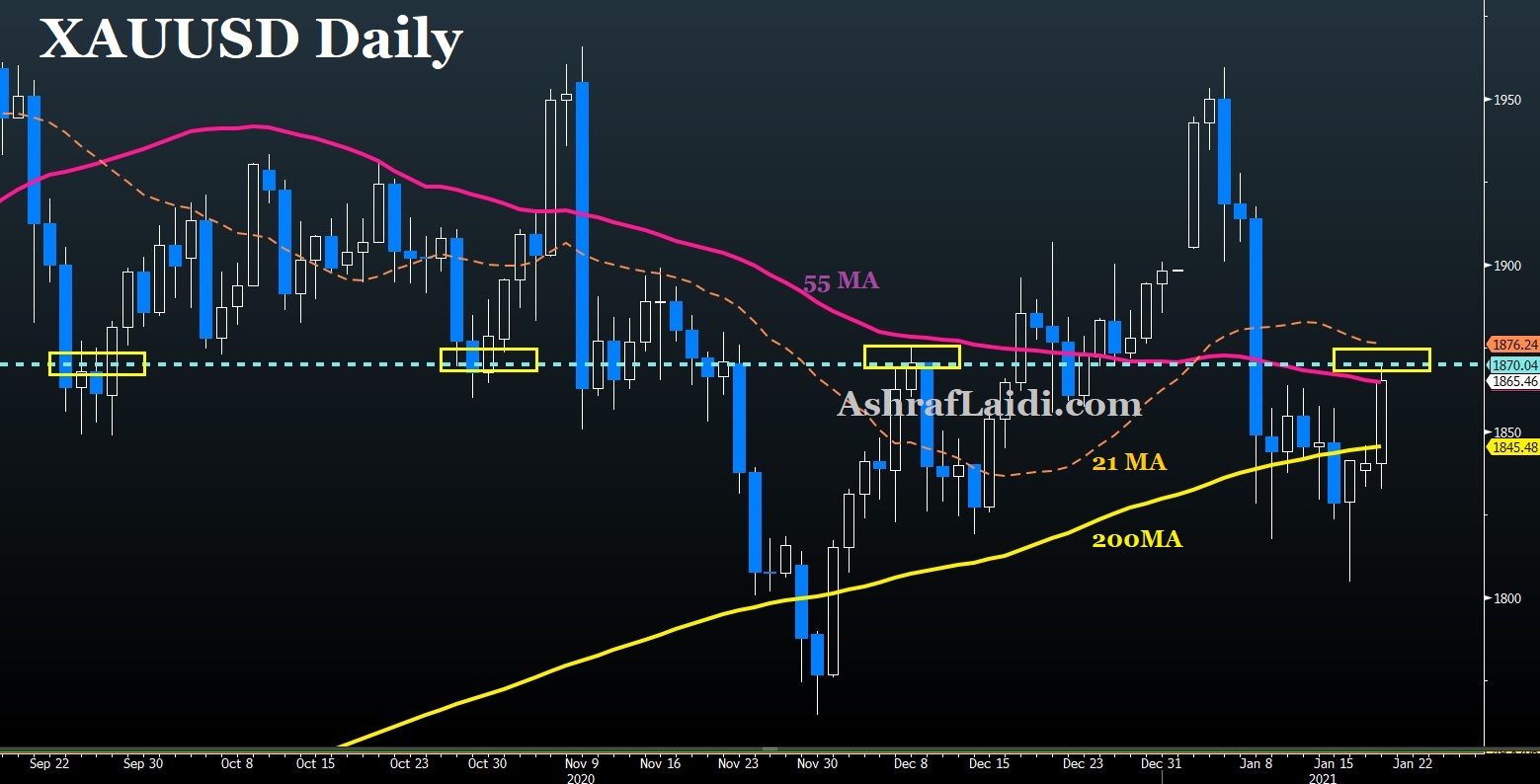 The combination of stay-at-home orders and government handouts has left many consumers with swollen balance sheets. In normal times, you would expect that to lead to a boom in consumer spending but central bankers are cautious about the timing and nature of that spend.

Surely there will be some celebrating when it’s all over and travel will temporarily boom but it’s not clear whether it will all be spent, or how quickly. It’s possible the pandemic leaves consumers more cautious but it’s equally plausible that they end up spending more than ever before.

Where exactly that level of spending falls was highlighted as the key post-pandemic x-factor by the BoE’s Bailey and BoC’s Macklem on Wednesday and the market will no-doubt be watching how that develops.

It’s still far too early but in a few months, we will start to closely watch pent up spending and sentiment data in the UK and US. Another spot to watch closely will be Israel, which is on track to be the first country to fully vaccinate and re-open. How consumers behave there will be a strong clue on what’s coming elsewhere.

Lagging behind in the recovery will be the eurozone, in part due to a slow vaccine rollout. The statement from the central bank was essentially unchanged and Lagarde repeatedly emphasized that QE would continue until at least March 2022. She also offered jawboning by saying the rising euro is a drag on inflation.

The press conference helped to stall the ‘s rally but the scope for further cuts everywhere is fading so dovish talk will have a diminishing effect. The next big question will be who tapers first.