Global stock markets took a small step up at the opening of markets on Monday. However, overall we can speak of a very mixed sentiment. The complex market picture we have seen in previous weeks is still in place after the start of the US economic aid package. 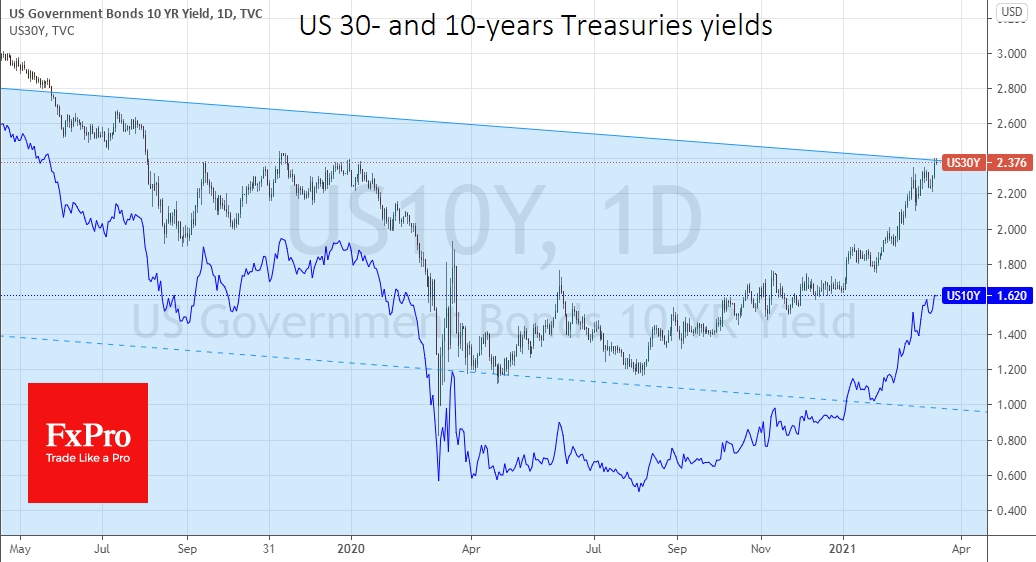 Longer-term US government bond yields continued their climb, taking the above 1.625%, a 13 month high. The bond yield rose to 2.38%, where it was steadily above before August 2019.

Rising US bond yields are putting the trends of previous weeks back on the agenda. Investors also ask for higher bond yields in other regions and sectors, which is reflected in many market dynamics.

Although the rise in yields is a consequence of the sell-off in the debt markets, this does not hinder the dollar. On the contrary, it is gaining on bond pressure. One can see how the has turned upwards since the end of February, reflecting the debt markets’ trends. 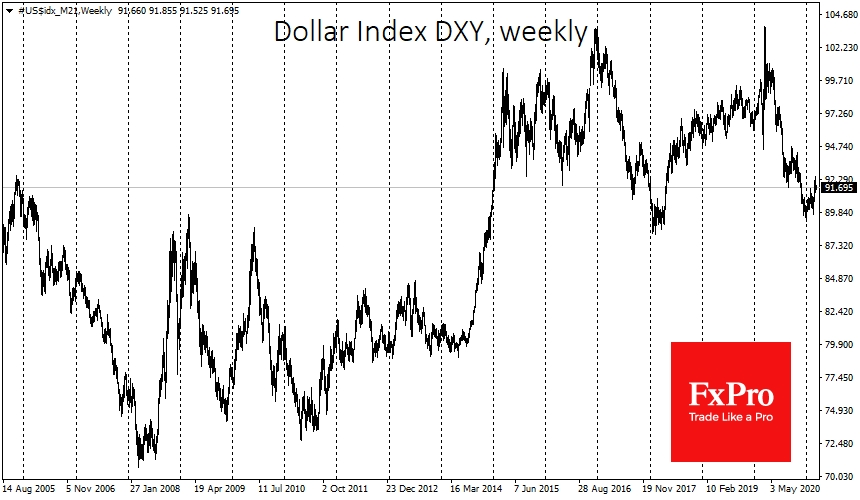 Dollar Index turned to growth following yields in 2014 and 2021

This type of rising dollar hits emerging market currencies the hardest, although the dollar index added more than 20% in the year following its turn to growth in 2014.

Simultaneously, a sharply growing dollar with a weak economy undermines the recovery, although it promises to curb inflation.

The example of the rising dollar in 2014-2016 is difficult to take as a predictor of what awaits us now. The chances are much higher than the dollar’s strengthening on rising yields will not go beyond the first half of the year. It may be even earlier if the Fed agrees to increase its purchases of long-term bonds as part of QE as early as this coming Wednesday. 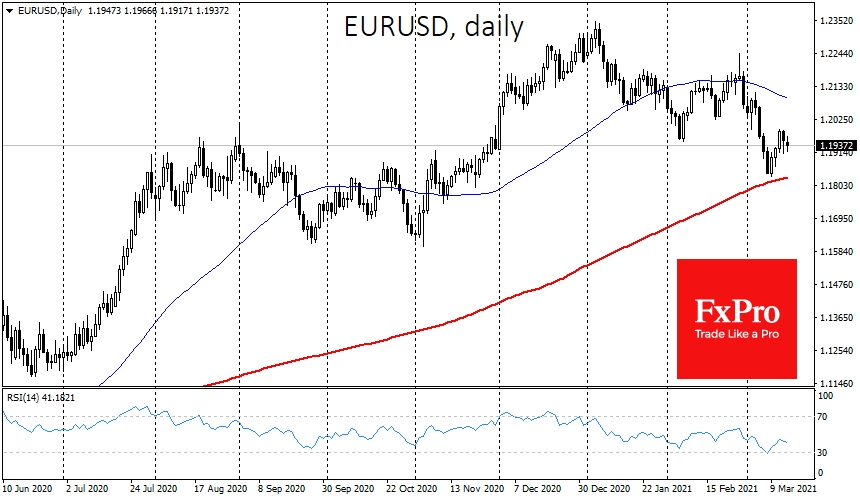 Further strengthening of the dollar causes us to watch the significant near-term levels with particular caution. A rise in the Dollar Index above the previous local highs (92.5) would confirm the bullish sentiment of participants towards the USD.

Locally, we see weak movements in and . Oil’s ability to renew its highs above $70 for is highly questionable with the dollar rising. It will not be easy for gold to develop a reversal to the upside. A new bearish sideways attack with a renewal of last week’s lows at $1680 is also possible.