The New Zealand dollar posted considerable gains on Tuesday, after posting mixed data. The GlobalDairyTrade Price Index posted a strong gain of 4.3%, its best performance since July. New Zealand exports 95% of its milk production, so this reading points to stronger prices for commodities, which is good news for New Zealand’s critical export sector. The news was less positive from the Overseas Trade Index, which came in at -4.7% in the third quarter. We’ll get another look at the health of the export sector, with the release of ANZ Commodity Prices on Thursday (00:00 GMT).

The Covid-19 pandemic has resulted in a sharp economic downturn in New Zealand, but the damage appears to be less than expected. According to the ASB Bank’s Quarterly Economic Forecast, GDP will decline by 3 per cent in 2020, a much better outlook than the 6 percent than the March forecast of 6-7 percent. The reports noted that the economy was benefitting from the strong rebound in China, which has boosted New Zealand’s food and commodity exports. For the markets, perhaps the key point in the ASB report was it did not expect the RBNZ to introduce negative interest rates. The central bank had raised this as a possibility only a few months ago, but with the economy recovering more quickly than expected, this idea has been put back on the shelf. Recently, RBNZ Governor Orr stated that the Official Cash Rate of just 0.10% had ensured that the New Zealand dollar remained competitive. Orr is no doubt continuing to cast an anxious eye on the ascent of the kiwi, which soared by 6.1% in November, its best month in over seven years. 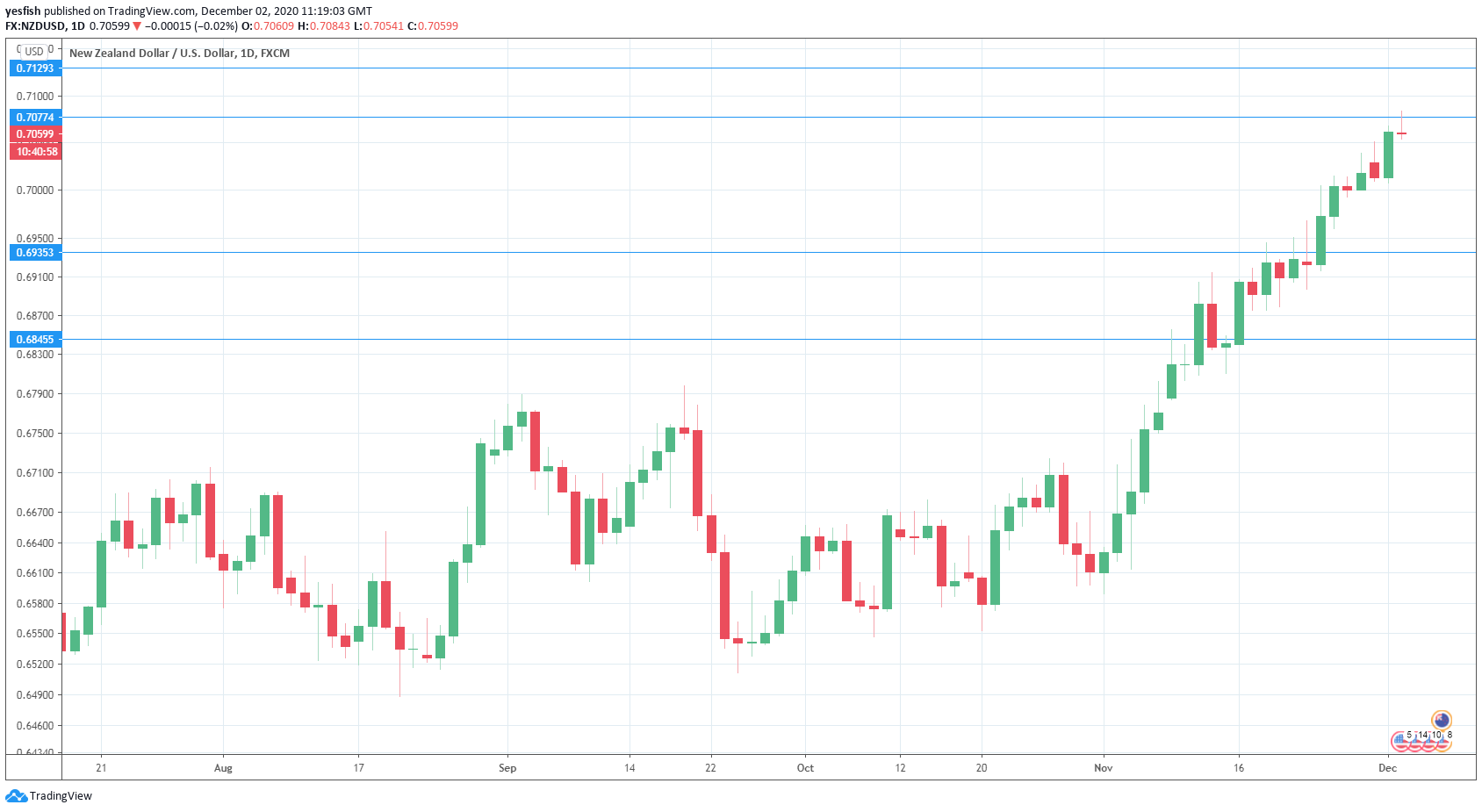