The exploded on Wednesday, rising 1.3 per cent. The currency shot up after Finance Minister Grant Robertson announced that the central bank (RBNZ) would be required to take into consideration government policies in its monetary policy decisions.

The government has inserted a new clause in the RBNZ’s Monetary Policy Committee, which says that government policy is to “support more sustainable house prices” and “dampening investor demand for existing housing stock”. RBZN Governor strongly opposed this move last year, but it appears that the government’s concern over the housing bubble has led it to make this move. The central bank will now be required to take the housing market into account as one of the factors which goes into monetary policy.

The markets took this as a sign that that the RBNZ could raise rates in order to cool the red-hot housing market, and higher rates would make the New Zealand dollar more attractive to investors. This triggered sharp gains for NZD/USD, which crossed into 74 territory for the first time since February 2018.

Overshadowed by the government’s move was a strong release from for February. Although Business Confidence slowed from 9.4 to 7.0, it was only the second gain after three years of consecutive declines. The newfound optimism in economic conditions reflects the economy’s strong recovery from the Covid pandemic. 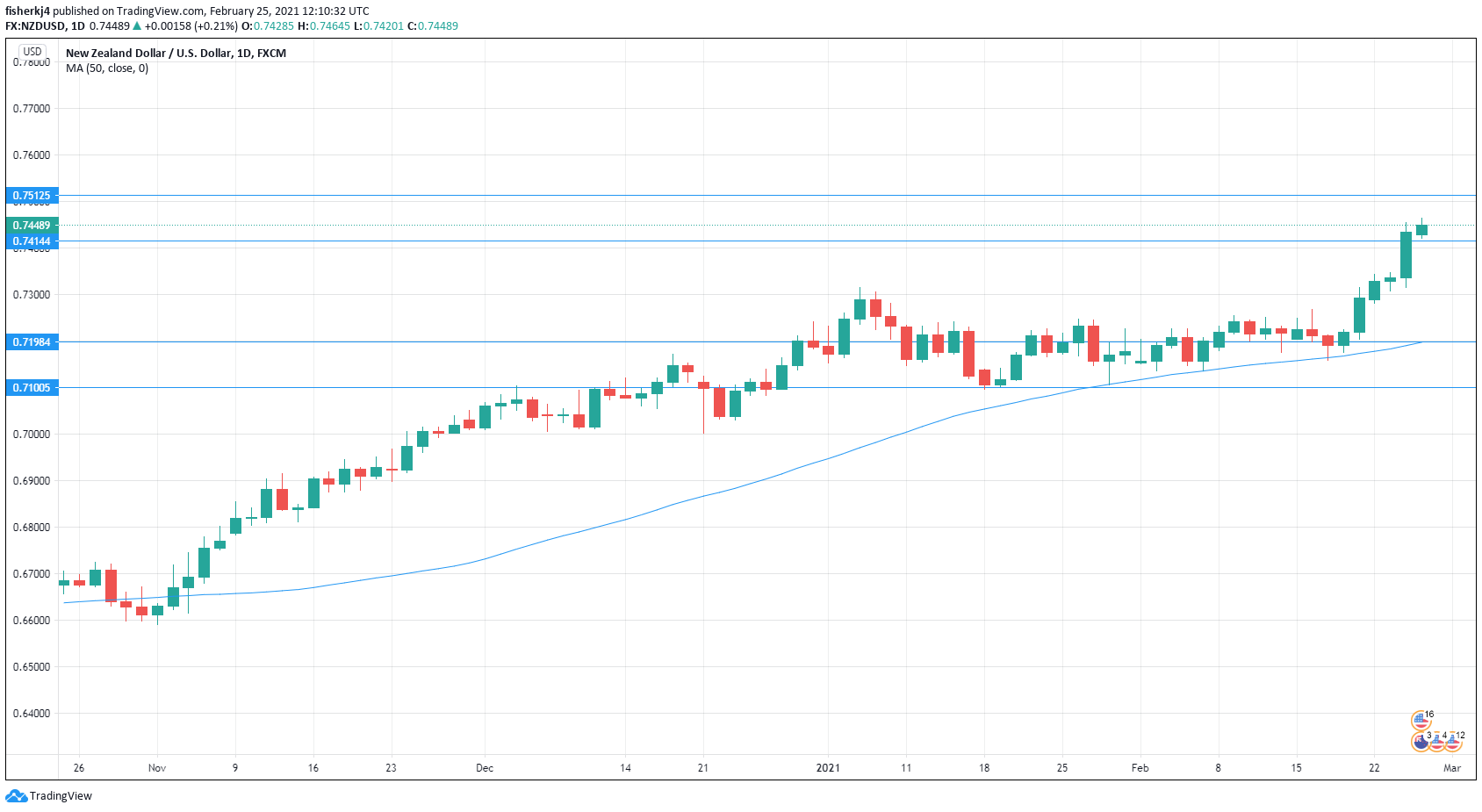