The continues to shine, as it beats up on the . NZD/USD has gained 1.2% so far this week, and is up an impressive 2.8% in February. The pair has again posted strong gains on Wednesday, as even a dovish RBNZ rate hasn’t curbed the current upswing.

The RBNZ’s message to the markets on Wednesday was crystal clear. The rate statement saying that monetary support would remain for some time. The bank said that “prolonged monetary stimulus” was needed and that inflation and employment targets would take time to be met. The RBNZ maintained interest rates at 0.25% and its QE programme (LCAP) at NZ100 billion.

However, the bank noted that it was prepared to “provide additional monetary stimulus if necessary.” New Zealand’s economy has rebounded well from a recession last year, as we’re seeing a V-shaped recovery. The labor market is robust and there are inflationary pressures, signs of a strong economy. Still, the RBNZ is trying to curb the enthusiasm over economic conditions, saying in the rate statement that the economic outlook remains uncertain due to the Covid pandemic.

In the US, Federal Chair Powell was also sending out a dovish message in before a congressional committee. Powell poured cold water on any expectations that the Fed was planning to taper its QE scheme, saying that the Fed remained committed to an ultra-easy monetary policy. Powell sought to reassure the markets that the Fed would act carefully, slowly and that any moves would be telegraphed well in advance. 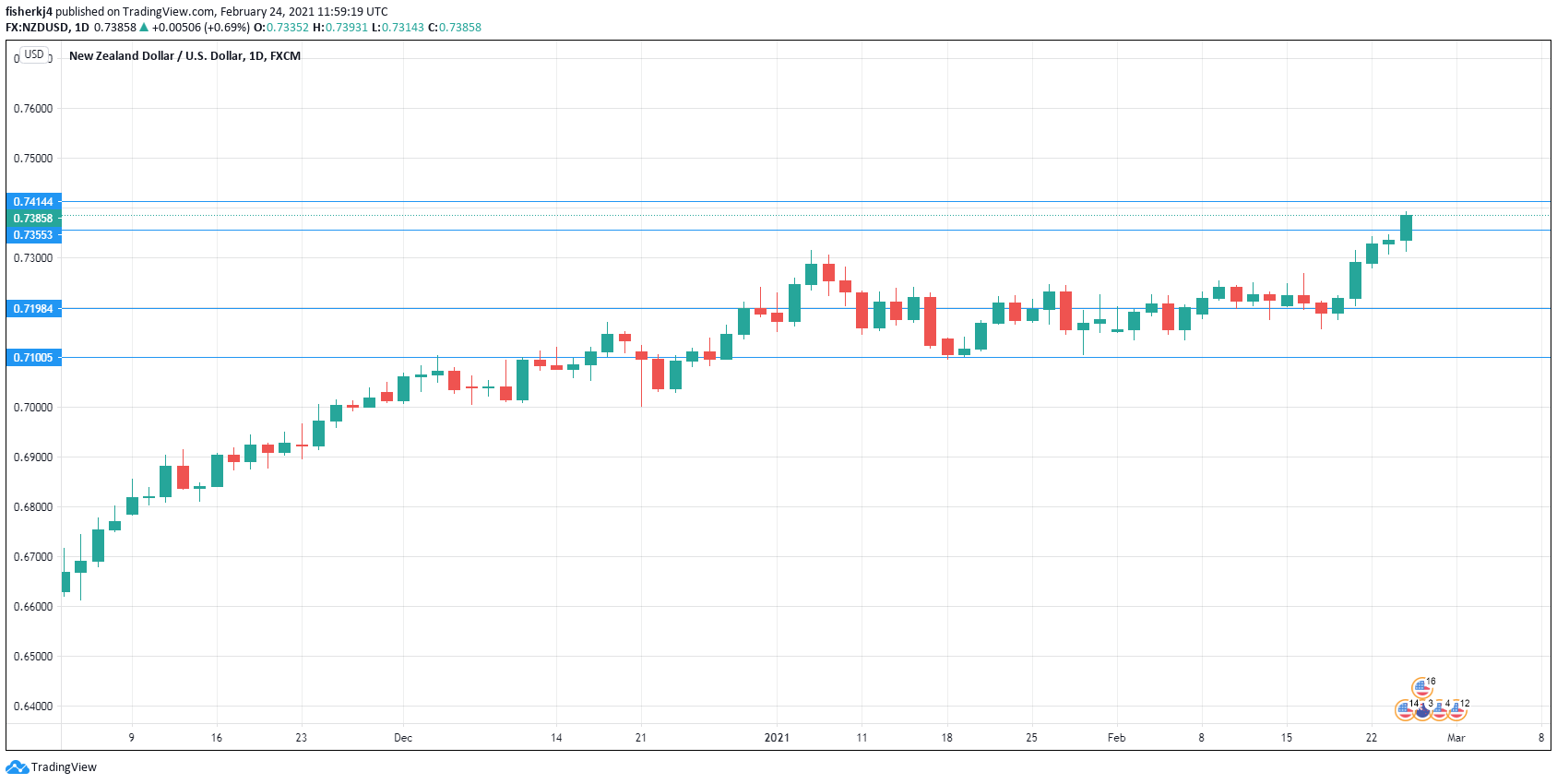