As is almost always the case, Brexit negotiators are at their best when more time is needed to reach an agreement. This time, the president of the European Commission and the British prime minister have decided to extend discussions on free trade.

The postponement of the deadline is now seen as a ray of hope for an agreement rather than a harbinger of impending deadlock. Expectations of softer mutual trade terms between Britain and the EU gave a positive start to markets on Monday morning. was up 1.25% to 1.3400 by the start of the European session, more than two figures above Friday’s lows of 1.3130. 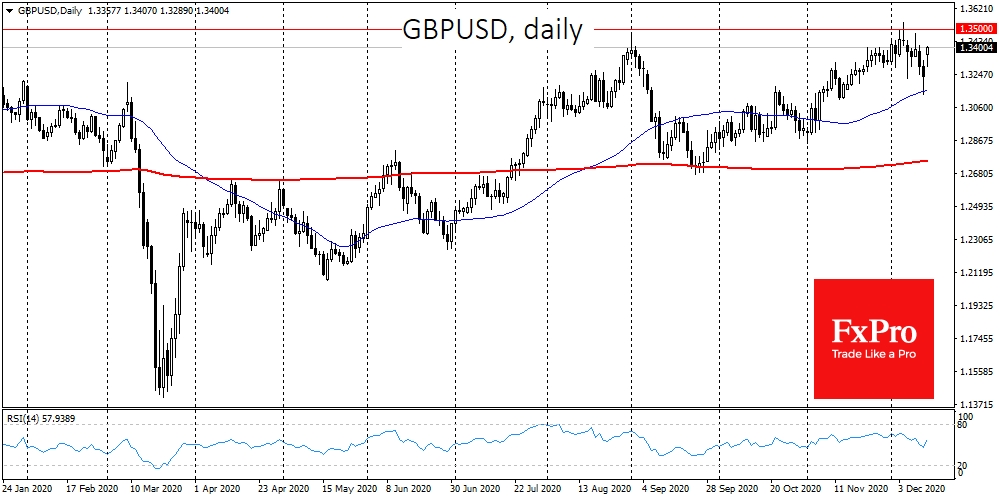 Technically, GBPUSD gained support on Friday when it touched the 50-day moving average, the signal line of the short-term trend. Should the exchange rate remain above this level, it would be a confirmation that the upward trend will continue.

The development of positive sentiment also indicates that we will soon see new attempts of the pair to enter a higher trading range above 1.3500, without developing a deep correction to 1.27, as was the case in September.

Besides, the markets have heightened hopes of imminent fiscal and monetary stimulus in the US. Democrats at the weekend hinted at a willingness to compromise, and these comments breathed life into US index futures purchases.

The positive dynamics of the pound and, indirectly the euro, sent global stock markets to test new highs.

However, the and DAX30 are sluggish today on the general optimism because of the negative impact of stronger local currencies on domestic exports. On Monday morning, the German has some decline while FTSE100 is falling for the second session, losing about 1% and mirroring the appreciation of the pound. 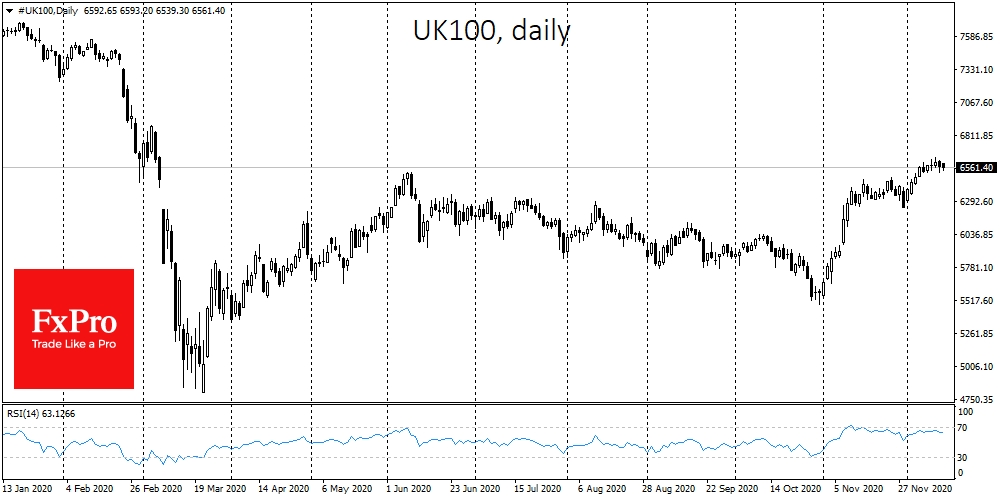 FTSE100 is falling for the second session, losing about 1%

The optimistic market sentiment will have to pass an important test this week in the form of a key Fed meeting. Wednesday evening will be the CB’s final meeting of 2020 and investors are expecting an extension of monetary support measures.

However, it is worth remembering that participants generally have very high expectations, so the markets could be seriously disappointed if for some reason the Fed is unhappy with the record stock index prices and points to the need to focus on supporting the economy, rather than the markets directly.