The British pound continues to make inroads against the US dollar, as is poised to complete a fifth straight winning week. Currently, the pair is trading at 1.3484, down 0.03% on the day.

A tale of two sectors

The UK released and PMIs this week, and the two indexes travelled in opposite directions. The services sector has been de-accelerating, pointing to a slowdown in business activity. The PMI fell to 47.6 in November, down from 51.4 beforehand. This is not only a significant drop, but indicates contraction in the services sector, with a reading below the 50-level, which separates contraction from expansion. Covid-19 took a huge toll on services earlier in the year, as the PMI fell as low as 13.4 in April, reflecting a severe contraction.

Manufacturing has been in better shape than services, and has remained in expansionary territory in the second half of the 2020. The PMI improved to 55.6 in November, up from 53.7 and its best reading since December 2018. Although the services sector accounts for a much larger portion of the economy than manufacturing, the pound has brushed off the weak Services PMI, with gains of close to 1.0% this week. We will now get a look at Construction PMI (9:30 GMT), which is expected to dip to 52.3 points.

There have been many artificial deadlines in the Brexit saga, but there is no ignoring the Dec. 31 deadline, as the UK will withdraw from the European Union on that date, done deal or not. The markets have priced in an agreement being reached in time, and in truth, there is nothing preventing the sides from inking a preliminary agreement and continuing the talks into 2021. Some sort of deal would prevent massive upheaval and uncertainty, which be bad news for the British stock markets and the pound. The markets received a cold reminder of this on Friday, with a report that the French Junior European Affairs minister stated that there was a risk of a no-deal Brexit. The pound immediately responded by dropping 20 pips, from 1.3470 to 1.3450. 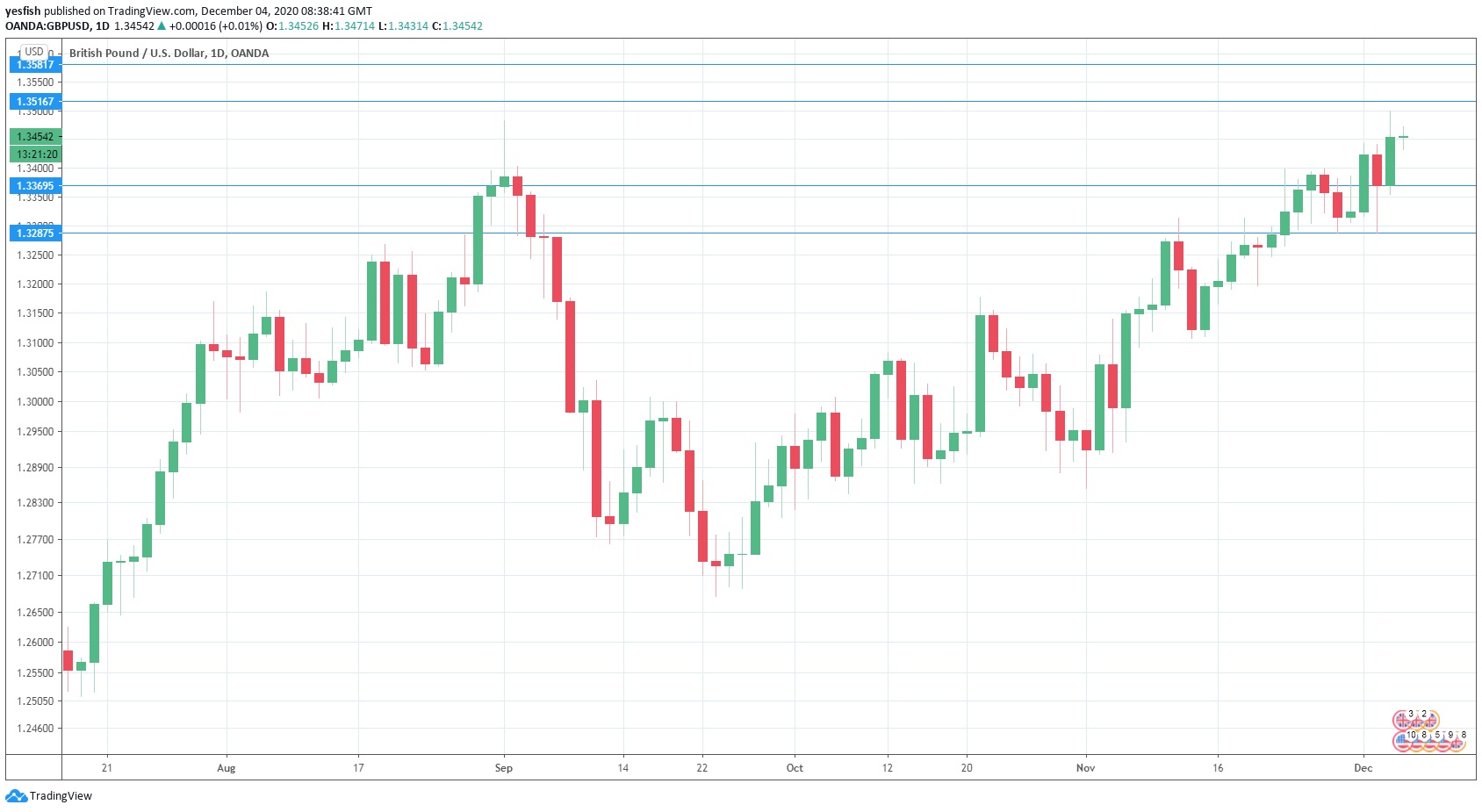