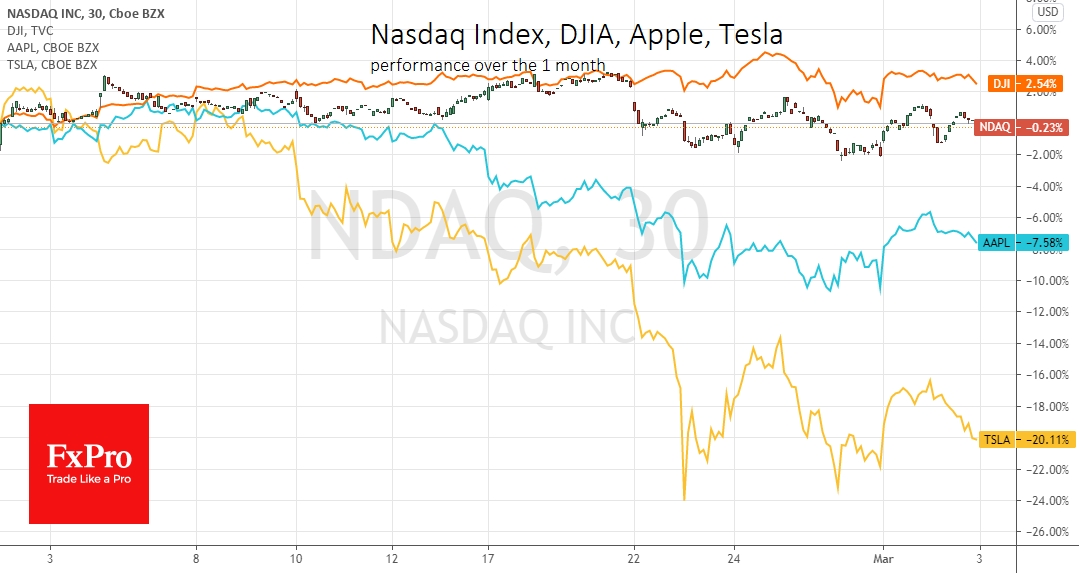 The rise is partly due to reports that the People’s Bank of China injected 10 billion yuan ($1.55 billion) of liquidity into the financial system. After yesterday’s concern about asset and real estate market bubbles from the bank official, that move eased market nervousness. Besides, markets positively reacted to reports that the US Senate may pass a 1.9 trillion stimulus package as early as this coming Friday or Saturday.

The and the are strengthening against the , reflecting demand for risk assets. Meanwhile, the and continue to give up ground, further cementing the carry trade.

However, at the risk of being overly cautious, we continue to note very worrisome trends. Yesterday, the index lost 1.9%, dragged down by a sell-off in the technology sector against a 0.45% decline in the . Tesla (NASDAQ:) and Apple shares (NASDAQ:) sold off again, losing more than 2% and 4.4%, respectively. These are all signs of a restored cautionary trend marking overbought conditions in the high flying sectors of last year, which scared the markets at the end of February. 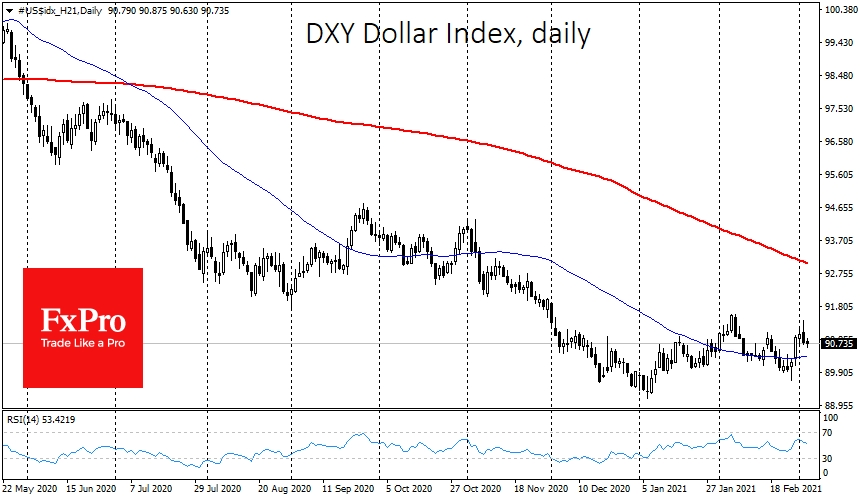 Dollar Index gave up some gains due to JPY, CHF weakness

Currency and debt markets, in contrast to Asia today, are also calling for caution. The dollar index is almost unchanged on Wednesday morning and has lost 0.5% from Tuesday’s peaks. The Yen and Swiss Franc weakness pulled the DXY up, while a rebound in the euro from the 1.2000 level has caused short-term pressure on the dollar. The pound is cautiously gaining, again climbing towards 1.4000 after touching 1.3850 on Monday.

However, these and rebound attempts look fragile. It may be just a short-term rebound before a new round of decline. Traders should note long-term US bond yields, which rose to 2.22% in the today versus 2.11% on Friday, while the stabilized at 1.4%.

Such yields attract buyers to Treasuries, causing pressure on former market flagships and forming pressure on the euro, yen, franc and pound. It seems that only policy divergence can change this trend. For example, if the Fed focuses on controlling short-term yields, while Europe and Japan pledge to keep longer-term bond yields under control. 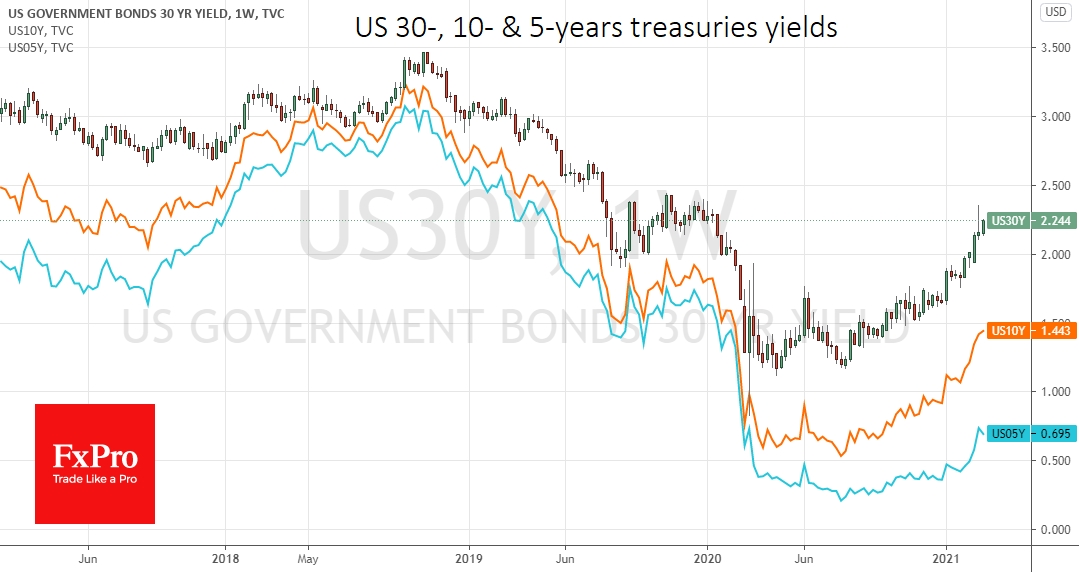