The US indices were hit near the close of Tuesday’s trading session on news that Trump has abandoned talks with Democrats about a relief package. These reports wiped 2.5% from the S&P 500, erasing its intraday growth and leading to a 1.4% decline on Tuesday.

In Asian trading, however, markets have recovered some of the initial losses on speculations that the US support package will be delayed but not cancelled. The Democrats’ latest offer of aid was 2.2 trillion, against 1.6 trillion from the Republicans. The markets now hope that the final package will be above the latest figure and that this will increase the chances of a Trump re-election. 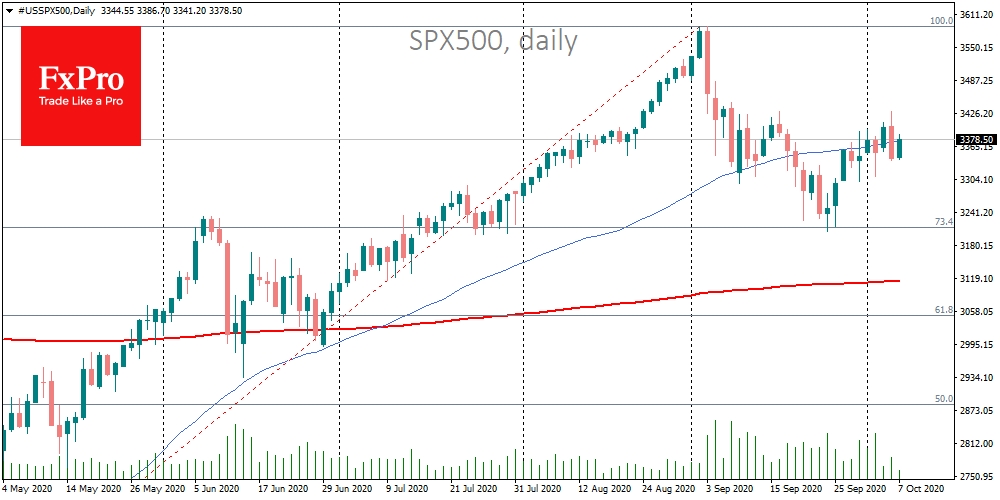 The current US President will undoubtedly use his position to strengthen the association that he personally signed the stimulus packages and generously supported the economy and suffering industries. The President can issue executive orders that require funds to be allocated to specific areas. However, these will not be as bold as a comprehensive package.

Despite the optimistic expectations in the morning, for a longer-term perspective, investors and traders should bear in mind that many things could go wrong with Trump’s plan. As with trading negotiations with China, the net effect could be negative, forcing new ways of offsetting bad consequences with a softer monetary policy or broader fiscal relief.

All of this is pushing American markets closer to its limits where the whole system will be tested. For example, fiscal stimulus is putting more and more debt on the government, in addition to an insoluble pension gap. Interest rates are already at their lowest point, requiring the Fed to build up its balance sheet to ease monetary conditions further. 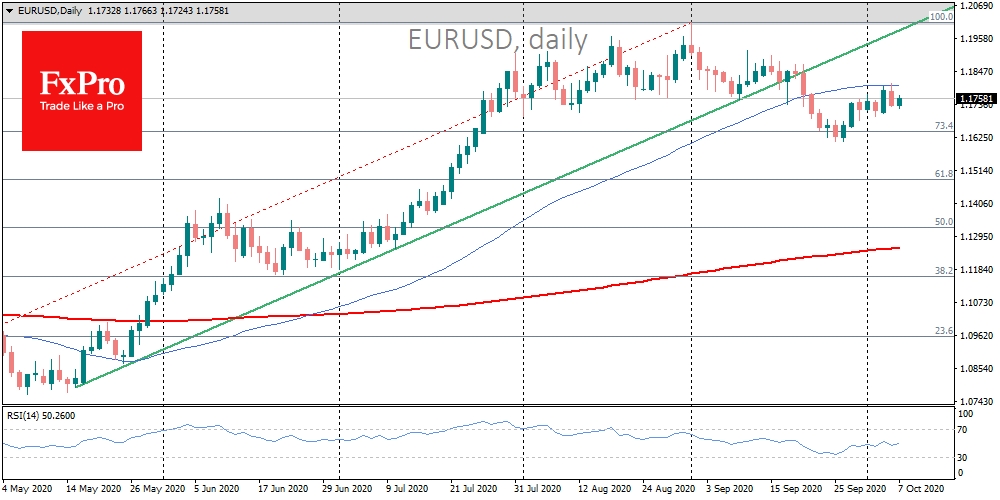 EURUSD pullback from 50-DMA is a bearish short-term sign

The problem is that the monetary and fiscal policy limits are not a precise figure. It is a function of diminishing utility: the greater the debt burden, the less the effect of increasing it by the same amount; the lower the rate, the less the impact of further reducing it. This is why the US now requires trillions of dollars in cheques and purchases on the Fed balance and every new failure requires more and more support.

Politically non-biased technical analysis is forcing us to look at market dynamics with caution in the upcoming days. With a sharp movement, and have fallen below the 50-day average. and reversed from similar levels. This is a signal that bearish sentiment may continue to increase in these instruments.

The bulls are ruling the ball this morning, however, it is worth keeping a close eye on whether the technical component will eventually win. The signal levels are 1.1800 and 1.1700, the exit of which can reinforce movement in the direction of a breakthrough.