Global equity markets are now getting a substantial boost while Wall Street Bets crowd assets have been losing value. Last week, we saw exactly the opposite picture. The US indices returned to the highs of a week ago, while the GameStop (NYSE:) share price fell to two-week lows.

Wall Street’s optimism may be fragile as the simultaneous strengthening of demand for risky assets, and the ‘s rise continues. Such a combination rarely lasts for a long time. In the past year, we have repeatedly observed that the dollar’s turn to growth is soon followed by increased pressure on worldwide equity markets.

Meanwhile, is testing support at 1.2000, having lost 2.5% after four weeks of decline from the peak at 1.2350 in early January. An extension of the pair’s decline will bring it back to test the critical 1.1930-1.1950 area, former strong resistance and near a retracement of 76.4% of the pair’s rise in the previous ten months. The development of the decline will put the 1.1750 level on the bear’s agenda. 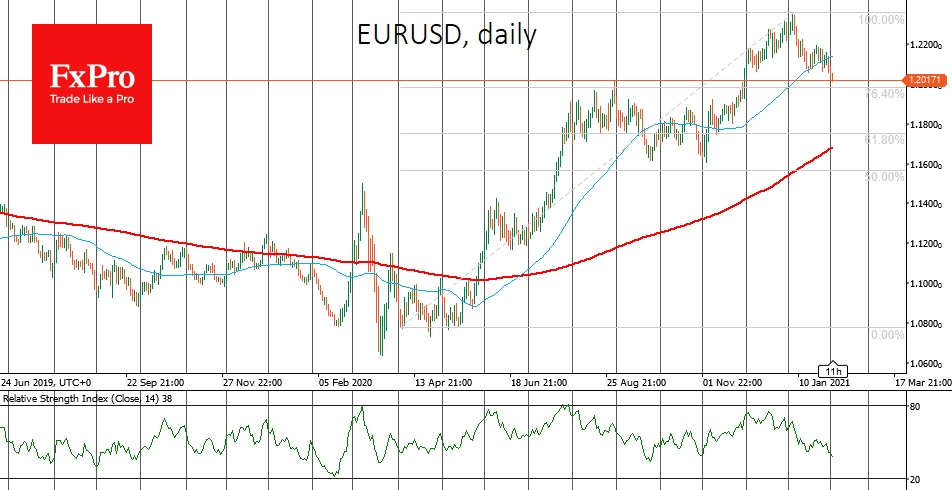 Interestingly, more robust than expected final PMI estimates in the euro-area did not help EUR. Such dynamics may suggest a strong pull into the dollar.

The US currency demand is even higher against Japanese yen with crossing the 105 level for the first time since November after six back-to-back trading sessions of growth. is also rising, testing levels near 0.9000.

Typically the rally in these pairs is a reflection of risk demand in global markets. However, it now seems more like an overflow of capital into dollar-denominated safe-haven bonds, as yields on the long-term Treasuries are rising and shorter-term yields (under two years) are declining lately. This dynamic is typical of periods of cautious capital flows into defensive assets. 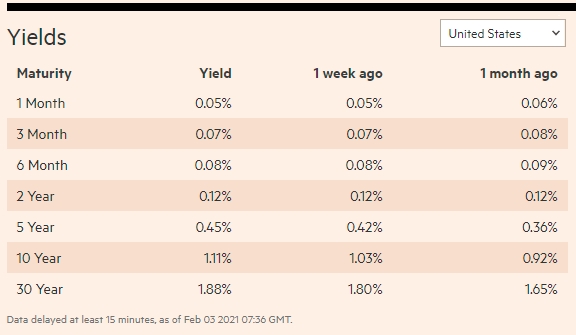 The decline in since the second half of January is still developing despite a surge in risk demand, indicating caution. and have been languishing in narrow ranges for the past few weeks despite better than expected data.