Traders watched the closely over throughout the New York session as the venerable currency largely traded sideways, around the 1.40 handle, throughout the day. There was a distinct lack of direction from the currency despite the US numbers coming in well under expectations at 117k. However, not all is negative for the cable as there are some increasing technical factors which suggest that another leg higher could be in play.

A cursory review of the Cable’s charts shows the, almost, bullish linear trend that has been in play since early February. The pair has been appreciating strongly within a relatively tight trading channel which has seen prices rise from 1.2690 to its current level. Subsequently, the Cable’s pullback over the past few days would appear to be nothing but transitory and one that relieves pressure from the RSI and MACD which were strongly in reversal territory prior. 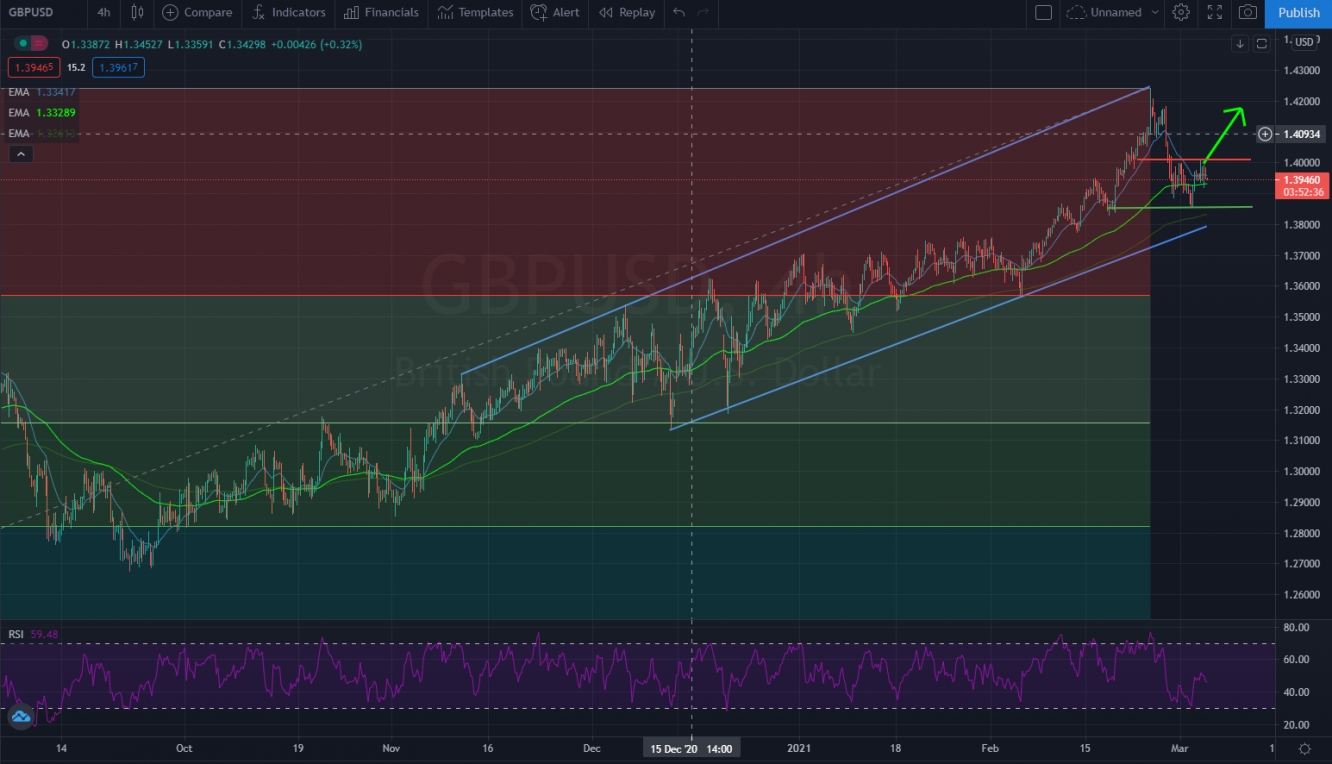 Looking at the technical perspective demonstrates some upward mobility for the GBP/USD with MACD finally in a reversal position with price action having formed a zone of support around the 1.3940 mark. Additionally, RSI has now retreated out of overbought and into neutral territory. The fact that the medium-term bullish trend remains unbroken is encouraging and is likely to continue to dictate the pairs direction in the short term.

Subsequently, I firmly expect that pair to continue its inexorable rise in the coming day with a view towards making a play at near term resistance around the 1.40 handle and the 1.4050 zone in extension. However, fundamental factors will be important later in the week and could bring about some volatility for the pair.

In particular, keep a close watch on the and US  due out Friday as they will definitely move the market. The ADP numbers are normally a small window into the accuracy of the NFP forecasts and, given the sharp miss, the print is likely to come in below expectations of 110k.

Ultimately, there is plenty of technical and fundamental evidence for another leg higher for the GBP/USD. However, watch your position sizing ahead of the above key news releases as volatility is likely to be relative strong during the market’s initial response to the printed numbers.