German data started the week on a positive note. The improved to 92.4 in February, up from an upwardly revised 90.3 in January. This beat the estimate of 90.5 and marked a 4-month high. The Ifo institute statement noted that the German economy is performing well despite the lockdown “mainly because of the strong industrial economy”. Germany’s s have been well into expansionary territory, and the January read improved to 60.6, its highest level since January 2018.

The strong Business Climate release follows last week’s index, which jumped from 58.3 to 69.6. This indicates that financial experts are more confident about economic conditions in Germany in the next six months. At the same time, German consumers have not shared in the optimism over the economy. The index has mired in negative territory since last March, and the January reading fell t0 -15.6, down from -7.3. The February data will be released on Thursday, and another weak release is expected, with a forecast of -14.0.

Will Eurozone inflation break out?

With major economies slowly getting on their feet, their are expectations that pent-up inflationary pressures will lead to higher inflation levels in 2021. We saw this with the most recent data, and the is expected to follow suit, with January CPI releases on Tuesday (10:00 GMT). Eurozone headline inflation has posted five straight declines, but is expected to explode with a gain of 0.9%. A strong gain would point to an increase in economic activity and would be bullish for the euro. 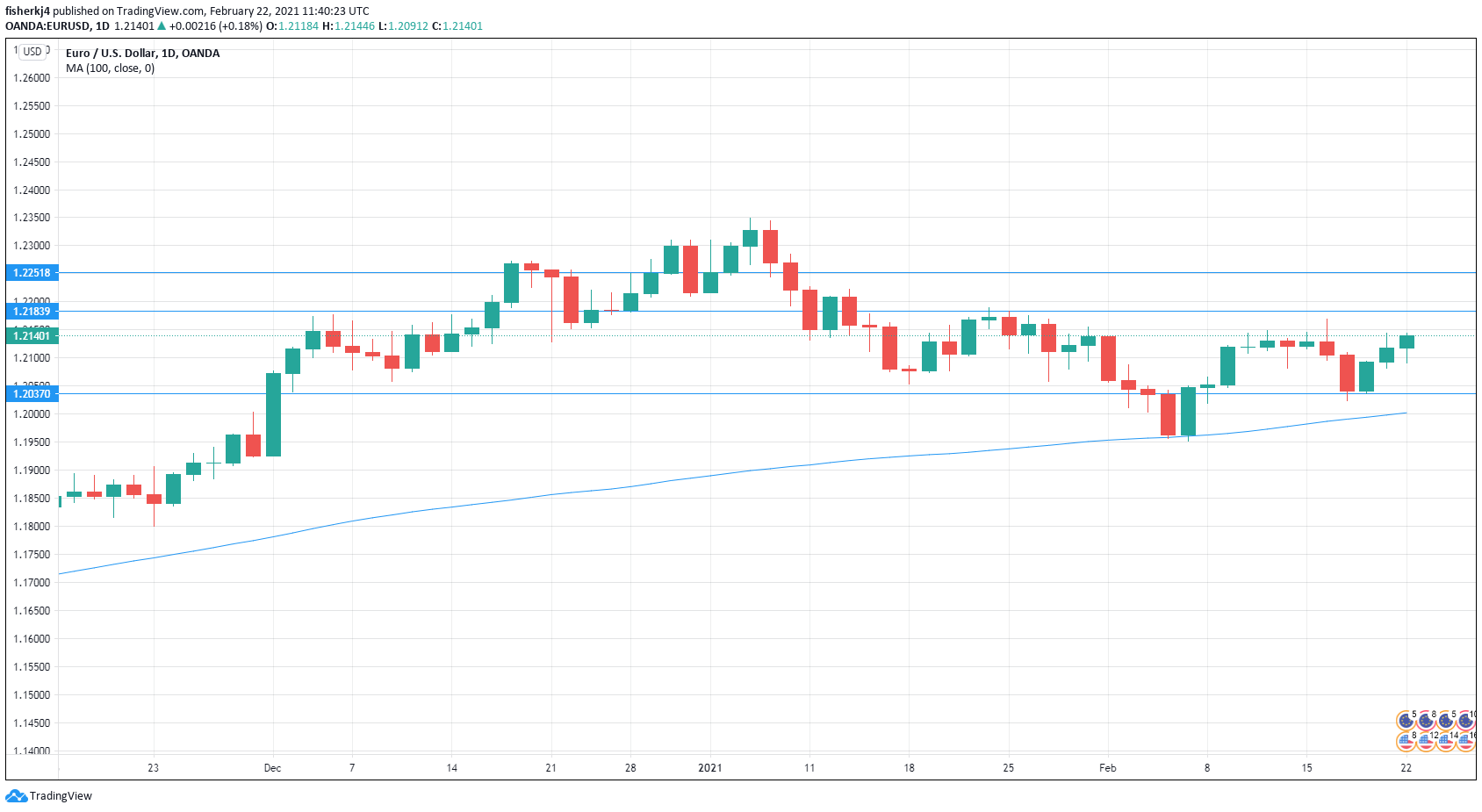