News flow about how Trump’s treatment is going has a significant impact on market trading. It seems that the health of the markets now depends directly on the state of the U.S. president. Reports that his health has improved over the weekend created positive momentum in opening markets in Asia. However, it has proven to be unsustainable.

The and on Friday fell below their 50-day average. The ability to close assuredly above these signal levels may indicate a break in the downtrend and a return to growth after September’s correction. 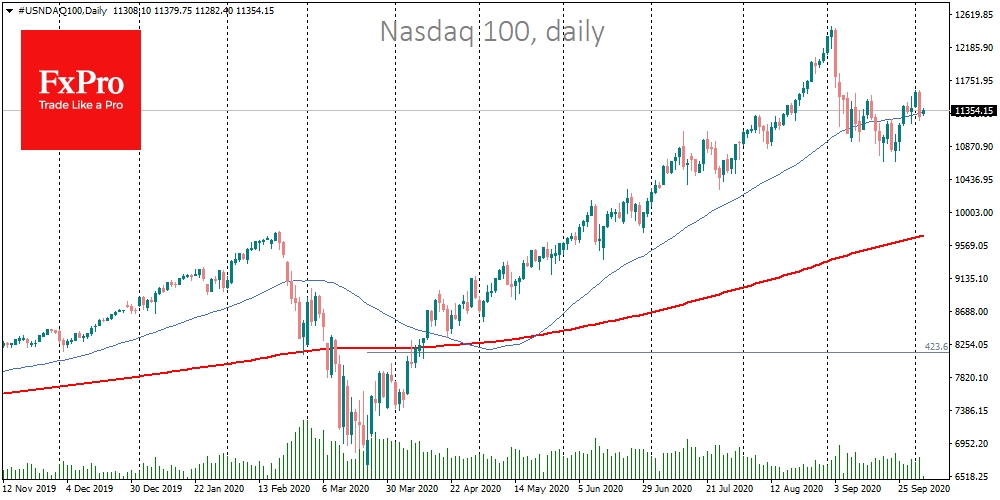 Futures on indices faced an obstacle when trying to grow this morning. A clear technical signal will only be received if there is a sharp upward or downward movement from this line. Without this, the chances are high that the indices will continue to hover around this mark without a particular direction, and this is the most dangerous situation.

In foreign exchange markets, the stagnated while waiting for additional signals. Trump’s weakness in the election race is a positive factor for the U.S. currency as it increases the caution of stock markets and increases the traction in protective instruments.

Beyond politics, economic dynamics can have a significant impact on currency trading. The final September PMI estimates for the Eurozone were better than expected. This supported the growth of the as it helped to put aside fears of a second wave of disease affecting the economy. 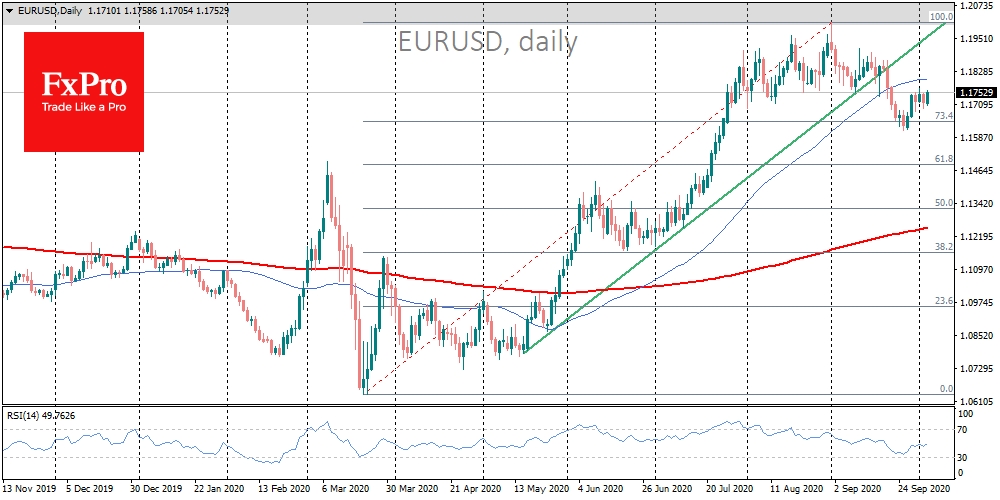 The euro area’s remained in growth territory, rising to 50.4 against the first estimate of 50.1. The Index data has had a substantial impact on EUR//USD so far this year. During early trading in Europe, those indices were better than expected and helped to keep the pair above 1.1700.

Data for the USA will be published by the beginning of the New York session. If statistics are better than expected there too, this will be a plus for stock indices. However, in the case of EUR/USD, investor interest may sway in favour of America if there are more confident growth signs again.