The received a boost on Wednesday from positive data, as manufacturing and services PMIs for November looked sharp across the eurozone, accelerating from October and beating the forecasts as well. The manufacturing sector continues to show strong growth – the German improved from 57.8 to 58.6, while the all-eurozone climbed from 53.8 to 55.5 points. The services sector has lagged behind manufacturing, as PMIs continue to point to contraction, with readings below the neutral-50 level. Germany’s improved to 47.7 while the eurozone rose to 47.3 points. These numbers were stronger than a month earlier, raising hopes that the service sector could return back to expansion early in 2021 if the upswing continues.

The euro has moved higher on the positive PMI data, and is knocking on the doorstep of the 1.22 line after breaking above it in the Asian session. EUR/USD lost ground last week, but is still up 2.29% in December.

All eyes on FOMC meeting

The Federal Reserve holds its final policy of the year later today (19:00 GMT). The Fed is unlikely to make any changes to its ultra-low interest rates, so the markets will be focussing on the rate statement and the follow-up press conference with Fed Chair Powell. How will the respond? If Fed policymakers announce an extension to its QE program, the sagging dollar could lose more ground. However, the Fed may opt to stay on the sidelines and suffice with subtle language change, which could allow the dollar to escape relatively unscathed. 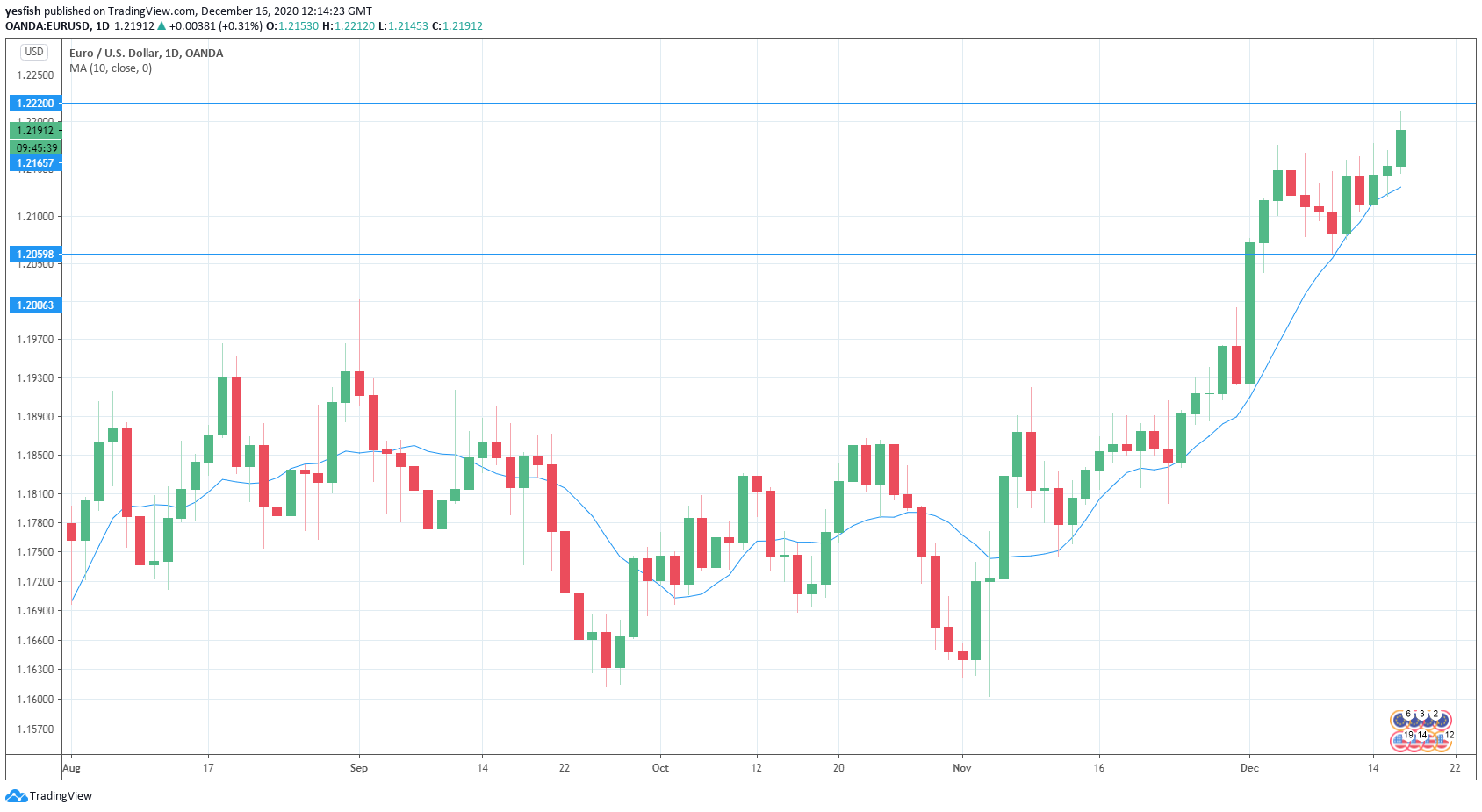