Stated simply, the European Medicines Association is stuck between a rock and a hard place: COVID cases are rising throughout the continent, but the much-needed AstraZeneca (NASDAQ:) vaccine has been called into question over a couple of reported cases of dangerous blood clots. With many countries across Europe already struggling to overcome logistical hurdles and vaccine skepticism among the populace, the concerns about vaccine side effects are the last thing the continent needs.

Yesterday, the European Medicines Association delayed its scheduled decision on whether to ban the AstraZeneca vaccine to Thursday as it evaluates the blood clots on a case-by-case basis. Reading the tea leaves, the group appears to be leaning against an outright ban, with various representatives stating that there is “no evidence” linking the blood clots to the vaccine, that side effects have occurred at a rate “no higher than the number seen in the general population,” that the “vaccine’s benefits continue to outweigh its risks,” and that any changes to current recommendations are “unlikely.”

With the market hyper-focused on the timelines for economic recoveries, Europe is at least a month or two behind the US and UK in vaccinating its population, which means it’s likely a couple of months behind on reopening its economy fully. The lack of buy-in for additional fiscal stimulus, unlike we’ve seen in the US this week, could further delay a full economic recovery on the continent.

In any event, the ws the worst-performing major currency yesterday, with the delayed vaccine decision playing a major role in the move. The world’s most widely-traded currency pair broke down to a nearly 1-week low below 1.1910, triggering a number of short-term stop sell orders and driving EUR/USD below 1.1900 as of writing. 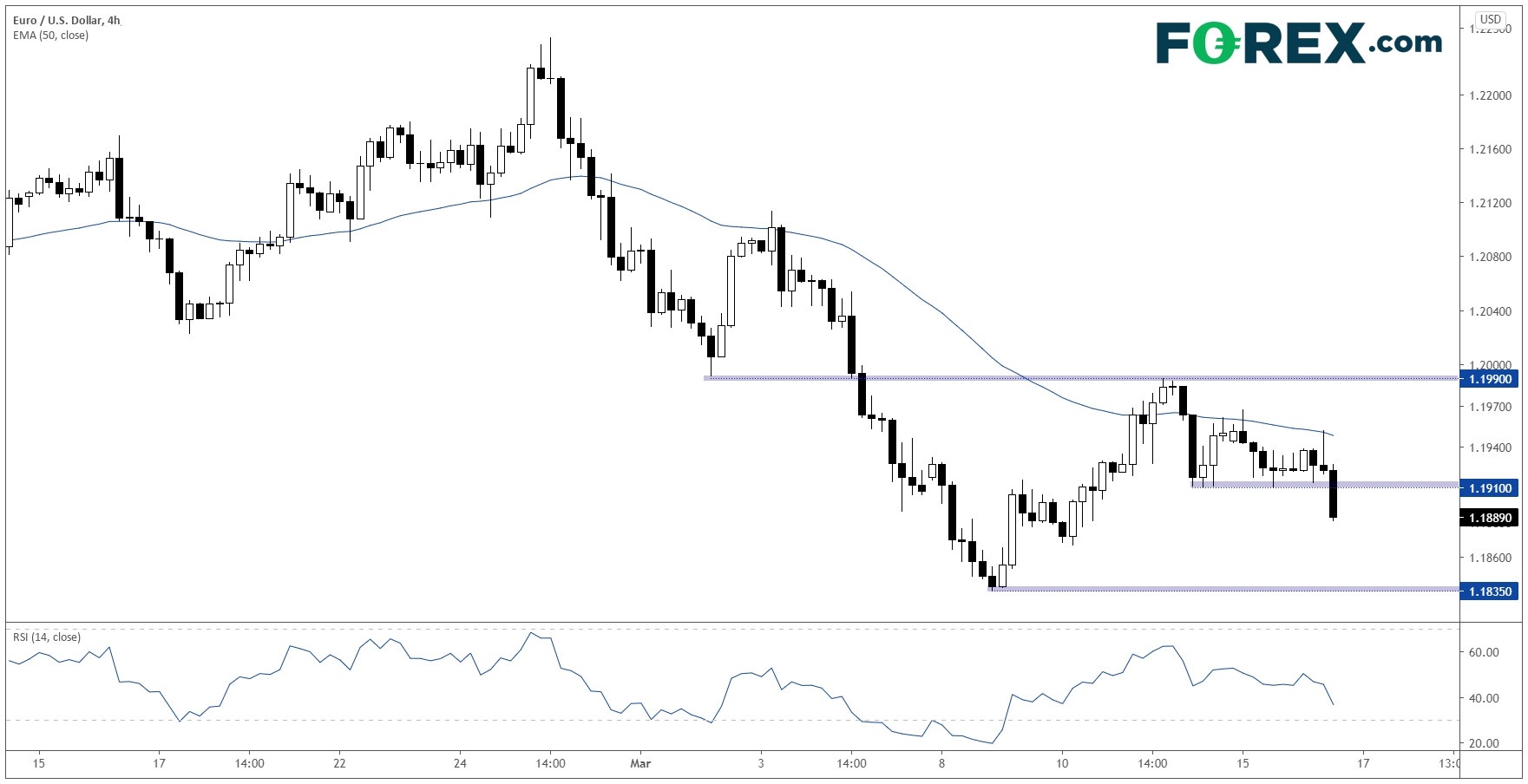 Moving forward, the pair’s near-term technical bias will remain to the downside as long as rates hold below 1.1910, and more broadly, it would take a move back above 1.2000 to convince bulls that the longer-term uptrend has resumed. To the downside, bears may look to target the year-to-date low at 1.1835 next.