Many market participants believe that on the eve of the ECB meeting, which will take place on Thursday, short positions in the and the EUR/USD pair remain preferable.

The recovery of the European economy largely depends on the pace of vaccination, and so far the EU’s strategy in this direction has not been successful enough, economists say. In their opinion, if it takes another quarter to lift most of the quarantine measures, and they will be extended until the fall, then it may take a year more to restore the pre-crisis levels.

It is possible that at the ECB meeting on Thursday, the bank’s leaders may speak in favor of additional support measures for the European economy, as well as give less optimistic forecasts for its growth, which may cause a weakening of the euro and a renewed decline in EUR/USD.

The ECB will publish its on the key rate and on the deposit rate on Thursday at 12:45 (GMT). According to the ECB leadership, the balance of risks for the economic prospects of the Eurozone “is still shifted to the negative side”, and “until inflation is in line” with the target level, which is just below 2%, the rate will remain low. 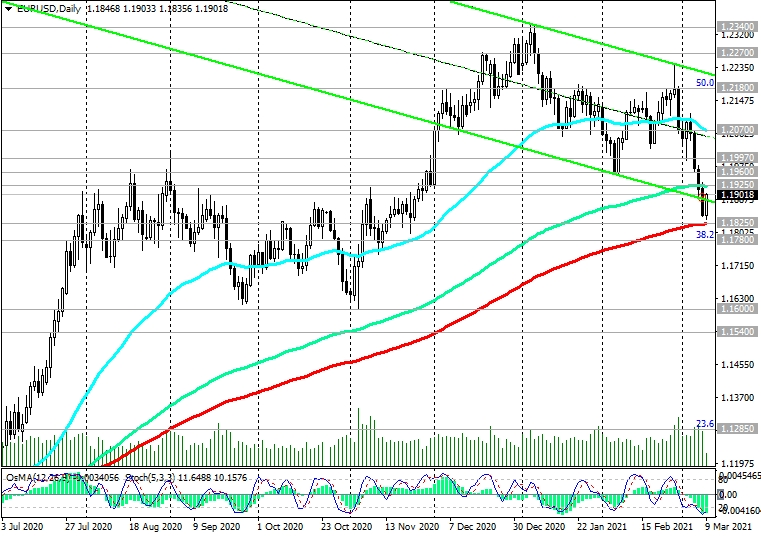