As my colleague Joe Perry eloquently noted yesterday, we saw a dose of strong US data on Wednesday, boosting the . Meanwhile, the euro was one of the day’s weakest major currencies on the back of a weak report and downbeat economic comments from new Italian PM Mario Draghi.

Looking at the chart of , rates are trading back near the psychologically-significant 1.20 level after putting in a series of lower highs and lower lows so far this year; rates have only closed below the widely-watched 1.20 handle once since November. Taking a longer-term perspective, the world’s most widely traded pair is also approaching its 100-day EMA, which has provided strong support since last June: 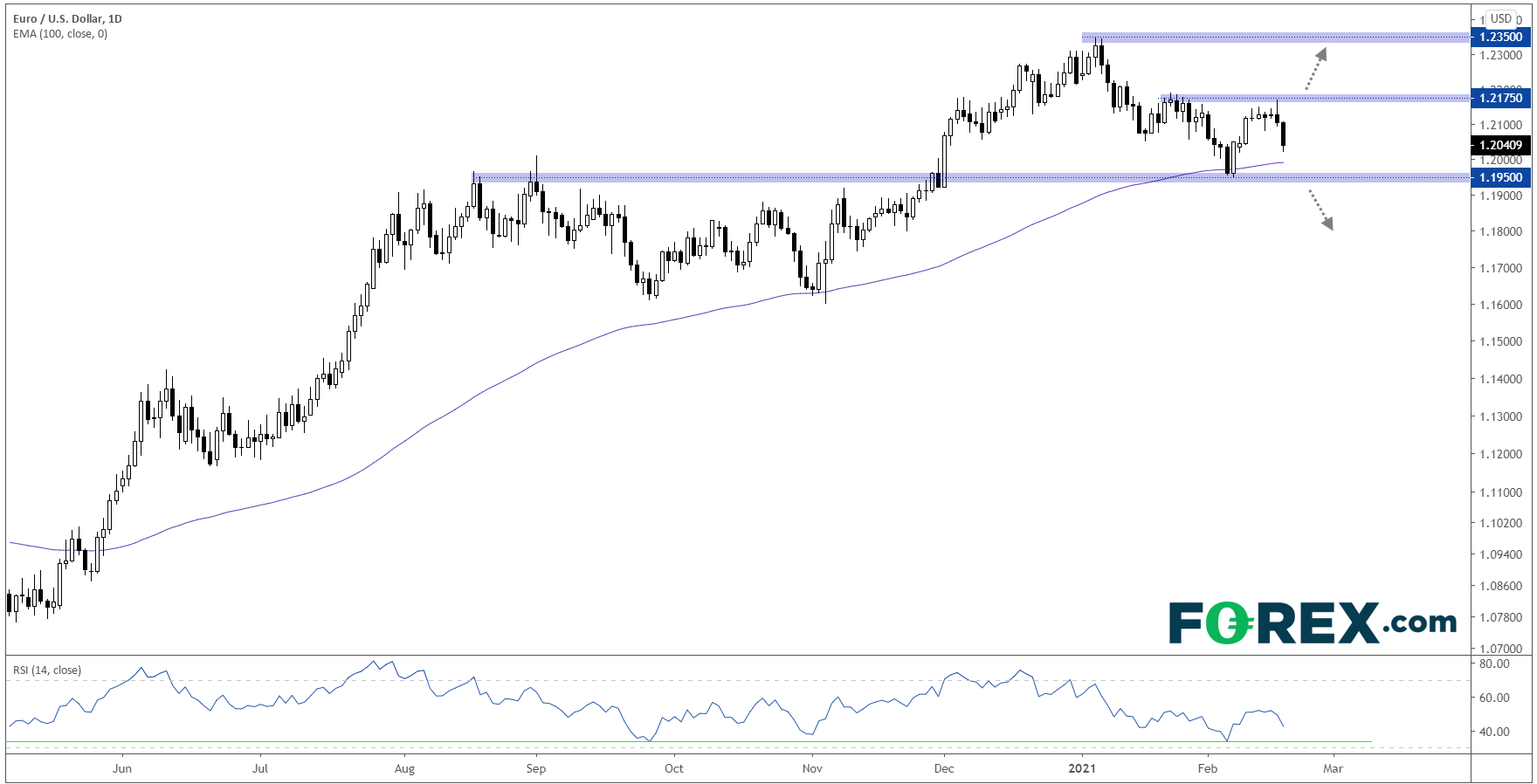 In other words, the longer-term EUR/USD uptrend is at risk, with a potential break and close below the 3-month low at 1.1950 (if seen) signaling that the momentum has shifted in favor of the bears and hint at a move toward 1.18 or lower next. One sign that astute readers may want to watch as a possible leading indicator is the 14-day RSI. The indicator hasn’t dipped into “oversold” territory.

Of course, we never want to become too focused on just one outcome. For bulls to regain the upper hand, we’d need to see EUR/USD break above its one-month high near 1.2175, a development that could pave the way for a continuation up toward 1.2350 resistance in the coming weeks.