Stock indices are storming to highs for the second consecutive day. But this time, there is more reason to trust the rise due to the ‘s background pullback.

The American currency’s reversal pattern against its main competitors on Friday has the chance to develop in the coming weeks.

The pressure on the dollar on Friday began at the start of trading in Europe. It proved remarkably resilient after the release of weak labour market data. Monday’s trading session in New York also saw the dollar bears dominate. 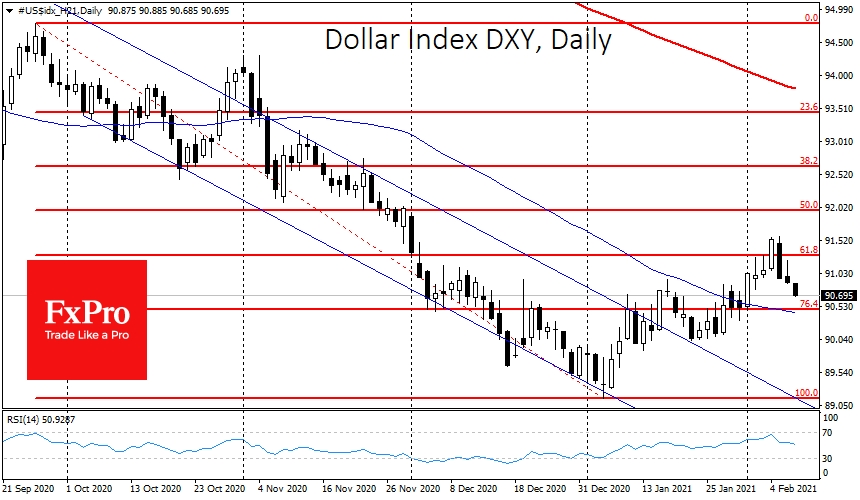 The daily charts clearly show that the DXY reversal to the downside occurred at 61.8% retracement from the September-November decline. Large players used the dollar’s recovery to dry out some of their powder and get ready for a new assault.

The next move to confirm the downtrend looks to be a break-down under the 50-day average line for the DXY, now at 90.50. However, the euro and the yen’s performance against the dollar leads one to believe that its downward trend has already resumed. 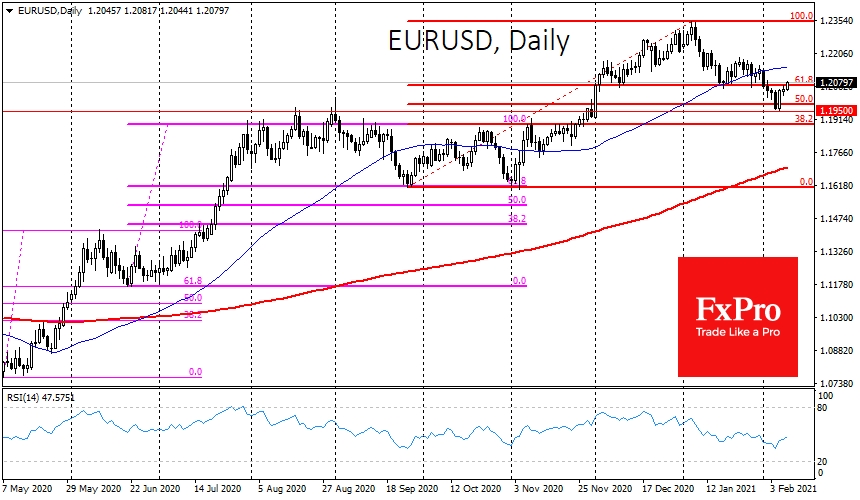 With deeper correction, has lost more than half of its September-January gains. However, on Friday, we saw a Bullish Engulfing pattern on the daily chart, a reversal signal in tech analysis when a new candlestick completely overlaps the previous one’s range.

This signals that strong buying appeared in the market after the decline. Buyers of the single currency were attracted by the tentative slide under 1.2000, confirming that this level has shifted from resistance to support. 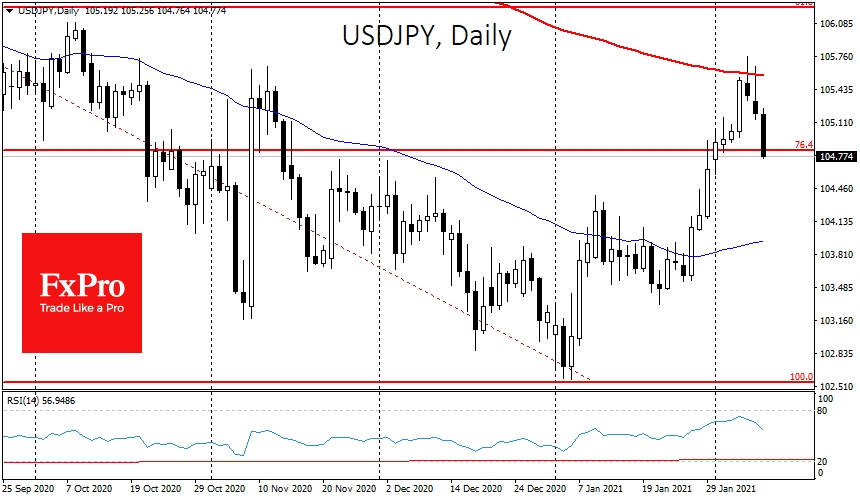 The , the third most liquid currency, saw strong demand after it touched the 200 SMA, the most crucial signal trend line. A sharp reversal from 105.50 for USD/JPY confirmed the end of the corrective bounce. After that, the pair quickly slipped to 104.80 at the time of writing. Potentially, USD/JPY could slide as fast to the 50-day average (103.95 now), just as it rallied quickly after breaking that line earlier in January.

Right now, we see just the first steps of the USD to resume its downward trend. The first local test of our hypothesis will be the area of local extremes against the USD. For EUR/USD it is 1.2200, and for USD/JPY it is 103.50. Also, the dollar index will have to fall below 90 to signal a new round of decline.