One of our traders in the Forex Analytix chatroom pointed out at the end of the session that the iShares ETF (NYSE:) has broken its ascending trendline. With that, I wanted to point out a few other things that is important to this chart as well.

First, the last rally into new all-time highs in mid-March was also with a divergent RSI, which was warning of a failed rally attempt.

Second, breaking the ascending trendline should put a 38% – 61.8% Fibonacci retracement in view for some near-term support. This could be from 200 all the way towards the 183.00 level near term. The 200-day moving average is rising daily and should be near the 61.8% retracement upon reaching there if ultimately that is where we are going in the coming week(s). 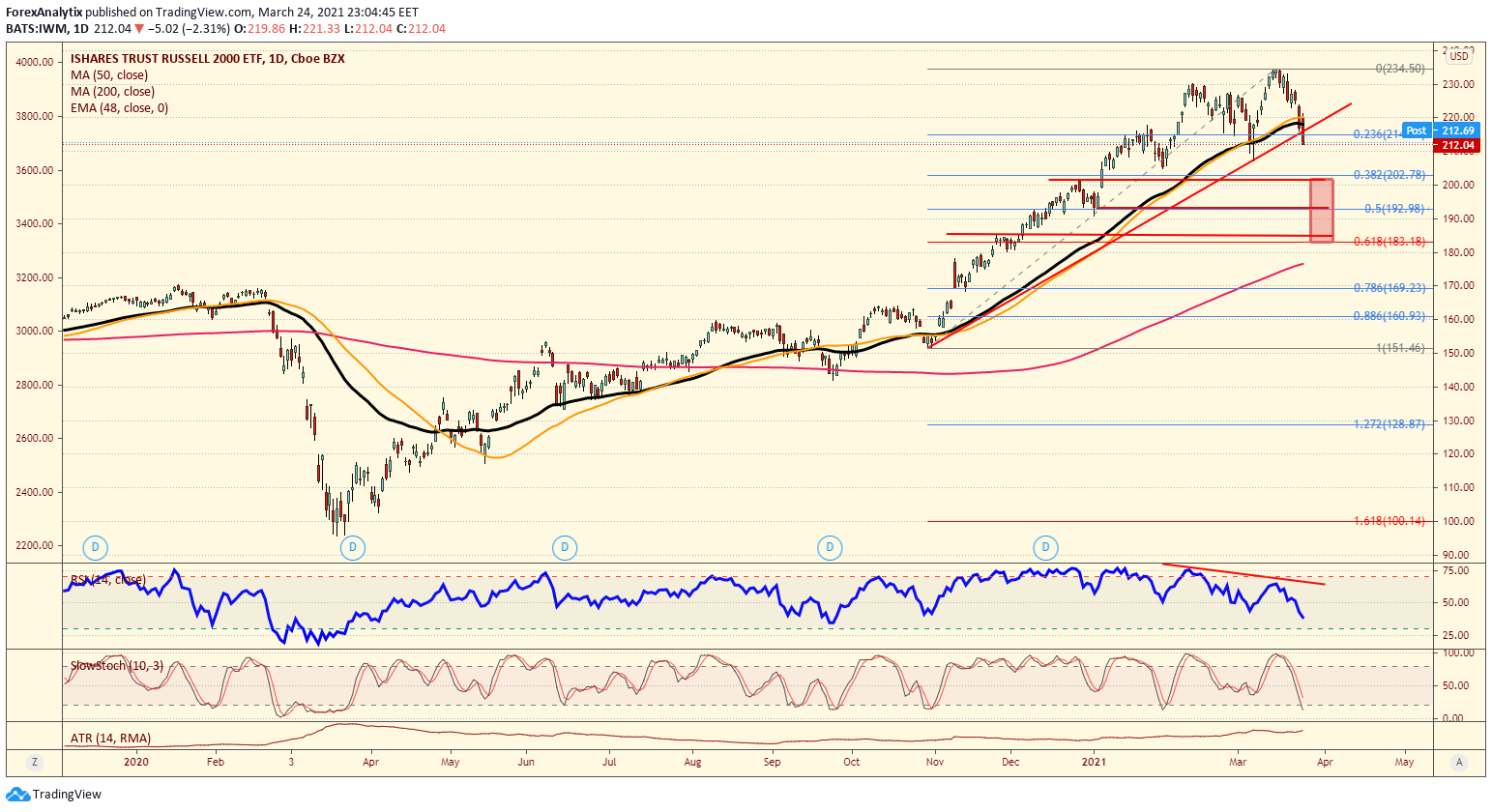