It is very difficult to be bullish on the during times like now, with COVID deaths hitting new records every day and the economy being on the brink amid ongoing lockdowns. Indeed, the pound sold off this morning on renewed concerns about a full UK border closure, which was being ‘considered’ by the government, according to Environment Secretary, George Eustice. This is due to concerns about new COVID variants being imported from abroad.

However, despite today’s weakness, I am quite bullish on the pound.

A no-deal Brexit has been avoided and with the UK being ahead of many countries in rolling out the COVID vaccines, the economy could re-open quicker and growth could rebound as confidence slowly returns. This might not happen until at least the start of Q2, but as markets are forward-looking, the latest dip in the pound could be bought.

Among the pound crosses, the is the one that I think might do well in the weeks and months ahead because demand for the haven Swiss franc is likely to drop as confidence returns. What’s more, the Swiss National Bank is always ready to step in and devalue the franc, with the currency becoming uncomfortably strong during this pandemic.

So, GBP/CHF was clearly not looking exactly bullish at the time of writing, but due to the above reasons it is one to watch in the days and weeks ahead. I reckon it could be poised for a big breakout soon; we just have to wait for the bullish trigger.

The longer-term picture is starting to show a few promising signs with the weekly chart forming higher highs and higher lows: 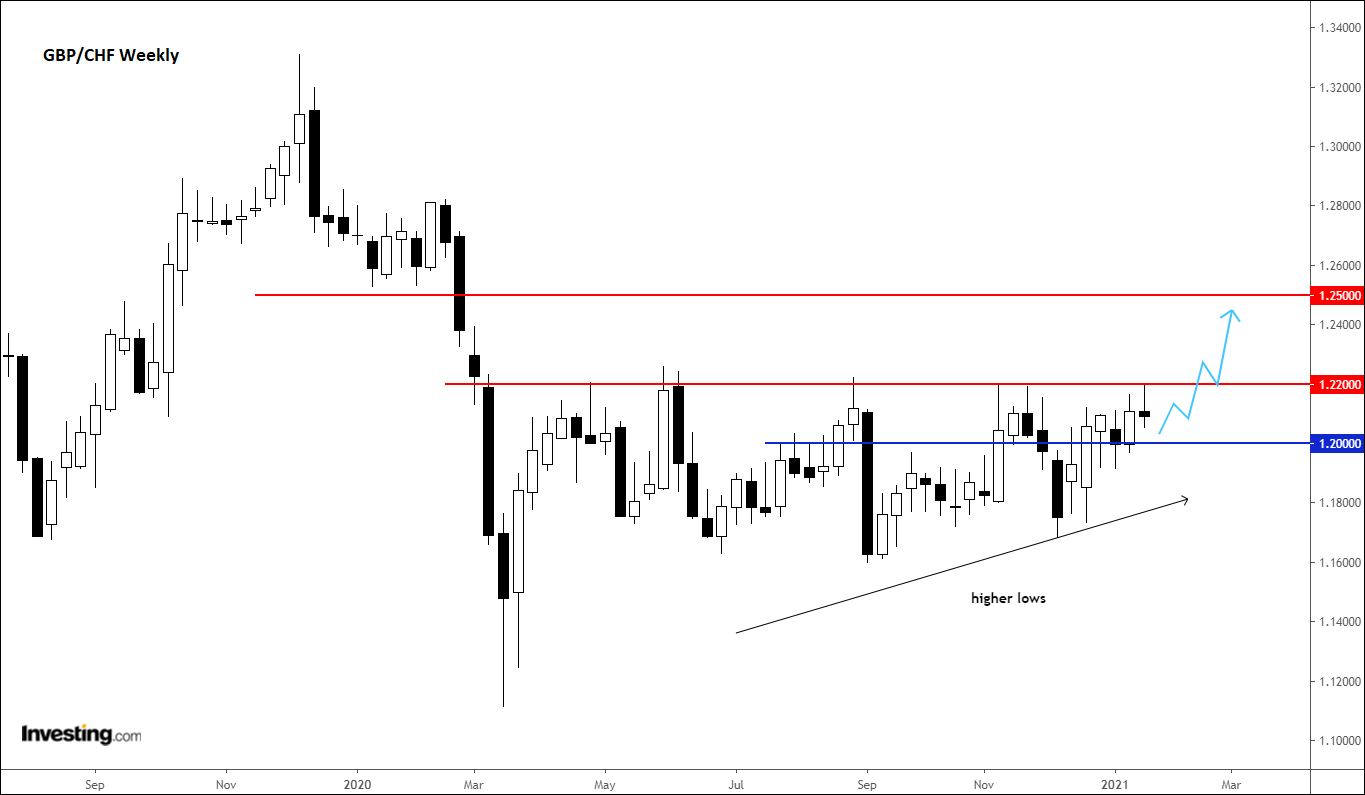 On the daily time frame, you can see that I have marked out today’s high at 1.2160 as the trigger level that might lead to the breakout: 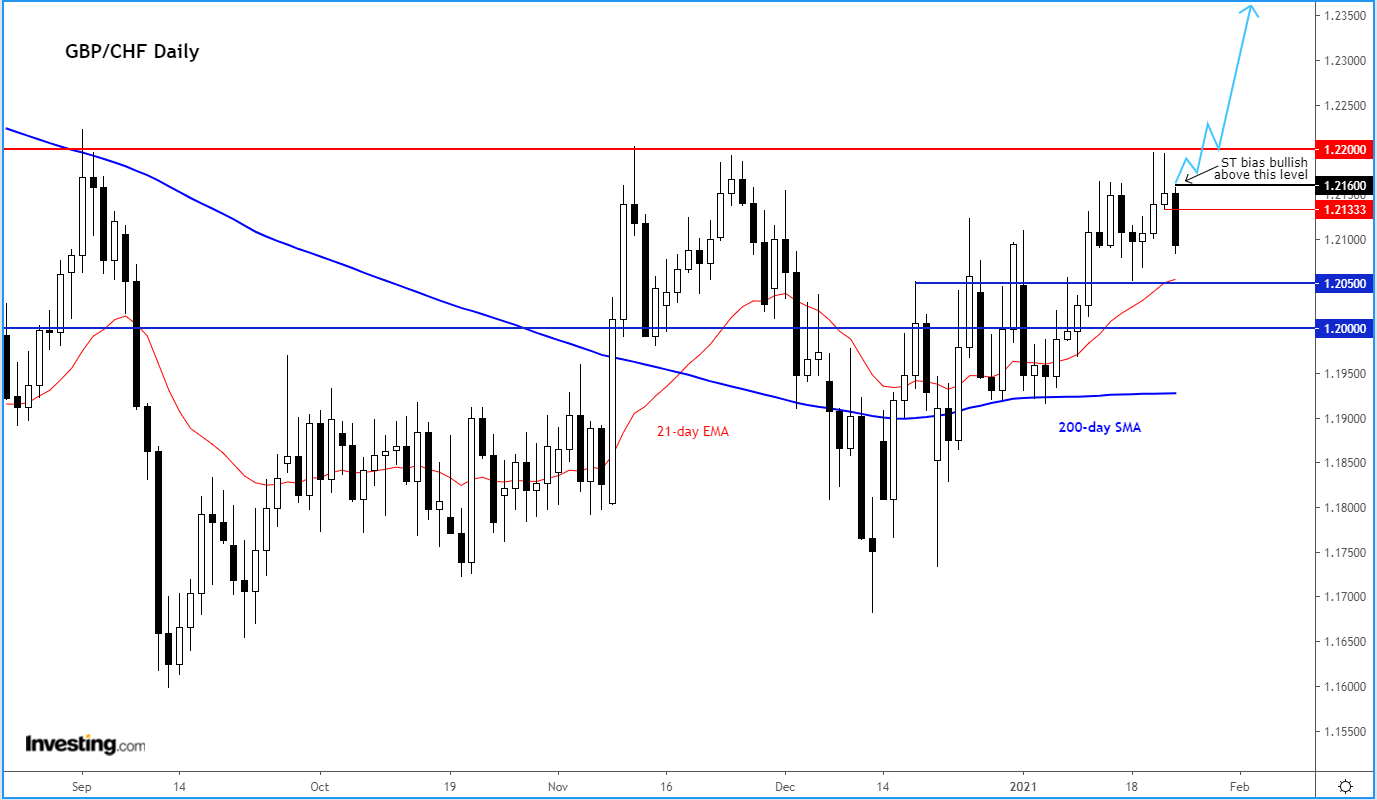 The reason I have chosen this level is because on the day before, GBP/CHF had formed a bearish-looking inverted hammer-like candle and there was some downside follow-through when the low of that candle broke today. Thus, if in the coming trading days, GBP/CHF goes back above the low of Thursday’s range and goes on to take out today’s high, this would clearly tell us that the sellers are trapped. As a result, price may then stage a short-covering rally that could take rates above the key resistance in the 1.2200 area, leading to further technical buying.

So, a move above 1.2160 is one of the ways to potentially get on board on the long side. Another way is to wait for the formation of bullish price action on the lower time frames, ideally above the 1.2000-1.2050 key support range.