The European Central Bank had a chance to shoot the down, but blew its chance and I think this has potentially paved the way for a rally towards the 1.25 handle next.

Relief that the ECB chose not to intervene in the FX markets more meaningfully than just saying it was monitoring the exchange rate developments, and the fact that its easing measures were more or less in line with the , meant that the single currency rose.

The exchange rate has been rising along with most other USD pairs ever since March, as investors reduced their haven dollar exposures in what has been one of the strongest risk rallies we have ever seen. Optimism surrounding a strong global recovery has boosted the appetite for commodity dollars, many emerging markets currencies and the euro.

But the ongoing EUR/USD bull trend has been a hated one. Last night, I was looking for some sentiment data from some of the UK brokers to get an idea of how their clients were positioned on the exchange rate. I only looked at these four brokers’ websites and this is what I learned:

Now the great thing with UK CFD brokers is that by law, they have to display on their websites the percentage of their clients that lose money. Of the brokers listed above, 65 to 89 percent of their clients are losing money. In other words, the sentiment data that they display on their websites can sometimes be a great contrarian indicator, which I believe is the case with the EUR/USD.

Judging by this sentiment data and the outlined fundamental backdrop, the EUR/USD could be heading higher from here, in my humble opinion. And that’s what the technical indicators are suggesting also.

Have a look at the monthly chart first: 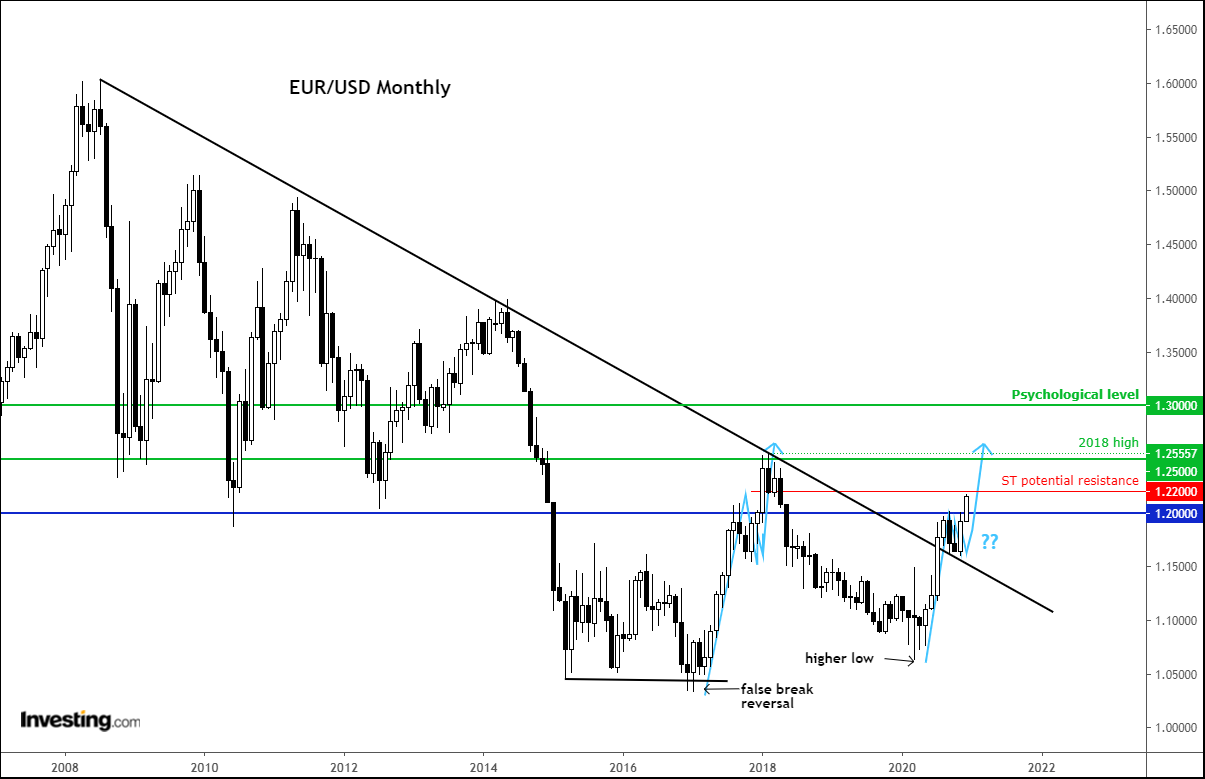 The monthly chart shows there is a possibility that the exchange rate could be heading to 1.25+ in the coming weeks or months. This is because price looks to be following the script of 2017 as illustrated on the chart. In 2017, rates surged higher, then consolidated for a while around the 1.20 handle, before extending sharply higher. Since the low was formed this March, we are seeing a similar pattern in 2020. First, the rally; then the consolidation, and now the extended rally seems to have started. 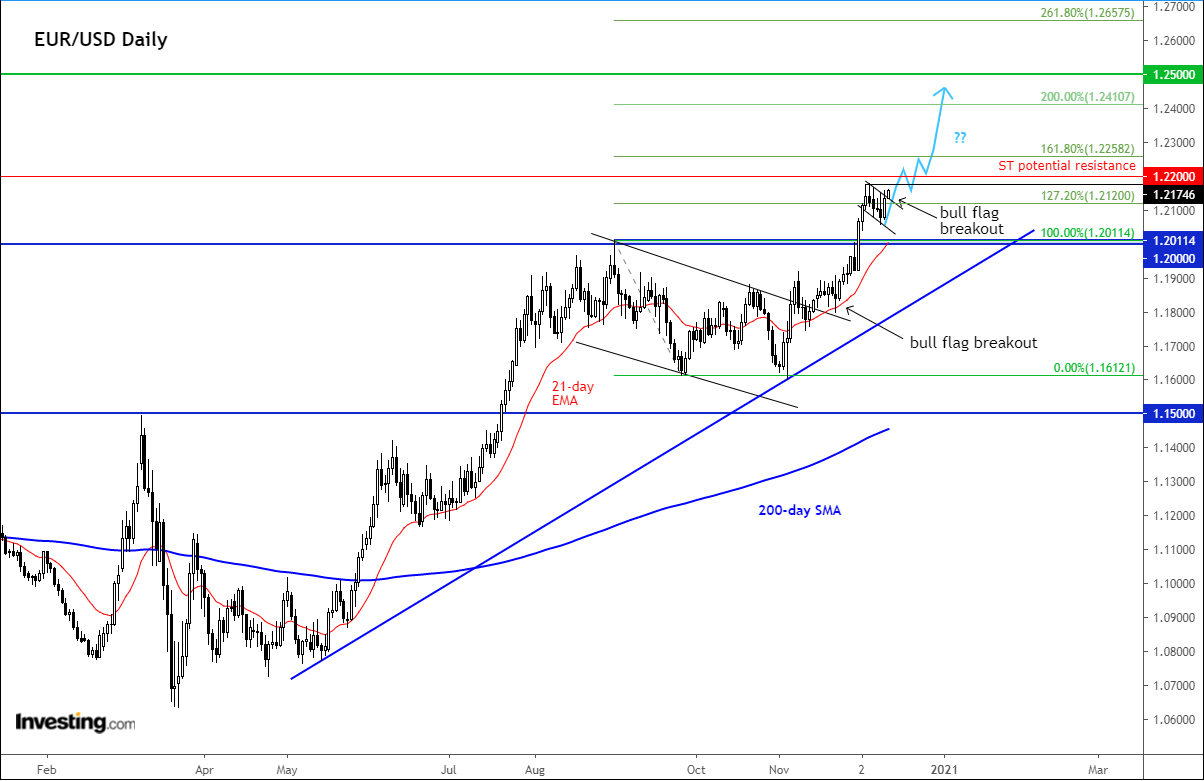 I am sure you already know, but for those new to trading, a bull flag is a continuation pattern. When prices break out, this often signals that the underlying trend has resumed. We saw a similar break out in November, which preceded a sizeable rally above the 1.20 handle.

In terms of support and resistance, the next potential trouble area on the upside could be the round numbers such as 1.2200 and 1.2300, with the former also being the point of the origin of the breakdown from April 2018. Support is seen around the 1.2100 area on the lower time frames, while on the daily 1.20 is the next big level for the bulls to defend. The latter is the point of origin of the breakout in November and also a former resistance level.

So, in summary, I think the EUR/USD is heading higher. I think 1.2500 is to be visited in the not-too-distant future. It could get there quickly if the breakout above the bull flag holds, while a failed breakout could see rates dip to 1.20 handle before potentially embarking on a fresh rally.

The only risks I see to the above forecast are:

Still, given these potential risks, ensure that if you do trade the euro long, you also take care of your own risk (correct position size, stop loss and money management, etc.).