The Canadian dollar has started the new trading week with small gains. Currently, is trading at 1.2459, down 0.14% on the day.

It was a superb week for the Canadian dollar, which gained 1.44% against its US counterpart. This marked its best week since November, as the currency rose to levels last seen in February 2018.

The Bank of Canada its Overnight Rate at 0.25% on Wednesday and reiterated that it would not raise rates before 2023. The bank also said that the economy continued to “require extraordinary monetary policy support” and pledged to continue its asset-purchase programme of C$4 billion a month. This dovish message was tempered by the bank’s revised growth forecast, which projected growth at 5.4%, compared to 4.0% in the January forecast.

The BoC noted that the economy was “proving to be more resilient than anticipated” and that Q1 was expected to show positive growth. Investors chose to focus on the growth projection, as the Canadian dollar gained 0.67%.

The week wrapped up on a high note, as February sparkled. The economy 259 thousand jobs, easily recovering the loss of 212 thousand jobs in January. This was well above the forecast of 98 thousand. As well, the unemployment rate fell sharply, from 9.4% to 8.2%. Unemployment has dropped to its lowest level since March 2020. 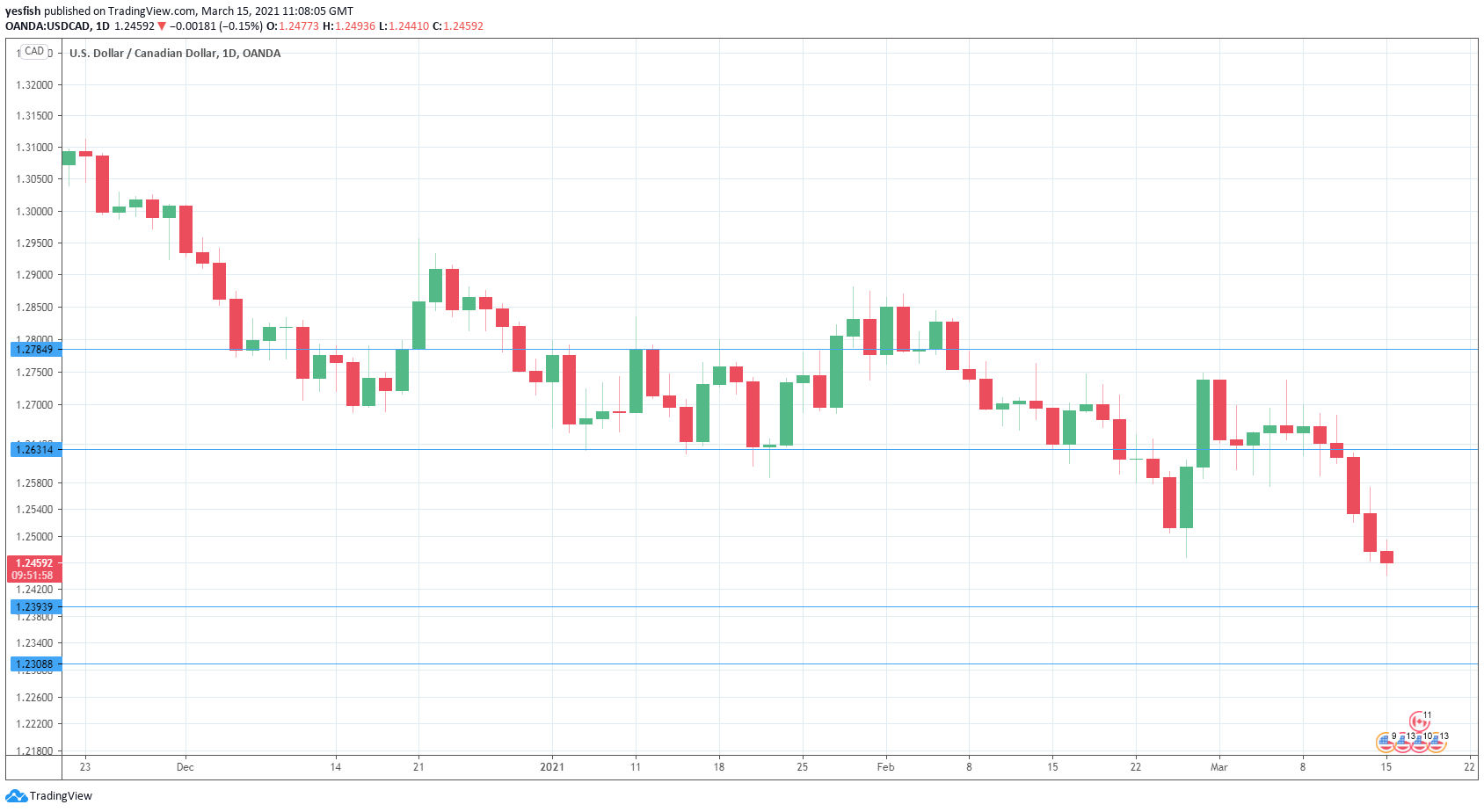