The Canadian dollar is almost unchanged in the Friday session. Currently, is trading at 1.2476, down 0.06% on the day.

Analysts are bracing for a weak release for January (12:30 GMT). Headline retail sales is expected at -3.0%, while is projected at -2.8%. December was dismal, as the indicators posted declines of -3.4% and -4.1%, respectively. A second straight decline in such a key release would indicate a further downturn in consumer spending and could sour investors on the Canadian dollar, which has looked sharp in recent weeks against the greenback.

US yields boost the dollar

The Federal Reserve reiterated its dovish stance at its policy meeting on Wednesday and said that it had no plans to raise interest rates before 2023. This was not really a surprise to the market, but the dovish message from the FOMC meeting did send the slightly lower. However, the dollar quickly erased these losses, posting broad gains on Thursday. USD/CAD rose 0.65% on Thursday, its best one-day showing in three weeks.

The catalyst for the recent US dollar strength has been rising US yields, and investors were treated to another rise in yields on Thursday. The bond market has been edgy all week, and an outstanding manufacturing reading was enough to cause a strong selloff in US bonds. The soared to 51.8 in February, up from 23.1 and its highest level in some 48 years. This signals higher input costs, and US yields took off in response. The US rose to 1.72%, while the rose to 2.47% as the US curve continued to steepen. 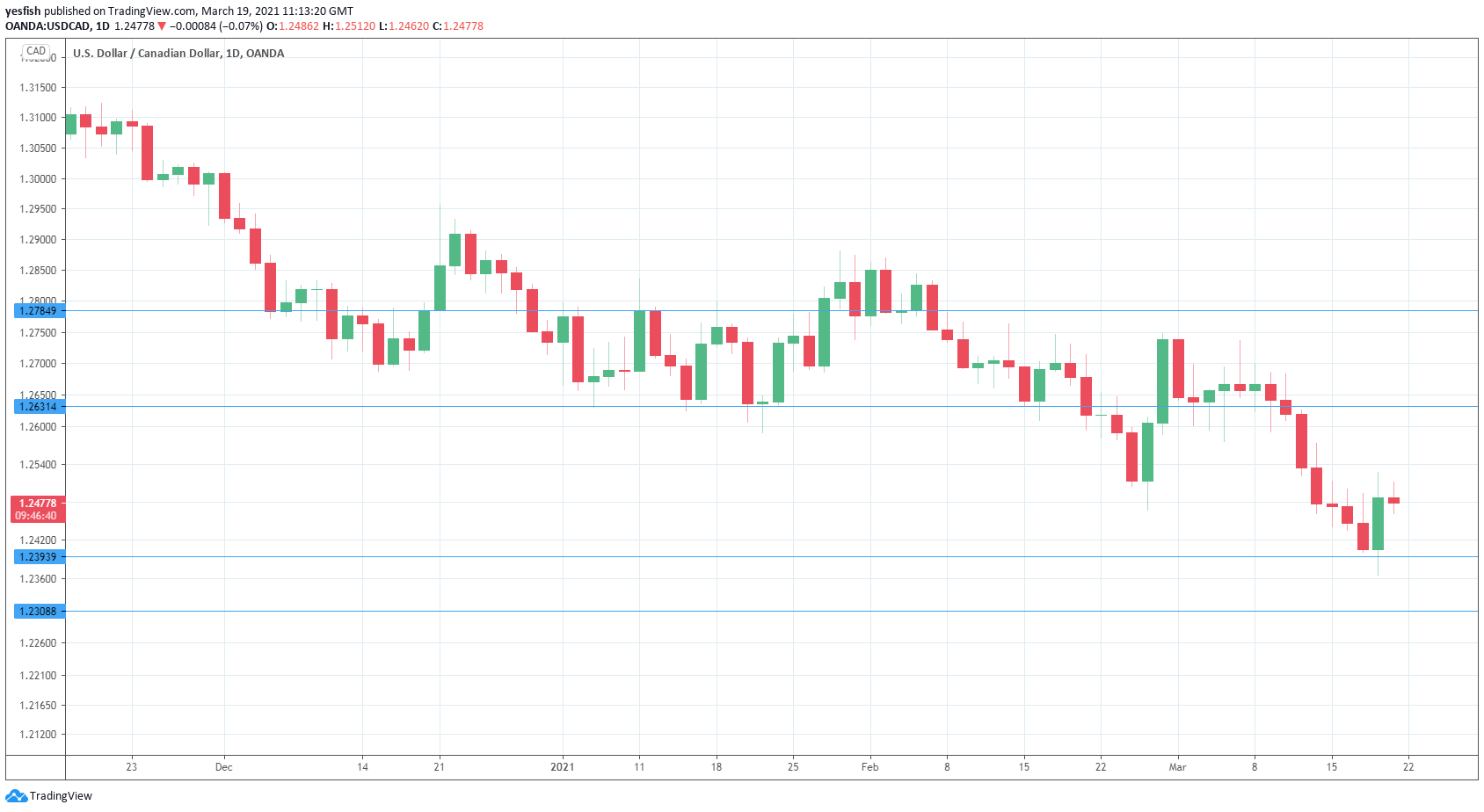 With the Canadian dollar drifting on Friday, support and resistance lines remain intact: